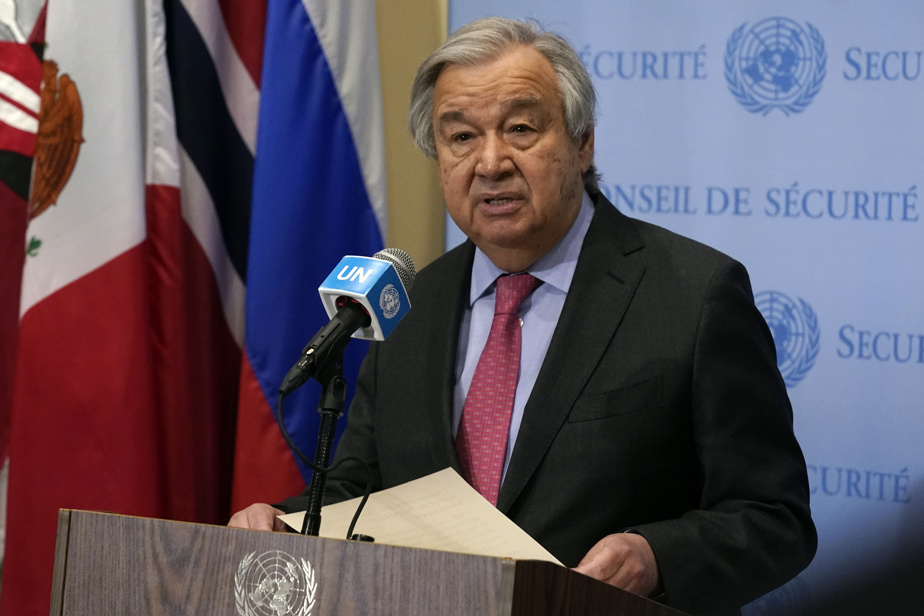 (Moscow) United Nations Secretary-General Antonio Guterres heads to Russia next week, where he will be received by Vladimir Putin, their first meeting since the start of the Russian offensive on Ukraine.

On Tuesday, Mr. Guterres sent letters to President Putin and his Ukrainian counterpart Volodymyr Zelensky, requesting to receive them in Moscow and Kiev.

“We are still working with Ukraine on the schedule and preparations,” UN spokeswoman Eri Kaneko told reporters on Friday regarding a trip to Kyiv.

Since the beginning of the Russian intervention in Ukraine on February 24, the United Nations has been sidelined in the conflict, among other things due to the division caused by this crisis among the five permanent members of the Security Council, of which Moscow is a part. Washington, Paris, London and Beijing.

Since Mr. Guterres claimed that Russia is violating the UN Charter by sending troops to Ukraine, the Russian president has refused any contact with the UN leader, who refuses to make a phone call to him.

Mr. Guterres also has few contacts with the Ukrainian president, who only had a telephone exchange on February 26.

On Tuesday, he condemned the new Russian offensive in eastern Ukraine and demanded that both sides stop fighting for a four-day “humanitarian break” for the Orthodox Easter holiday.