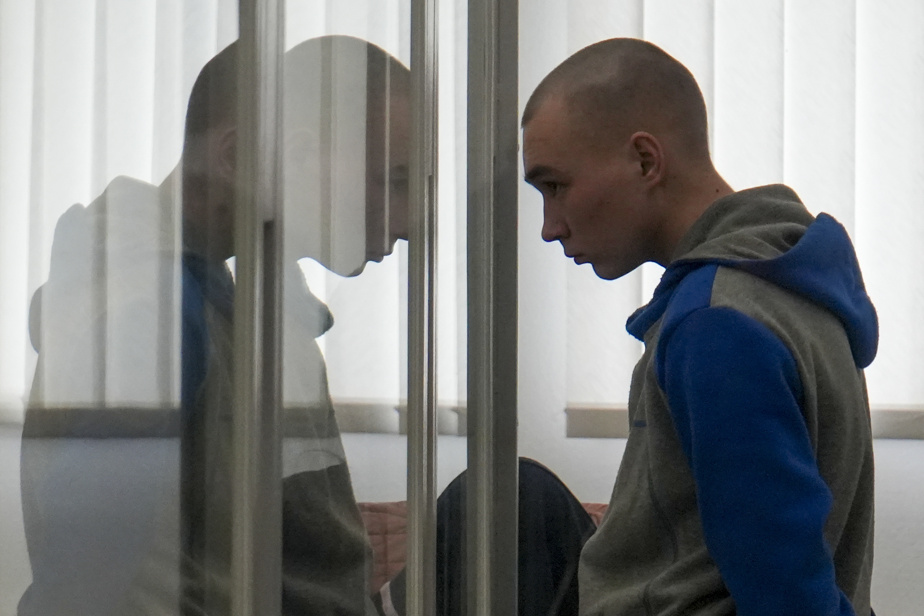 (Kyiv) His lawyer said on the third day of this trial, the first of its kind since the start of the Russian invasion, in which the verdict will be announced on Monday.

“I am sincerely sorry,” said Sergeant Vadim Chichimarin, 21, who admitted Wednesday to the killing of Oleksandr Chelipov, a 62-year-old civilian, on February 28 in northeastern Ukraine.

“I regret what I did,” the shaven-headed young man added from his glass cage. Before adding, “I was nervous in this situation. I didn’t want to kill.” “I want to apologize for what I did.”

The lawyer asserted that his client did not want to carry out the firing order, arguing that he did not obey the first time. The defense also stressed that he voluntarily surrendered to the Ukrainian forces and did not deny the facts.

The lawyer asserted that the soldier was only trying to save his life, placing the responsibility on his commanders.

The prosecution swept the arguments that demanded life imprisonment. “He was carrying out a criminal order and he was well aware of it,” one of the prosecutors said.

Speaking in Russian, the soldier had an interpreter at his side who translated for him the words of the other participants in Ukrainian.

According to the prosecution, Vadim Chichimarin was leading a small unit inside a tank division when his convoy was attacked. Then he and four other soldiers stole a car.

While they were driving near the village of Chubakivka, in the Sumy (Northeast) region, they came across Mr. Chelipov, who was pushing his bicycle while on the phone, before being killed by Mr. Chichimarin.

Already on Thursday, this soldier from Irkutsk in Siberia had “asked forgiveness” from Mr. Chelipov’s widow during a brief exchange between the two in a Kyiv courtroom, justifying his action with the “orders” he had received at that time.

The judge announced that the verdict is expected at trial on Monday.