Home World The war in Ukraine | Another Russian general was killed, Kyiv claims 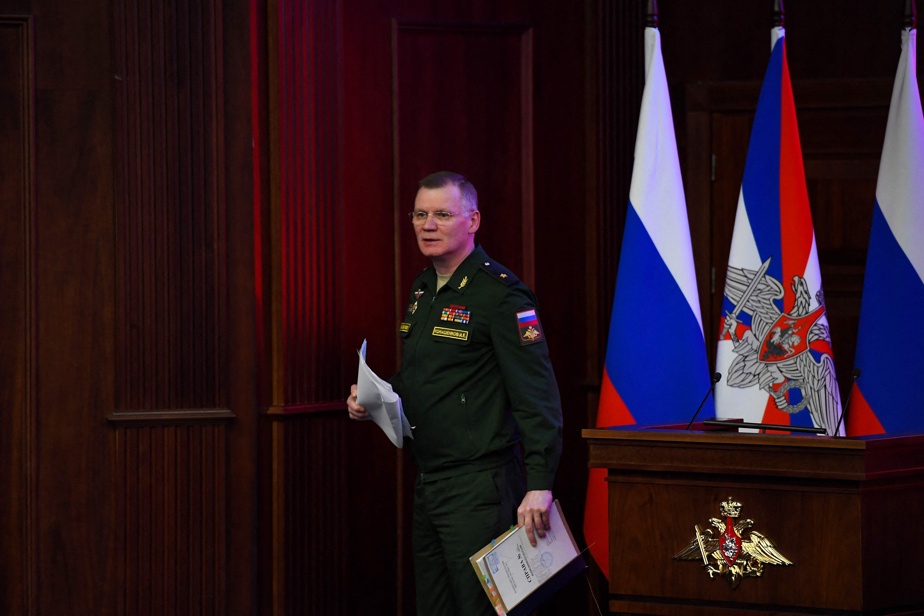 (Kyiv) Kyiv on Friday claimed to have killed a new Russian general during the fighting in southern Ukraine, according to Ukraine’s presidential adviser, Oleksich Aristovich.

“Our forces […] kill commander 49And the Mr. Aristovich said in a video message that the army of the Southern District of Russia, General Yakov Rezantsev, was in the bombing of the Chornobayevka airfield ”, located in the Kherson region (south).

This is the sixth Russian general killed in Ukraine since the war began on February 24, according to Kyiv, which has claimed responsibility for the killing of generals Andrei Sukhovitsky, Andrei Kolesnikov, Vitaly Gerasimov, Oleg Mityaev and Andrei Mordvichev.

Russia has so far confirmed the death of General Andrei Sukhovitsky, deputy commander of the 41st in UkraineAnd the The army after service in Syria in 2018-19, as well as the number 2 in the Black Sea Fleet, Captain Andrei Balich.

“Another two-star general was killed today on the Russian side, the second in twelve days,” retired US General Mark Hurtling said on CNN March 8, noting that the Russian military was making “frequent mistakes” and “reported uncoded.” Means “.

The rumors of the killing of other Russian officers, while the Russian attack, in the opinion of observers, was much less effective than Moscow initially expected.

All the analysts consulted by AFP found the Russian military’s astonishing unpreparedness before the attack.

Alexander Greenberg, an analyst at the Jerusalem Institute for Security and Strategy (JISS), notes that while the circumstances of Gerasimov’s death remain unknown, it appears that Sokovitsky was killed by a sniper.

“He was killed two days after (the start) of the operation because no one had ever thought about war,” he told AFP.

“They thought it would be a police-like operation to replace Zelensky with a pro-Moscow government,” he added. “It is impossible for an officer of this rank to be so close to combat.”

Eli Tenenbaum, a researcher at the French Institute of International Relations (IFRI), believes that the presence of officers of this caliber on the ground testifies to the fact that Moscow “requires generals to be at the head of their forces and to take risks.” To compensate for the difficult moral situation of the troops.

Russia admitted on Friday that 1,351 of its soldiers have been killed since the start of its military offensive in Ukraine.