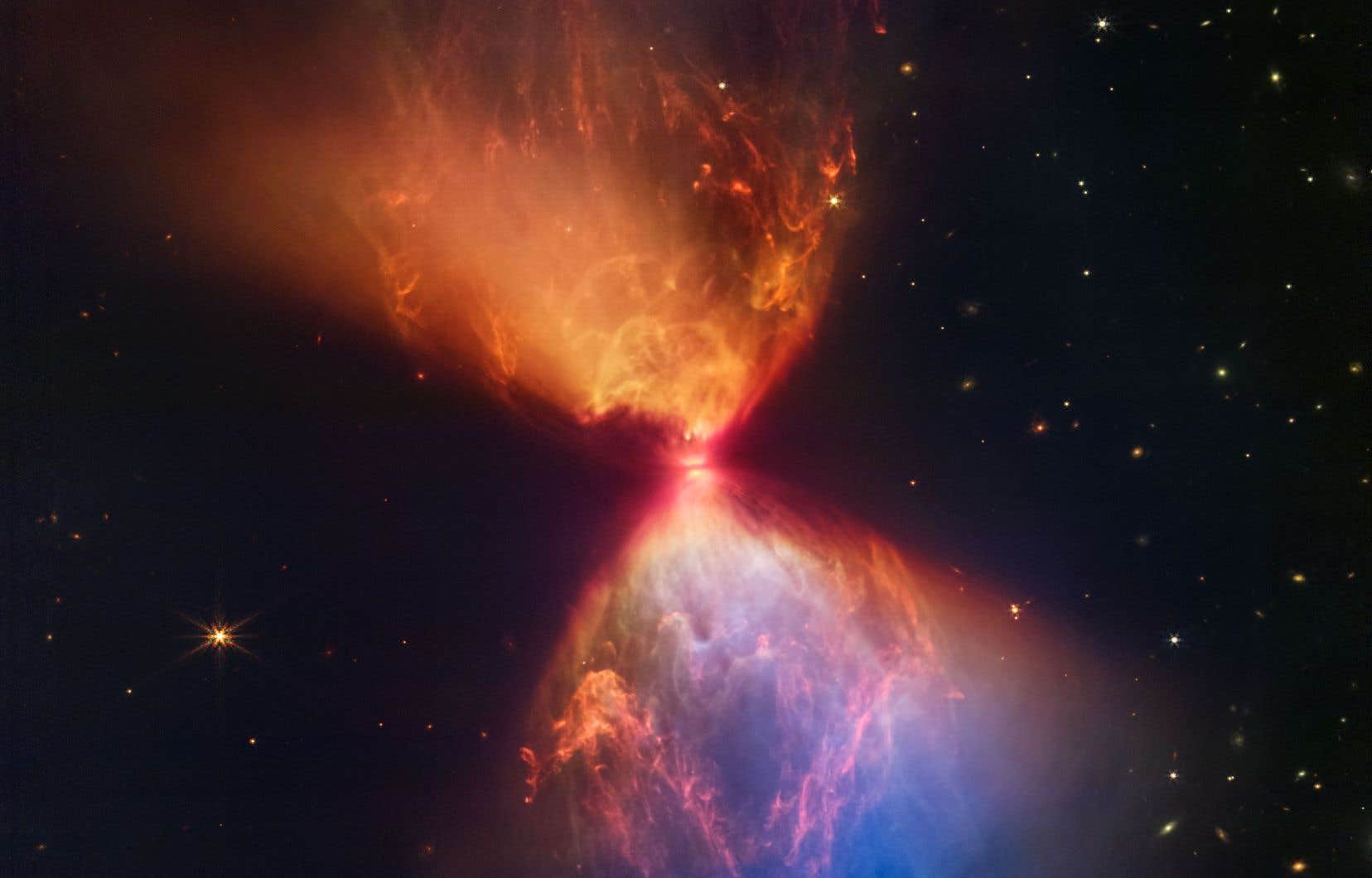 The James Webb Space Telescope on Wednesday revealed dazzling new images of a huge hourglass-shaped cloud of dust around a forming star.

These hitherto hidden orange-and-blue clouds were visible by the telescope’s NIRCam instrument, which operates in the near infrared — a wavelength invisible to the human eye.

The very young star, known as “protostar L1527” and located in the constellation Taurus, is hidden in the darkness by the edge of a rotating disk of gas in the neck of the hourglass.

NASA and the European Space Agency (ESA) explained in a joint statement that the light from this protostar “leaks” above and below this disk, illuminating cavities in the surrounding gas and dust.

The clouds are created by the collision of material ejected from the star with surrounding material. The dust is finer in the blue parts, and thicker in the orange parts.

The protostar is only 100,000 years old, and is in the early stage of its formation. She is not yet able to generate her own energy.

The study said the surrounding black disk, roughly the size of our solar system, would provide the protostar with material until it reaches the “necessary minimum for the initiation of nuclear fusion.”

“Ultimately, this view of L1527 provides a window into the shape of our early solar system and solar system,” the two agencies added.

Located 430 light-years from Earth, the Taurus molecular cloud is home to hundreds of forming quasars.

James Webb, whose first color images were revealed in July, is making his observations 1.5 million kilometers from Earth.

One of the main purposes of this $10 billion telescope is to study the life cycle of stars.