Home World The first octogenarian in the White House 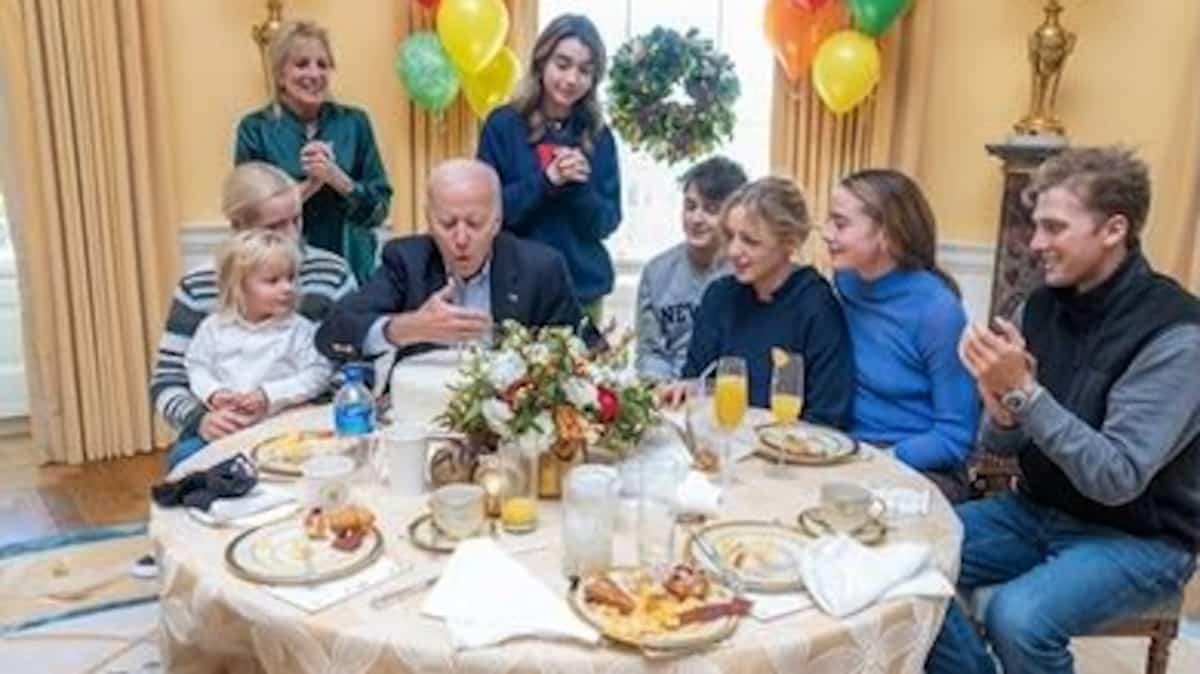 It is the first time a sitting US president has turned 80, but Joe Biden, whose age is being debated as he plans for re-election, was not particularly relevant on Sunday.

It took until mid-afternoon for his wife, Jill Biden, to send an affectionate message, with two photos of the couple dancing in tuxedos and party wear.

“I don’t want to dance with anyone else. Happy Birthday Joe! I love you,” the first lady tweeted.

This is the only post from the White House, which has not planned any public event for Sunday and has not indicated specifically how, or even if, the president will celebrate his birthday.

On Saturday, however, the president celebrated another important family milestone at the White House: the wedding of his granddaughter Naomi, which is closed to the press.

The Democrat also intends to discuss his potential 2024 presidential candidacy with the family. Until now, he reiterates that he “intends” to launch, promising to announce his decision at the beginning of next year. .

According to various opinion polls, the majority of Americans reject the idea of ​​a new candidacy.

If Joe Biden is no exception in the American political scene, where it is not uncommon to encounter influential figures over the age of 70 or even 75, the midterm elections ushered in the beginning of a generation change. in his party.

For example, 82-year-old ultra-powerful Nancy Pelosi has given up running for a new term as Speaker of the House.

The US President had a detailed medical examination about a year ago, concluding that he was “strong” and “in good health.”

But Joe Biden, like other presidents before him, bears the signs of a stressful job.

It is hard now to forget his age, betrayed by his more solid gait and certain moments of confusion.