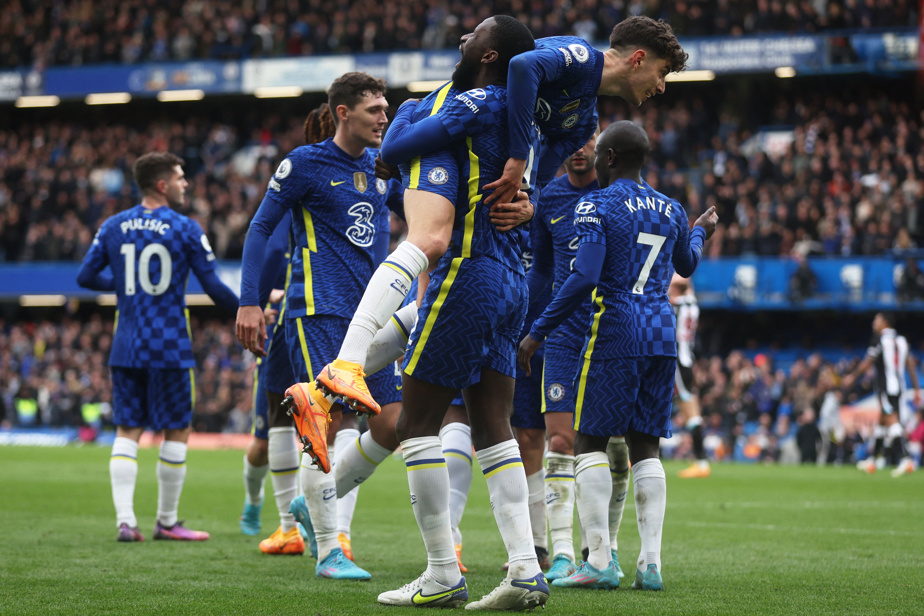 The European Union has imposed sanctions on Chelsea FC owner Roman Abramovich as part of a new package of measures targeting Russia and close allies of President Vladimir Putin.

The European Union has included the Russian oligarch in its updated list of those subject to asset freezes and travel bans due to their role in the Russian invasion of Ukraine.

Prime Minister Boris Johnson’s government last week imposed sanctions on Abramovich, 55, in Britain. The aluminum magnate was among seven wealthy Russians whose assets were frozen under British sanctions in response to Russia’s invasion of Ukraine.

Abramovich has also been suspended as manager of the Premier League club.

The European Union revealed that Abramovich “had privileged access to the (Russian) president and had a good relationship with him. This association with the Russian ruler helped him preserve his great fortune.”

According to the 27-nation European bloc, Abramovich’s relations with Putin helped him preserve his wealth, while the economic activities of the oligarchs provided significant revenue for the Russian government.

In addition to his Russian passport, Abramovich also holds Portuguese citizenship, so it is unclear how the travel ban from the European Union will affect his ability to move freely in the region.

EU sanctions against Abramovich were announced a day after a BBC investigation uncovered new evidence of alleged bribery deals that made the Russian businessman rich.

The sanctions imposed on Abramovich also affect his football club. As part of the UK government’s measure, Chelsea will operate until the end of this season under a special “Russian Regulations” license which, among other restrictions, prohibits the team from selling new tickets or merchandise, or recruiting new players.

EU officials said the bloc had no intention of imposing sanctions on Chelsea.

Separately, Chelsea withdrew its request to play the FA Cup match against Middlesbrough behind closed doors, as the FA announced after the second-tier club refused to host the match.

The Premier League team has suggested that the match be played without spectators as the government will not allow Chelsea to sell tickets under the terms of their operating license following owner Abramovich’s penalty.

“After constructive discussions between the FA and Chelsea, the club has agreed to withdraw its request … (the quarter-final match) to be played behind closed doors,” the FA said in a statement.

Chelsea made the request to protect ‘Sporting Integrity’ in the quarter-finals after being unable to persuade the Office of Financial Sanctions Enforcement (OFSI) to relax the rules ahead of Saturday’s game.

Meanwhile, Middlesbrough said it would be “blatantly unfair and baseless” to prevent fans from attending the match.

Chelsea owner Abramovich’s assets have been frozen following last week’s British government sanctions over his links to Russian President Vladimir Putin after the start of the war in Ukraine.

“Given the reasons for these sanctions, Chelsea’s pursuit of sporting integrity as the reason for the match to be played behind closed doors is deeply ironic,” Middlesbrough said in a statement.

The Football Association will discuss Chelsea’s request at a meeting later on Wednesday.

“It is with great hesitation that we ask the FA Board of Directors to order that the match be played behind closed doors for reasons of sporting integrity,” Chelsea said in a statement.

“Chelsea FC understand that such an outcome would have a huge impact on Middlesbrough and its supporters, as well as our fans who have already bought the limited number of tickets sold, but we believe it is the fairest approach in the current circumstances.”

Chelsea were reportedly allowed to get access to Middlesbrough supporters who had already bought tickets before Abramovich was penalized.

“It is our priority to preserve the integrity of the match, and Chelsea will have a limited number of fans for the Middlesbrough match,” the government said in a statement. We are working to ensure that more supporters can attend matches, but this has to be licensing compliant, so we are ensuring that no additional revenue can be generated because the club is owned by someone who is now under sanctions both in the UK and in the European Union. »

FA chief executive Mark Bullingham was answering questions from lawmakers in London during a Russia sanctions hearing when news emerged of Chelsea’s request.

“When we step back and look at what the government is trying to achieve with sanctions against Mr. Abramovich, it’s clear that the pressure is on Mr. Putin,” Bullingham said. I don’t think the intent is to prevent Chelsea fans from going to matches or Chelsea fans from coming to Stamford Bridge. Establishing a short-term penalty is very complicated, and all this will have to be worked on. »