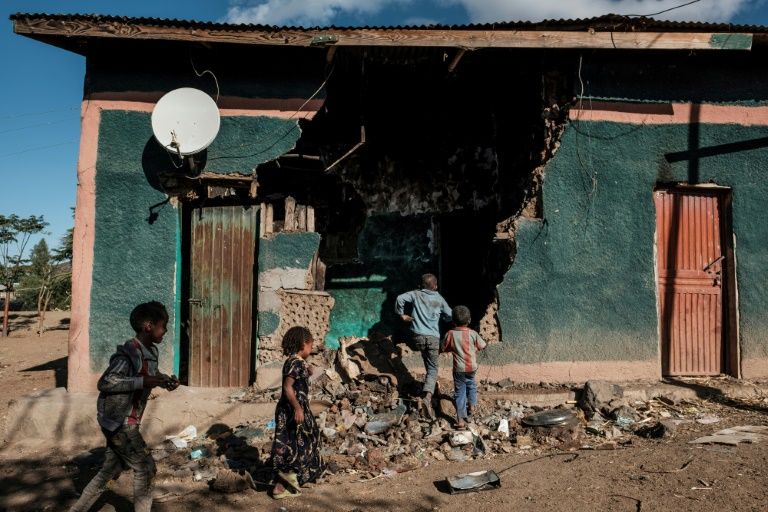 A high-ranking Ethiopian military official confirmed, in a video clip seen by AFP on Wednesday, that forces from neighboring Eritrea had entered the northern Tigray region during the conflict there.

The Ethiopian federal government has long denied persistent allegations that Eritrean forces were in Tigray, with Prime Minister Abiy Ahmed launching a military offensive against the region’s opposition leaders in November, killing thousands.

But Major General Pillai Seyoum, commander of the Northern Division of the Ethiopian Army, opposed this denial in a video clip dating back to the end of December, which appeared on social media on Wednesday.

“An unwanted foreign force entered our territory” during the fighting in Tigray, he said in the video in which he spoke with residents of the capital, Mikeli.

He added that the Eritrean army “entered our lands by itself, and this must be clarified,” without specifying when the soldiers crossed the border, where they went, or whether they were still in Ethiopia.

He said, “The main mission of the Ethiopian Defense Forces is to protect the territorial integrity of Ethiopia.”

“My conscience does not allow me to ask the Eritrean army to help us. We can solve our problem by ourselves.”

The US State Department said in December that it was “aware of credible reports of Eritrean military involvement in Tigray” and called for a withdrawal of the forces.

Ethiopia’s ambassador to the United States Fitzum Ariga denied the claim, tweeting: “Repeat a lie often enough and it will become the truth!”

Tigrayans told AFP that Eritrean forces are in the area accusing it of committing various violations and looting.

See also  Zelensky to the Russians: “You will be killed one by one” as long as Putin is in power

Prime Minister Abe reached a historic peace agreement with Eritrea shortly after taking office in 2018, and he won the 2019 Nobel Peace Prize.

Before the conflict began, Tigray was home to 96,000 Eritrean refugees who fled the Afwerki regime in one of the world’s most oppressive countries.

The United Nations is among those who have voiced their concerns that Eritrean refugees in Tigray may face reprisals from Eritrean forces – or even be forced to return to the country.

Also on Wednesday, the council representing Ethiopian Muslims condemned the partial destruction of one of Africa’s oldest mosques in the fight against Tigray.

Qasim Muhammad Tajuddin, Secretary of the Supreme Council of Islamic Affairs in Ethiopia, said that the Negus Mosque was hit by artillery fire and its materials were looted.

He called on the government to “expedite the bringing to justice of those entities that committed these disgraceful acts.”

The mosque was built in the seventh century, and is considered one of the oldest burial sites for Muslims. Muslims believe it houses the shrine of many of the Prophet Muhammad’s disciples.