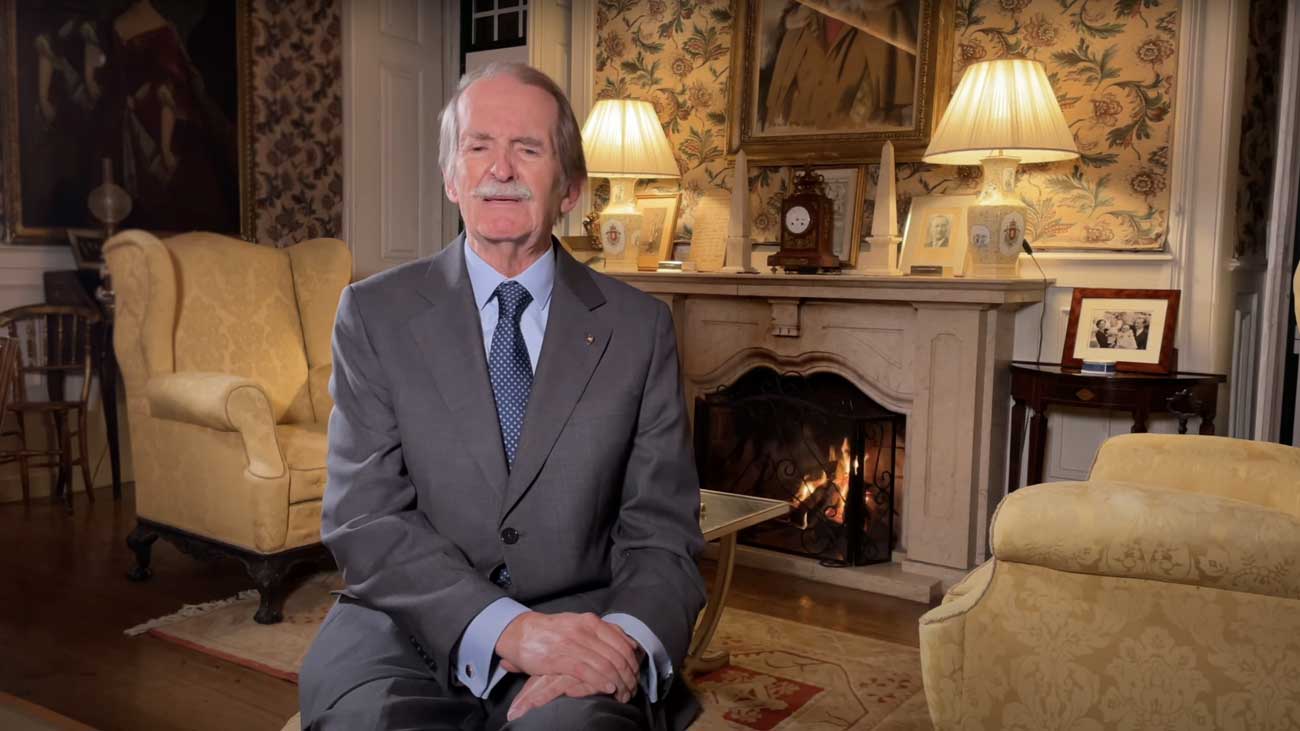 The pretender to the throne of Portugal, Dom Duarte de Bragança, is the first to share his message at the end of the year, on the occasion of Independence Day. The Duke of Braganza gave a speech in which he reviewed the current situation in his country, Europe and the world. A descendant of Portugal’s kings took the opportunity to pay tribute to the founder of the monarchy, who passed away in 2020, emphasizing the need to restore the monarchy.

Read also: Grand Duchess Maria Theresa wears the Belgian crown at a state banquet in Portugal attended by the Duke of Braganza

The grandson of King Miguel I of Portugal shared his recorded message on the occasion of the year-end celebrations and Independence Day, which commemorates Portugal’s independence from December 1, 1640, after the Portuguese revolt against the Spanish occupier. On that day, the supporters of the Duke of Braganza captured the royal palace in Lisbon and confirmed Portuguese sovereignty.

The Duke of BraganzaThe 77-year-old began his speech by talking about the Ukrainian conflict. We faced a reality that we all considered an unlikely war in Europe.recognized claimant to the throne of Portugal. “Every day we witness the destruction of Ukraine that will represent several generations between two peoples.” Dom Duarte emphasized the mobilization of the Portuguese to this cause. He pointed out that he himself went to Ukraine, where he participated in the opening of a reception house for refugees crossing to Hungary, and that the Order of St. Michael supported many humanitarian activities in the region.

The Duke of Braganza warned that this conflict is already having serious consequences for the economy and the daily lives of families in Europe and Portugal. Inflation and overproduction are likely to continue as long as the situation persists. Unfortunately, Dom Duarte points out that “All the cases of corruption we’ve seen in recent times” Do not help the economy to stand on its feet. Although Portuguese companies are increasingly opening up to the world, efforts are still being made in this field.

This development can only be attributed to poor economic policy choices. Unlike in countries closer to the Portuguese Republic, successful people and businesses fall victim to social envy and financial oppression.insists the Duke of Braganza. “Because of this situation and the economic stagnation we are witnessing, more and more of our young people are looking for work outside the country, far from their families and communities. Currently, more than 40% of our immigrants are between the ages of 20 and 29.”

Read also: The Duke of Braganca in Düsseldorf where two queens of Portugal were born: visit to the Parliament of North Rhine-Westphalia

Royal stability could smooth out some of the political imbalances

” More and more we need a project for the nation, and it is available less and less continues the President of the House of Braganza. Taking Gonzalo Ribeiro Telles as a model, Dom Duarte points out that “It is absolutely necessary, as we seek to make Portugal viable, to reflect on our roots and our future as a free and independent nation.”

Then Dom Duarte quotes Gonzalo Ribeiro Telles, founder of the People’s Monarchist Party (PPM) who passed away in 2020. ” There must be a permanent and historic institution, the King, that guarantees national unity, freedom, diversity of opinions and goals, as well as our place in this international context. Only in this way can we continue to be a free and independent nation and play in the world the role to which our history and our civilization oblige us.

Before concluding his message by wishing happy family celebrations to all Portuguese, the Duke of Bragança is looking forward to the next World Youth Day to be held in Portugal in August next year.

Nicolas Fontaine has been working as a freelance web editor since 2014. Having been a copywriter and author for several Belgian and French brands and media, he specializes in royal news. Nicolas is now the editor-in-chief of Histoires royales. [email protected]