It should be noted that the target audience of AFKW, in contrast to traditional Francophone organizations where the average age of members is higher, is young families. On that day, under the bright sun, the Portuguese club grounds turned into a paradise for young children. In addition, the organization provided free hot dogs, cotton candy, chips, and refreshments.

More than 250 people invaded the site. “We had to take 38 new records, which no one had heard of. Usually, we only have two or three,” confirms the organization’s coordinator, Celine Corvey. 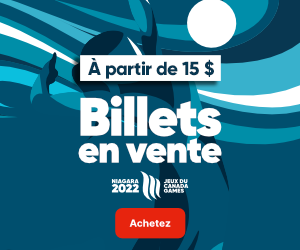 While the young people were busy running in the field and participating in all kinds of games, the parents were able to meet the French-speaking workers from the many organizations or companies that provide products, programs and services in the area.

For example, the Cambridge Municipal Day Program booth allowed visitors to meet the new coordinator of activities for Francophone seniors. There were also the usual partners, including the MonAvenir Catholic School Board, the Oasis Center des femmes, the Collège Boréal and Épelle-moi Canada.

There were also other players unknown to the public, including Lysanne Campagna-Dalglish who provided cleaning products of all kinds with far fewer chemicals, and Espérance Tabisha who sold clothes for the whole family made of African fabrics.

Among other activities, Madame Caro (Caroline Lavalle-Melot) read a children’s story at the beginning of the afternoon, as a prelude to a performance by Jackson, the magician from the Big Smile Company, with which he astounds the little ones. The ability to get out of handcuffs in the blink of an eye.

On the musical side, the band La Douve from Kitchener performed some of their compositions in French, as well as several others from their popular rock group.

Also, for book lovers, AFKW placed long tables full of French books in the center of the field behind the club. These books of all genres and for all ages have been offered free of charge to the public, courtesy of Csc MonAvenir.

A silent auction closed the event, which proved beyond a doubt that the Francophones of Kitchener-Waterloo were eager to resume a more normal rhythm of life after the pandemic.