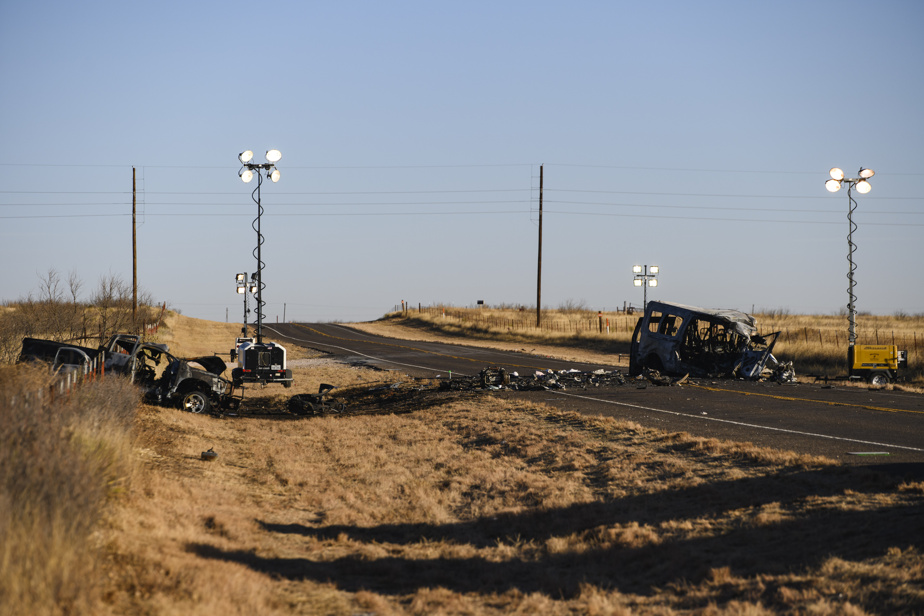 Six members of a University of New Mexico golf team and their coach were killed in the accident Tuesday night in West Texas, police said.

The 13-year-old boy and his 38-year-old father were also killed.

On the evening of the tragedy, the truck they were traveling in veered into the opposite lane, colliding head-on with the truck, according to Texas authorities.

Then both cars caught fire.

Bruce Landsberg, of the US National Transportation Safety Board, told local KWES TV that the young man was driving at the time of the accident.

At age 13, driving is not allowed in Texas. You have to wait 15 years for an accompanying driver’s licence, and therefore you have to take the road together with an adult who holds the licence.

Landsberg said the truck’s left front tire appeared to have exploded before the accident, which occurred while both cars were traveling at high speeds.