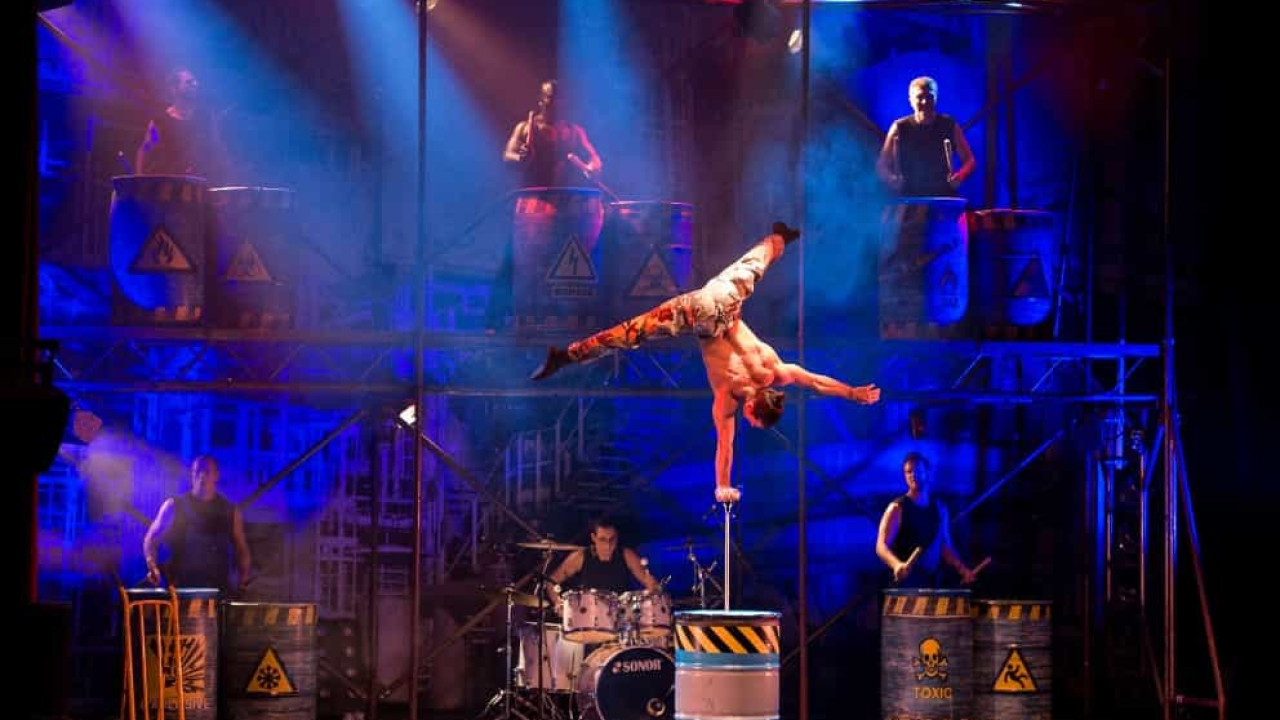 noOn the 14th and 15th of October, the exhibition Tap Factory, established in Portugal in 2012, will be held again at the Teatro Tivoli BBVA in Lisbon.

Held in a factory setting, this show combines creativity, discipline and entertainment, to the rhythm of tap dance, hip-hop and drumming.

The “artistic cocktail” combines different styles of music and dance with the amazing movements of aerial acrobatics.

After playing in more than 20 countries, Tap Factory is now back in Lisbon for three sessions celebrating a decade of shows around the world: October 14th at 9pm and October 15th at 4pm and 9pm..

Tickets are already on sale on UAU.pt, Tickline.pt and at the usual venues.

Vincent Pausanias, an accomplished French dancer and choreographer, is responsible for the artistic direction and choreography of the Tap Factory. Joined by Gilles Genet (world tap dance champion) and Jeremy Champagne (winner of “Achas que Sabes Dançar”, France, 2012), the creative trio of tap dancers and aerial acrobatics together form his strengths. .

Lisbon hosted the premiere of the Tap Factory in 2012 and since then has given over 500 shows in this first decade of shows in countries such as Colombia, the Netherlands, England, Switzerland, the United States and Saudi Arabia.

Always be the first to know.
Consumer Choice for the sixth year in a row and Five Star Award for Online Journalism.
Download our free app.