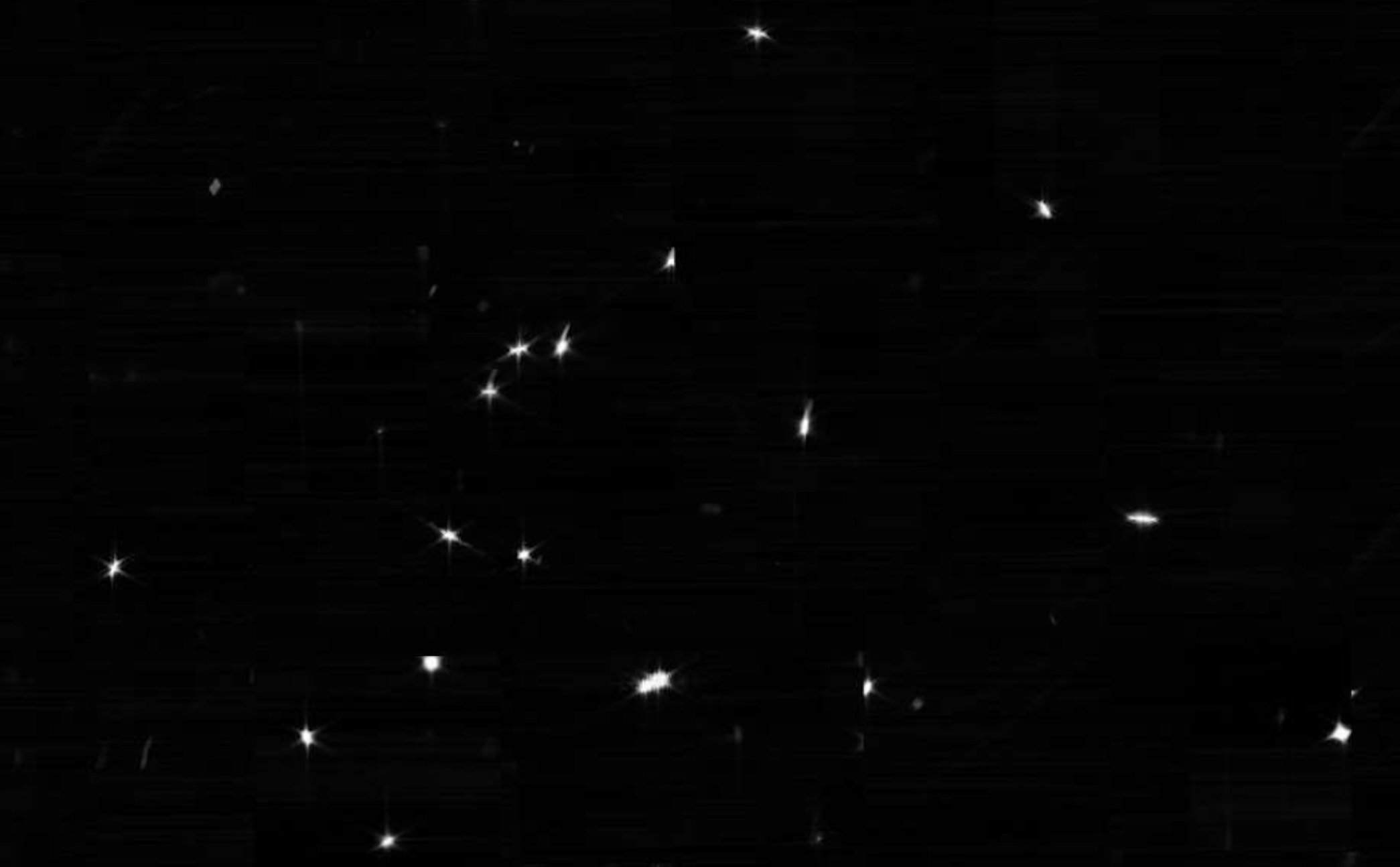 A month after its launch, the James Webb Space Telescope was able to spot its first star, on Friday, February 11. The first image, blurred, represents eighteen times the star itself.

This image is completely normal, as it is part of the main mirror alignment process.

This is to facilitate the maneuverability of the telescope James Webb Aimed at a particularly bright star, located in the Big Dipper.

Thus, the 18 luminous points received correspond to the light reflected by the star in the 18 hexagonal segments that make up the large main mirror. It is now a matter of aligning it little by little so that it produces only a clear and clear picture.

This process will take about a month, then it will have to be repeated with the other scientific instruments on board, which have not yet cooled enough to be used. And this time, stars In the increasingly dim light as a test.

Besides this first shot, the telescope also took a selfie, again thanks to NIRCam. In this black and white photo I posted NASAThe telescope’s 18 small mirrors appear very clearly, thanks to the light coming from the stars and reflecting there. A very useful image because NASA teams will be able to verify the alignment of the instrument with its science instruments.

Picture bonus! When it’s time to focus, sometimes you need to take a hard look at yourself.

This “selfie” that Webb took of the primary mirror was not taken with an externally mounted engineering camera, but with a special lens inside her NIRCam instrument. #UnfoldTheUniverse pic.twitter.com/XtzCdktrCA

However, it will be necessary to wait until this summer to discover the first observational images of this telescope, but it already promises to be amazing.