Home science Saint-Gaudens. Science in all its aspects is presented to the youth 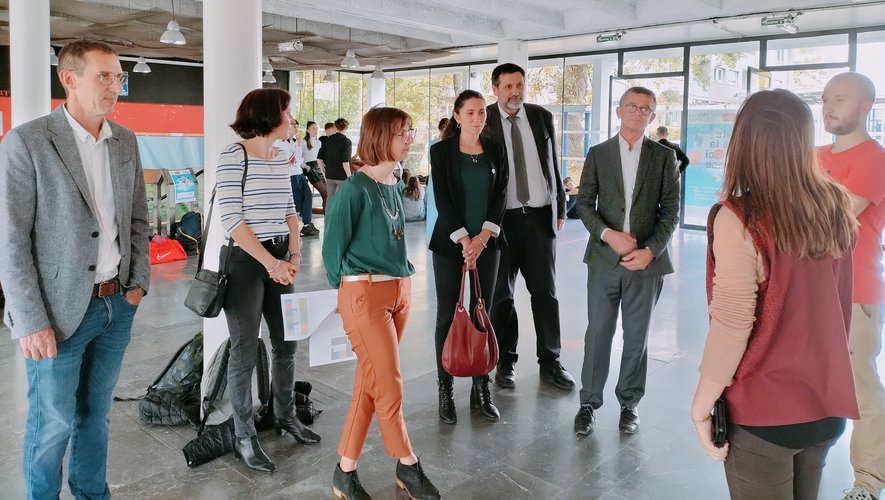 primary
On October 13 and 14, students at Bagatelle High School immersed themselves in the sciences with capital S. Programming, energy, conferences, and even life sciences, and these young people waited for several workshops.

Science is everywhere, and that’s what the Days of Organized Science all over France are trying to prove. in Saint-Gaudens; Bagatelle High School took advantage of this day to remind the second, first and some stops that science is not just a subject taught in class.

Science in all its forms

In partnership with Grottes et … and les Petits Débrouillards, the school hosted several workshops on Thursday 13 and Friday 14 October. Pauline Rannis of Grouts explains: “It is as interesting for pupils as it is for teachers, we thought of the day in the form of workshops talking about science but under different topics. For example, conferences with scientists, but also archeology or Even programming workshops. et al. Archeology.

A concept that is appreciated by high school students who have been able to participate in many science experiments. “There we learned to code in blocks but also using Python which then allows us to tell a card with a detector to play music when it detects movement,” Elsa and Emma tell.

On Thursday afternoon, Joel Averagint and Academy Inspector Christoph Escarten visited the science workshops. And as much as the students’ curiosity, these guests took part in the workshops, listening attentively to the speakers. As in the 2-ton workshop that seeks to sensitize young people to IPCC reports through a concrete scenario. “We provide a role-playing game for the students, they choose the characters and then they have to make decisions together or individually. The workshop lasts for two hours, because the decisions have to be taken until 2052. Then we put their decisions into a program. He determines the planet and carbon dioxide according to the students’ choices “.

A “fun, interactive and very nice” day, according to the students, who enjoyed participating in such science experiments.