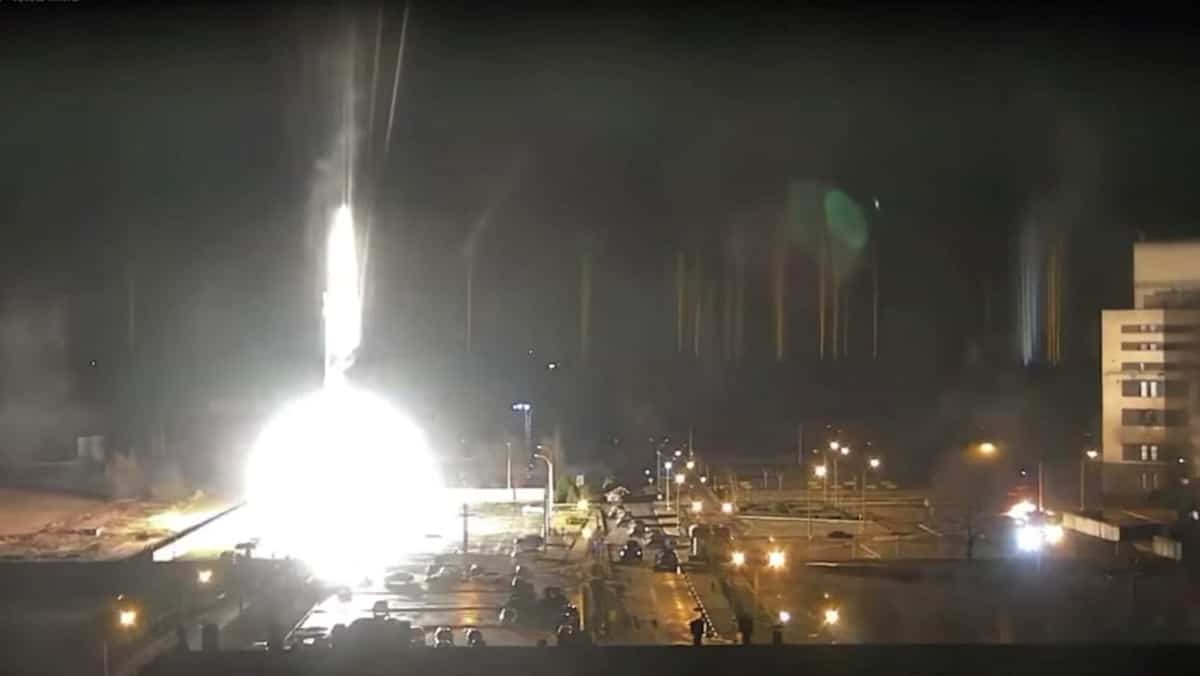 An administrative building has been destroyed, but the reactors’ reactors seem to be intact: AFP managed to visit on Sunday the Zaporizhzhya nuclear power plant, the largest in Ukraine and Europe, the seizure of which by the Russian army alarmed the international community.

• Read also: What future for Ukraine?

• Read also: 100 civilians evacuated from the Azovstal site in Mariupol

• Read also: direct | The seventy-seventh day of the war in Ukraine

Moscow forces in early March took control of this plant located in the city of Energodar (written Enerhodar, in Ukrainian) in southern Ukraine, separated by the waters of the Dnieper River from the regional capital of Zaporizhia, under Ukrainian control.

The clashes there raised fears within the international community of a nuclear catastrophe similar to the one that occurred in 1986 at Chernobyl.

During a press trip organized by the Russian army, AFP was able to spot the damage: the facade of a spacious office building that served as a training center for factory workers was smashed in flames, and many windows were shattered.

But there was no sign of gunfire or bombardment on the six cubes, topped by a red dome, that contained the reactors whose construction began in the 1980s.

Last week, the International Atomic Energy Agency deemed the situation at the Zaporizhia Power Plant “alarming”, since its experts have not been able to access it since it was captured by Moscow.

The plant is “operating normally, according to nuclear, radiological and environmental standards,” however, was immediately confirmed by Major General Valery Vasiliev, a specialist in nuclear and chemical issues, who was sent by Moscow to secure the site.

Demonstrating their detriment, none of the few soldiers standing behind piles of sandbags wore overalls, masks, or any other radiation protection equipment.

“Here, everything is fine! The new pro-Moscow mayor of Energodar, Andrei Shevchik, who came to this position in the wake of the Russians, sneered.

We are ready to sell electricity to Europe. Any buyer is welcome. It’s so cheap! He adds, before leaving in a shiny SUV covered in Russian flags.

However, there is great ambiguity surrounding the operation of the plant, which is still supplied by Ukrainian teams.

Agence France-Presse was unable to interview any of the site’s employees, and the degree of coordination between them and the new owners was not clear.

Before the start of the Russian attack on Ukraine, this plant had a capacity of 5,700 megawatts, which is enough to cover more than 20% of the country’s electricity needs.