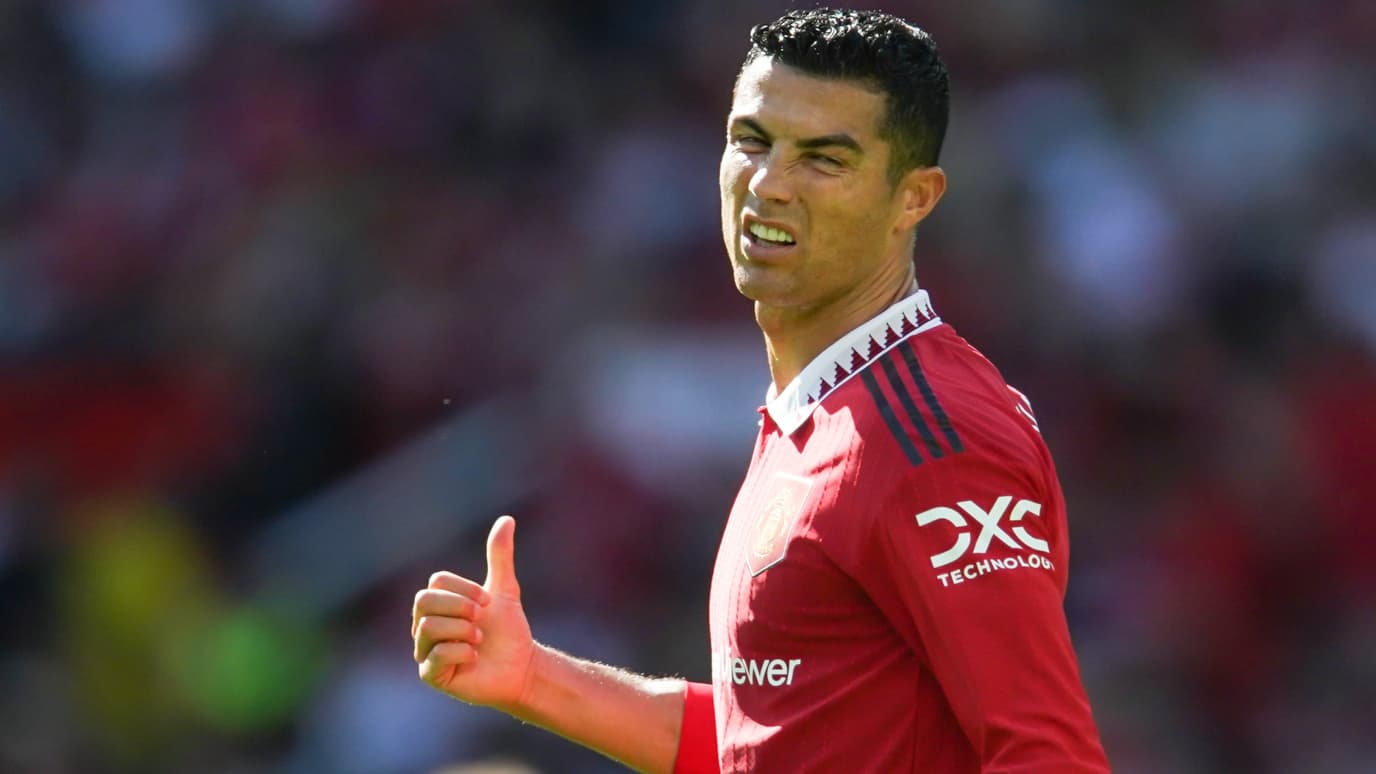 Inferno winds on the edge of Old Trafford Park. During the Red Devils warm-up period on Monday evening before the Liverpool game, Cristiano Ronaldo took advantage of the presence of Sky Sports on the sidelines to greet the advisers. He exchanged a warm handshake and a few words with Gary Neville, and did the same with Roy Keane, who is entitled to a hug with a smile before the Portuguese returns to his teammates.

But among the Manchester United legends, Jimmy Carragher is entitled to nothing, if not a very simple nod of the head in a gentle salutation and honour. Which also amuses the advisors as well as the presenter, addressing the ex-Liverpool defender: “Nice conversation with you.”

Note that Carragher has recently criticized the current policy of Manchester United. “From De Jong to Rabiot, then Casemiro. They are all different players, with different qualities and different ages. What’s the plan here? What’s the strategy? It’s embarrassing,” he said of the transfer window. You have to be patient. And get it right. When you look at United, it reminds us of the relegation side in the Premier League, who are frantically trying to do some late signings in the January transfer window.”

Before criticizing the administration: “The Glazers obviously don’t care. Their friends in the States should look at them and think ‘Wow, what a great job you have there.'” “For these people, United should be seen as a sports club somewhere in England, from which the Glazers make millions every year.” “The club turns into a joke,” he concluded.

As a reminder, the five-time Ballon d’Or, which is still pending on the transfer, started the match on the bench, as did the usual Manconian captain Harry Maguire. He quickly managed to savor his teammate Jadon Sancho’s first goal with loud applause, probably waiting to walk on the grass.