Home Top News Ronaldo, a burden or an essential? How the situation of the Portuguese is poisoning Manchester United 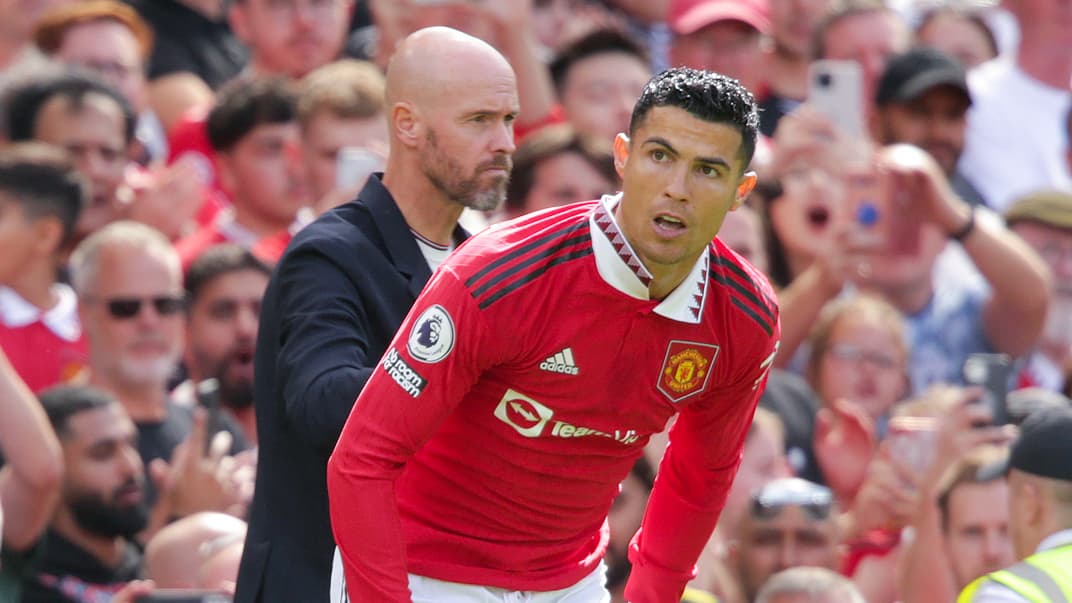 The Cristiano Ronaldo affair is rotting with Eric ten Hag making his debut on the bench at Manchester United and at the same time as the start of the season. A real burden or an indispensable component? The issue of the Portuguese is divided even within his club.

A year ago, Cristiano Ronaldo returned to Manchester United, as a legend, with the sign of the savior of the future, who United have been waiting for since the departure of Sir Alex Ferguson. A year later, after another difficult season for the Reds, many view Cristiano Ronaldo as poison, rotten fruit that pollutes all the others in the basket. While for others, he’s still the best player in the world, capable of projecting charm, a key element for Manchester United.

Some accuse him of “restricting” Marcus Rashford, Jadon Sancho and Bruno Fernandes, and many view Cristiano as an impediment to their progress. A vision that can be called into question, the latter does not necessarily show himself more comfortable in his absence.

Wayne Rooney, who played with Cristiano Ronaldo at Manchester United from 2004 to 2008, has a very clear opinion of the Portuguese’s situation. in A platform for The Timesthe former glory of the Reds Devils calls on his former club to ditch the Portuguese, who are eager to leave:

“I think United should let Cristiano Ronaldo go, (…) Ronaldo will always score your goals, he continues. But my personal opinion is that United are not ready to fight for the title now, so the goal should be to build a team that can win the Premier League in The next three to four years, and you have to plan for that.” In a somewhat futuristic vision, the former England striker imagines Manchester United without Cristiano Ronaldo, 37.

‘It’s the worst thing that could happen’

Rio Ferdinand, who accompanied the Portuguese from 2003 to 2009 in the Red Devils’ workforce, is not of the same opinion as compatriot Wayne Rooney. For him, a player like Cristiano Ronaldo is indispensable at Manchester United, and Eric Ten Hag’s decision to include him on the bench against Brighton (last Sunday, 2-1 loss) was not good:

“To leave a player on the bench and then come after that is the worst thing that can happen. He had to start, Ferdinand was upset. What happened is not good for Ronaldo and not good for United. If he had started, he said on Vibe with five podcasts.

Recently, on the microphone of SkySport, another Manchester United legend, Gary Neville had expressed his “disappointment” with Ronaldo and his silence, in particular.

Cristiano Ronaldo’s situation is definitely more complicated than it sounds. The fact that it splits so much, even internally, is (if necessary), further evidence.

The only certainty in this case is that the Portuguese wants to leave Manchester United. He wants to play in the Champions League, and his relationship with Erik Ten Hag continues to grow stronger as the weeks go by. At the moment, Manchester United remains assertive and does not sell, and it does not appear that Cristiano Ronaldo has found a sufficiently convincing way out sportingly and economically to meet his expectations and those of Manchester United.

Will the five-time Ballon d’Or be a player for Manchester United on September 1? No one currently seems able to provide an answer.