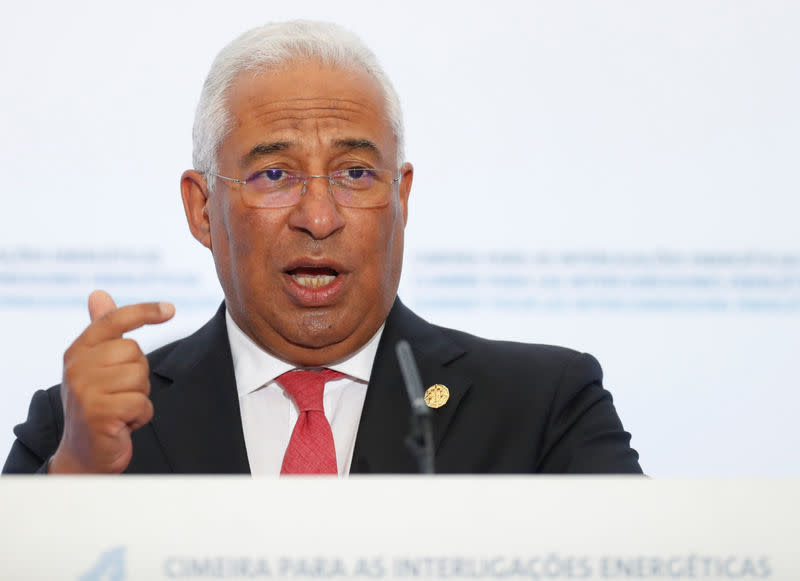 LISBON (Reuters) – Portugal pledged on Tuesday to cut its budget deficit next year to an all-time low while boosting civil servant salaries, family welfare benefits and investing in the public health system.

The socialist government set itself in its budget draft a deficit of 0.2% of GDP, compared to 0.7% expected this year, and hopes to achieve economic growth of 2.2%, slightly lower than this year.

Public investment will increase by 16% to just over €4.1 billion, funding dozens of new medical centers across the country and new railways.

The average wage in the civil service will rise by more than 3%, for a expenditure of 850 million euros.

“This is the highest salary increase in the public administration in the past 10 years,” Finance Minister Mario Centeno said at a press conference, praising “a historic step for the economy. Portugal with a budget that is close to equilibrium.”

The spending increase is likely to satisfy the minority socialist government’s left allies, who have criticized it for favoring deficit reduction over public investment.

Prime Minister Antonio Costa’s Socialist Party is well ahead of voting intentions in light of next year’s general elections, but opinion polls do not give it a parliamentary majority, indicating the current alliance with other left-wing forces.

Parliament will vote in first reading on October 30 on the draft budget.

The Portuguese economy has rebounded strongly over the past three years, thanks in part to the continuous growth of exports, increased foreign investment and the dynamism of the tourism and real estate sectors.

The draft budget for 2019 plans to grant subsidies for transportation costs to families living in the Lisbon and Porto regions, which represent nearly half of the population in Portugal.

It also plans to unleash the career advancement of civil servants for the first time since 2009, with salary increases and promotions at stake. Pensions should increase more than inflation in 2019.