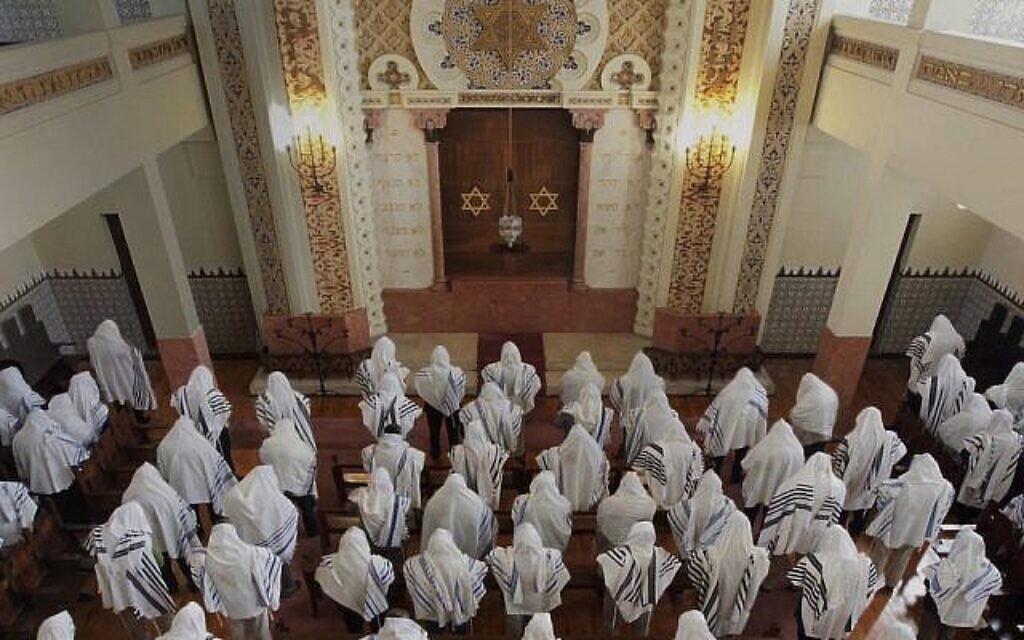 JTA – The head of the Jewish community in Porto, Portugal, said the criminal investigation surrounding the organization’s role in screening Jews of Sephardic descent for Portuguese citizenship amounts to anti-Semitic persecution by officials.

Under the provisions of a 2015 law granting Portuguese citizenship to descendants of Sephardic Jews persecuted in Portugal and Spain during the 15th century Inquisition, applicants’ family trees are reviewed by experts from one of Portugal’s Jewish communities, in Lisbon or in Porto.

In a particularly harsh letter to lawmakers last week, Gabriel Senderovic said the investigation led to a continuation of “the Holocaust against families.”

Get our free daily copy via email so you don’t miss out on any of the best news! FREE SUBSCRIBE!

In a sign of the division among the country’s Jews, a former leader of the Jewish community in Lisbon dismissed Sendrovich’s allegations as “ridiculous” and “groundless”.

Senderovic’s letter to lawmakers is the latest development in a scandal that erupted in February over society’s vetting of citizenship applications from applicants who are considered descendants of Sephardic Jews.

In March, authorities briefly detained Porto community rabbi Daniel Litvak on suspicion of fraud in connection with the allegations.

The previous month, it was learned that Roman Abramovich, a Russian-Israeli billionaire who faces sanctions in several countries for his alleged links to Russian President Vladimir Putin, had become a Portuguese citizen on the recommendation of the Porto community.

In 2016, the Portuguese government entrusted the Jewish community of Porto and the community of Lisbon – the official bodies representing the Jews of these cities – with the task of verifying applications for naturalization under a law passed by Parliament. in 2013. This law guarantees Portuguese citizenship to those who can prove that their ancestors were Sephardic Jews.

See also  Roman Abramovich, "The Richest Portuguese in the World"

The Portuguese state is now considering changing the law, possibly limiting its application to people who can demonstrate an “effective connection to Portugal”

Unidentified persons described by Senderović as “agents of the state” used journalists and influencers to “promote the discrediting of anti-Semitism”. Week after week, he added, “We witnessed a Holocaust against Jewish families, which was revealed in the newspapers. The community, in a statement, accused the entire “Portuguese state” of anti-Semitism.

Esther Mosnick, former vice president of the Jewish community in Lisbon, called Sendrovich’s allegations “absurd and baseless in reality. In fact, “the authorities are looking into alleged criminal acts and we will know what they will find when their investigation is completed.”

Jose Ullmann Karp, head of the Jewish community in Lisbon, declined to comment on the allegations of his Porto counterpart.

Before opening these investigations, the leaders of the Jewish community of Porto presented their city and country as a haven of peace against anti-Semitism.

A member of the Board of Directors of the Jewish Community of Porto, Michael Rothwell, was among many Jews who voted for the law, which the government said was to atone for the persecution of Jews during the Inquisition.

Last year, he called it an “act of justice” and encouraged Jews to move to his town, which he described as “an environment of tolerance, a bit of anti-Semitism, and an active and welcoming community.”

More than 50,000 people have acquired Portuguese citizenship under the Portuguese Sephardic Law of Return.

You are one of our loyal readers!


We are glad to read you X of items from Times of Israel Last month.

This is what we work for every day: to provide discerning readers like you with relevant media coverage of Israel, the Middle East, and the Jewish world. Unlike many other outlets, our content is free to access – with no paywall blocking from the first paragraph. But our work has proven increasingly costly. That is why we invite readers, who can and for whom Times of Israel In French, it has become important to support us by joining Community Times of Israel in French. As for how much you choose, once a month or once a year, you can also contribute to this high-quality independent press and enjoy ad-free reading.

Already a member? Sign in to stop seeing this message