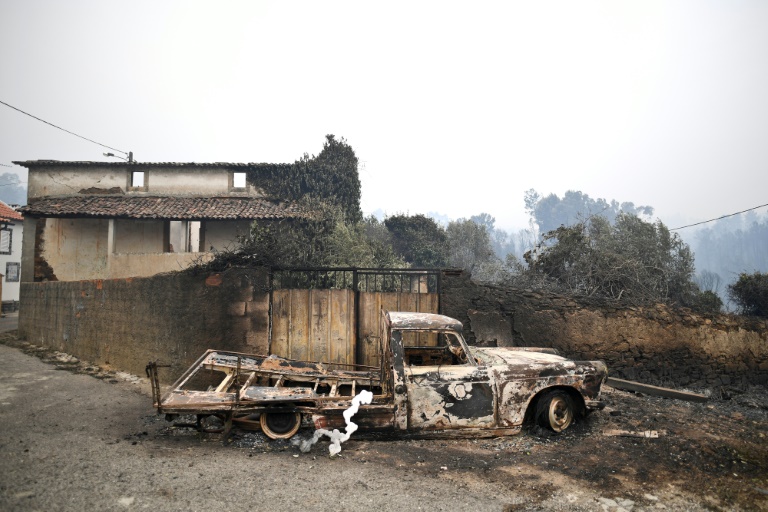 Five years after the Pedrogao Grande forest fire in central Portugal, which killed about 60 people and injured about 250 in June 2017, residents are concerned about the risks of a new disaster.

“Our lives have changed forever,” Rui Miguel Rosinha, one of the firefighters who was seriously injured in 2017, told AFP during a ceremony honoring the fire victims.

“We still have a long healing process,” adds the 44-year-old, who now has difficulty moving around and his burns are still visible.

June 17, 2017, will remain engraved in the memories of the victims. On that day, a rare violent fire broke out in the vicinity of the municipality of Pedrogao Grande located in the region of Leiria.

Of the 66 victims nationwide, 47 died, 236, which the Portuguese media dubbed the “way of death”. Thirty of them were trapped in their cars and blazed.

“Cloudy skies, a column of smoke, high temperatures…and I can’t help but think about this fire,” says Daniela Alves, a 39-year-old mother still traumatized by these events.

During the fire, this woman hardly had time to escape with her two children.

Today, on the roads to Pedrogao Grande, there is a clear lack of maintenance. Once again, the mountainous forest landscape is densely covered with eucalyptus, a particularly flammable species. This species, which has become one of the most widespread in the country, is the raw material for the manufacture of paper.

“We look around and see that nothing really has changed,” expresses Dina Duarte, president of the Pedrogau Victims Association, which organized a series of festivities on Friday to mark the fifth anniversary of this tragedy.

“You have to plant a different way,” she explains, calling for the introduction of native species such as cork oak in order to create “biodiversity” in the forest.

At the national level, “very little has changed,” notes João Juanas de Mello, head of a study group on land use and environment planning, on Radio Observador.

“We need new economic models for the jungle,” he asserts, because “the model today is to leave the interior of the country deserted. The eucalyptus issue is not without a solution, many eucalyptus regions are not managed at all.”

After the Pedrogao Grande fire, which reduced more than 24 thousand hectares of vegetation to ash, four months later central and northern Portugal was hit by a new wave of forest fires. The latter killed another 45 people, making 2017 the deadliest year in Portugal’s history for this type of disaster.

“We know what happened,” President Marcelo Rebelo de Sousa said after a mass in honor of the victims. “Today we are better able to deal with a similar situation,” he said.

An unprecedented trial began in May 2021 over the fatal fire of Pedrogao Grande. Eleven people are accused of negligent homicide and many face prison sentences.

Among the accused are the town’s fire brigade commander, local elected officials at the time of the accident, a number of employees of the Electricity Distribution Company, in addition to a company responsible for maintaining National Road 236.

The verdict in the case, which entered its final term last month as closing arguments began, is expected on September 13.

See also  "I don't have many years left to quit football, but..."