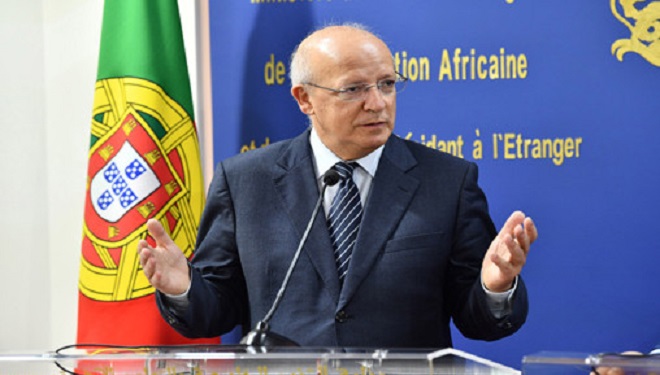 Portuguese Foreign Minister Augusto Santos Silva highlighted, on Friday, the dynamics of economic exchanges between Portugal and Morocco, stressing that the two countries are called to “benefit from the integration between them.”

We have greatly accelerated economic exchanges. Morocco is now one of Portugal’s five largest clients outside the European Union. “We also have an integration that we have to take advantage of,” Santos Silva said in an interview with Portuguese public radio Renascença, on the sidelines of his participation in the European Union and African Union summit held in Brussels.

He continued, “An example of this cooperation is the labor mobility agreement that we signed this year with Morocco.”

“The agreement we reached with Morocco allows Portuguese companies to benefit Moroccan workers who will benefit from exactly the same rights of Portuguese workers in an orderly manner between the employment services of the two countries and in a safe and orderly manner,” he explained.

He praised, in this sense, “the existence of agreements for regular, safe, orderly and legal flows of human mobility, as the best alternative we have” in terms of migration management.

The head of Portuguese diplomacy stressed the advantages of such agreements. “We are talking about regular, legal and safe traffic, not boats sailing in the Atlantic or the Mediterranean,” he continued.

In this interview, the Portuguese Minister also highlighted the potential for cooperation between his country and Morocco regarding the energy transition.

“We have the potential to cooperate with Morocco and benefit from it,” he said.