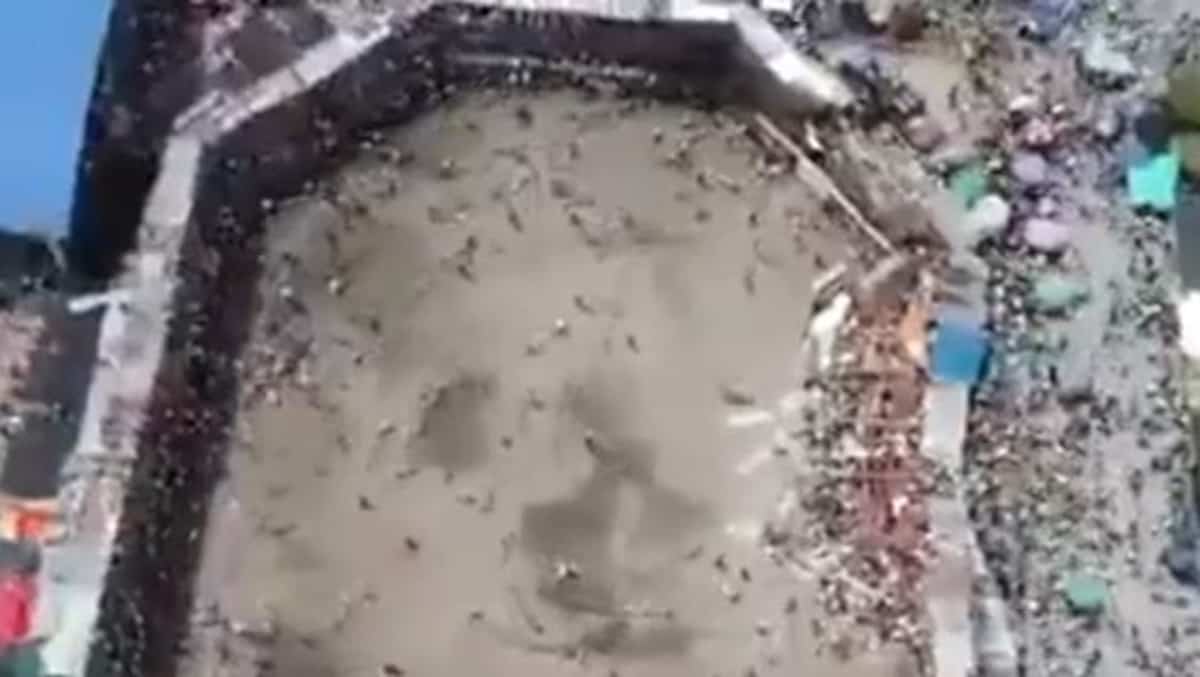 At least four people were killed and about 30 seriously injured in the collapse of the stands of a bullring on Sunday in a central Colombian town, local authorities said.

There are four dead at the moment. “Two women, an adult man and a minor,” Jose Ricardo Orozco, governor of Tolima province, said on local radio.

The incident took place in the Espinal area, during a local bullfighting show, a type of folk festival during which the public descends into the ring to confront bulls and young bulls.

An entire section of the three-storey wooden grandstand, crowded with spectators, collapsed, sending dozens of people to the ground, according to stunning drone images recovered by AFP.

The governor added that “more or less than 30 people were seriously injured (…) It is a preliminary report, and they are still in the process of transferring the injured.”

We are still waiting to see how many people are under the rubble, we don’t know how many. Major Luis Fernando Velez, director of the Civil Protection Department in Tolima, told the same radio station, as you can see in the videos, almost the entire ward was full of people and collapsed.

Another amateur video shows the audience trying to escape wood and sheet metal debris while the bull continues to roam the ring.

The incident took place at Gilberto Chari’s bullring over the weekend where the San Pedro festivals, the most popular in the area, are celebrated.

“We will demand an investigation of the facts (…). Solidarity with the families of the victims,” ​​President Ivan Duque said on Twitter.

Governor Orozco warned that he would ask “all these kinds of celebrations to be suspended”, considering that these events “attack the lives” of animals and encourage their “mistreatment”.

The day before, several people had been shot by bulls during the same festival in Espinal, a town of about 78,000 people located 150 kilometers southwest of Bogota.

New President Gustavo Petro, who was elected last weekend and will take office at the beginning of August, has added his vote to the local governor’s appeal.