Home Top News “Our lions ended up eating the Spaniards and the Portuguese!” 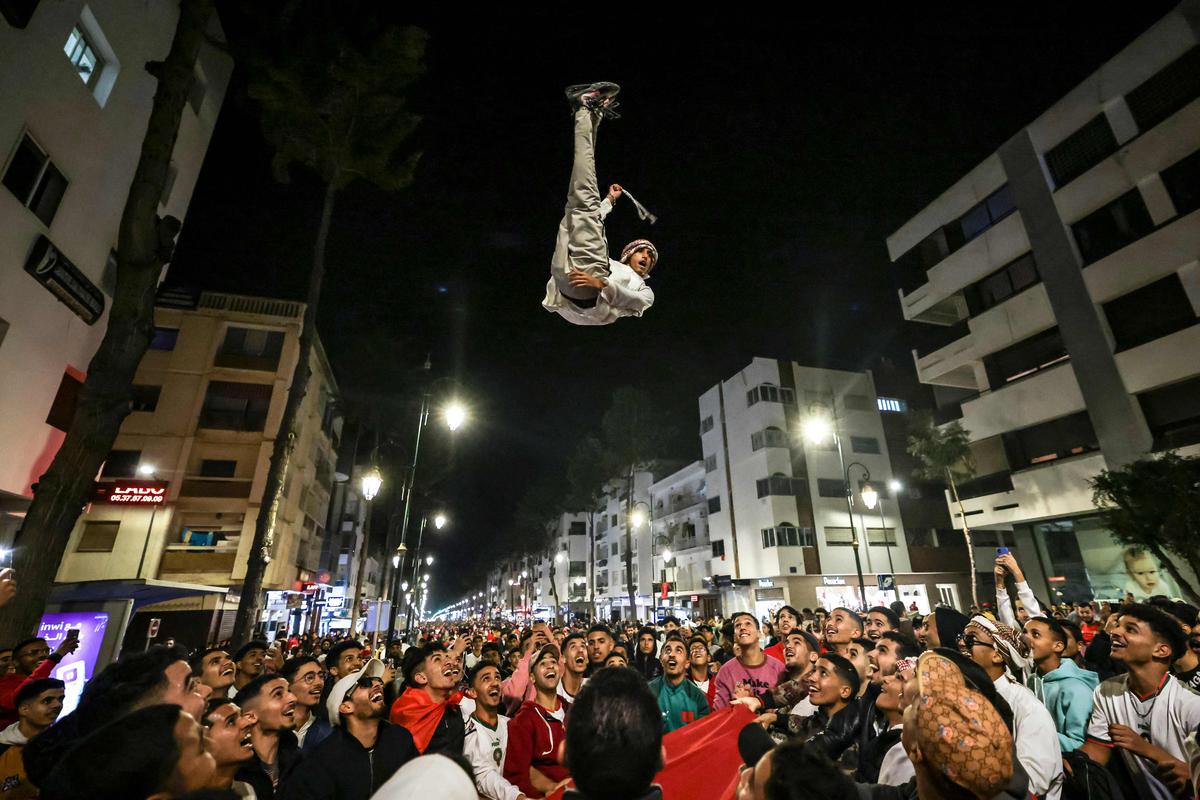 In the city alley…

In the alley of Tangiers, where Abdellatif has just made his purchases, garlands of balloons in the colors of Morocco have been resisting for weeks. Like Black Atlas! he rejoices.

The Moroccan football team is on a historic journey in the 2022 World CupNo African or Arab nation has reached this stage of competition. The country has been in turmoil for a week now. In Qatar, Moroccans are officially ranked among the top ten most numerous supporters according to FIFA. Some even offered themselves the luxury of a flight back from Casablanca to Doha during the day for the quarter-final against Portugal.

enthusiasm in the streets

But the atmosphere in Morocco is still the greatest. In Rabat for the Morocco-Spain match, no more empty seats in downtown cafes two hours before the match and no more cars on the streets at the kick-off whistle. On that day, the pride of victory and the enthusiasm was such that King Mohammed VI pushed into the capital the crowd. He’s wearing the national team’s jersey, and thousands of videos immortalizing this moment flood social networks within an hour.

Even the King of Morocco took to the streets in the national team jersey to celebrate the victory over Spain ❤️🇲🇦 pic.twitter.com/nmgOTJjcEn

With each success, the darbukas ignite, these traditional beats, and smoke bombs: enthusiasts always crying in the arms of new supporters indulge in jubilation.

In Tangiers, even in the rain, Fatima, Nesrine and Souad, 168 years old between them, proudly held pearly red heart balloons while chanting that slogan that has become the national anthem: “Dima Morocco!” (Editor’s note, “Morocco is forever!”). Frankly they don’t know what offside is and it’s not their goal.” What matters is our country. We are proud to show the world that we have talent! We support Morocco because we support our children! »

The younger ones already understood the value of what is being played on the field. “Ronaldo, he’s strong. But we have Ziyech!” comments Ellis, eight, now a fan of the Moroccan striker. “I’m so proud that my son finally got to know a national player, I’ve been waiting for that! He concludes with his father’s wink in his haste to leave school.

It’s historical even in schools: many of them arrange lesson times to allow students to watch matches at home or on the field. Some teachers even make use of it after the game to lead educational workshops on respect, fair play or even self-confidence.

“This is the lesson of this World Cup,” insists Hassan, selling hot chickpeas in front of a school in Tangiers. “I believe in him, and everyone believes in him. Every time we tell ourselves we can win. And our lions ended up eating the Spaniards and the Portuguese!”