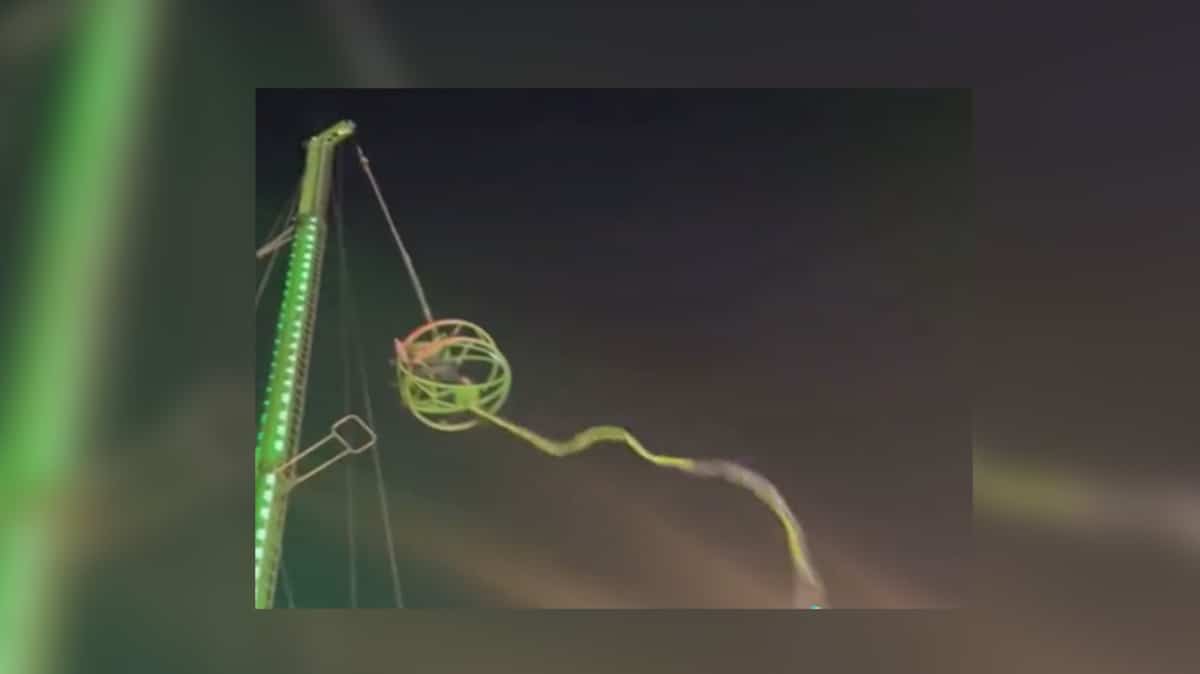 Catapult-type rides are made for thrills, but never quite like what two riders suffered when they were thrown against a beam when a cable snapped.

The horrific incident, which was captured on video, took place on Wednesday night at Winter Wonderland in Hyde Park, London, UK.

The images, which were shared on social media, show two people taking their places aboard a catapult-like flight.

This type of carousel, which can be found in particular at La Ronde in Montreal, propels two people into the air attached to a metal ball using seat belts.

Two rubber bands hold the ball upright so that it maintains a straight line in the air.

Except this time, when the ball was flung into the air, one of the two rubber bands holding the ball in place gave way, hurling the ball against the crossbar.

After hitting the metal beam, the ball hangs on the rubber band remaining in the air.

Fortunately, the two people who happened to be at the ball were not injured, according to the Daily Mail.

A spokesperson for the park also confirmed to British media that the ride had been closed while an investigation into the accident took place.

See also  Russian tourists in Crimea should pack their bags