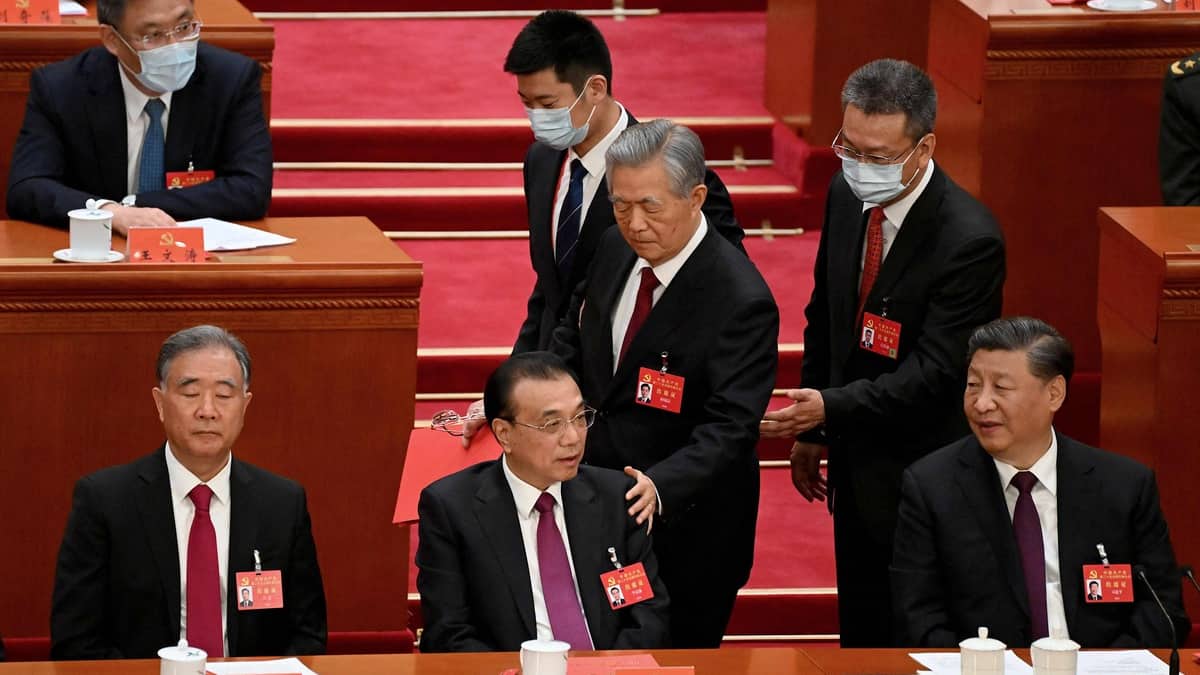 AFP reporters noted that former Chinese President Hu Jintao walked out of the closing ceremony of the Communist Party Congress on Saturday.

The unusual incident has not been explained or reported by state media, and any recent references to his name appear to have been blocked on the Chinese internet.

Hu Jintao, who served as President of China from 2003 to 2013, looked frail and was pressured by the staff to get up from his seat next to Xi Jinping in the first row of the People’s Palace.

An employee tried to take the 79-year-old former president by the arm, but the latter refused.

The individual then tried to lift him from his armpits, but Xi Jinping’s ancestor continued to resist.

Hu Jintao at the same time tried to sit on the documents placed on his desk, which seemed to belong to the number one Chinese man.

A conversation lasting about a minute ensued between the employee and Hu Jintao.

The latter was finally persuaded to leave the building, reluctantly. Having been caught by the arm, he escorted the ex-president outside.

No official explanation was given.

Upon getting up, Hu Jintao had a brief exchange with Xi Jinping, who answered him without looking at him, and Prime Minister Li Keqiang, who patted his shoulder amiably.

Hu Jintao had surprised the opening of the conference last Sunday by appearing so old, his hair was now completely white.

This sequence occurred shortly after the press entered the People’s Palace in Beijing to cover the closing ceremony of the CPC Congress.

This came before a unanimous vote by some 2,300 Communist Party delegates to include Xi Jinping’s “central role” in the party charter.

“It is not yet clear why this is, whether it is to counteract Xi’s strength or an unpleasant moment for an elderly person,” said Neil Thomas, an analyst at Eurasia Group.

“In the absence of additional information, it is difficult to draw conclusions about the relationship between this incident and Chinese policy,” Thomas said.

The name “Hu Jintao” appeared censored on Saturday afternoon on the social network Weibo, China’s equivalent of Twitter. Only information from the day before, and from official accounts, was available.

Xi Jinping, 69, is scheduled to get a third term as party general secretary on Sunday, guaranteeing him a third term in office next March.

He came to the head of China in 2012, centralizing his powers to gradually become the most powerful leader since the regime’s founder, Mao Zedong.

He showed great fortitude against all forms of opposition and also led a massive anti-corruption campaign that enabled him to purge his opponents.