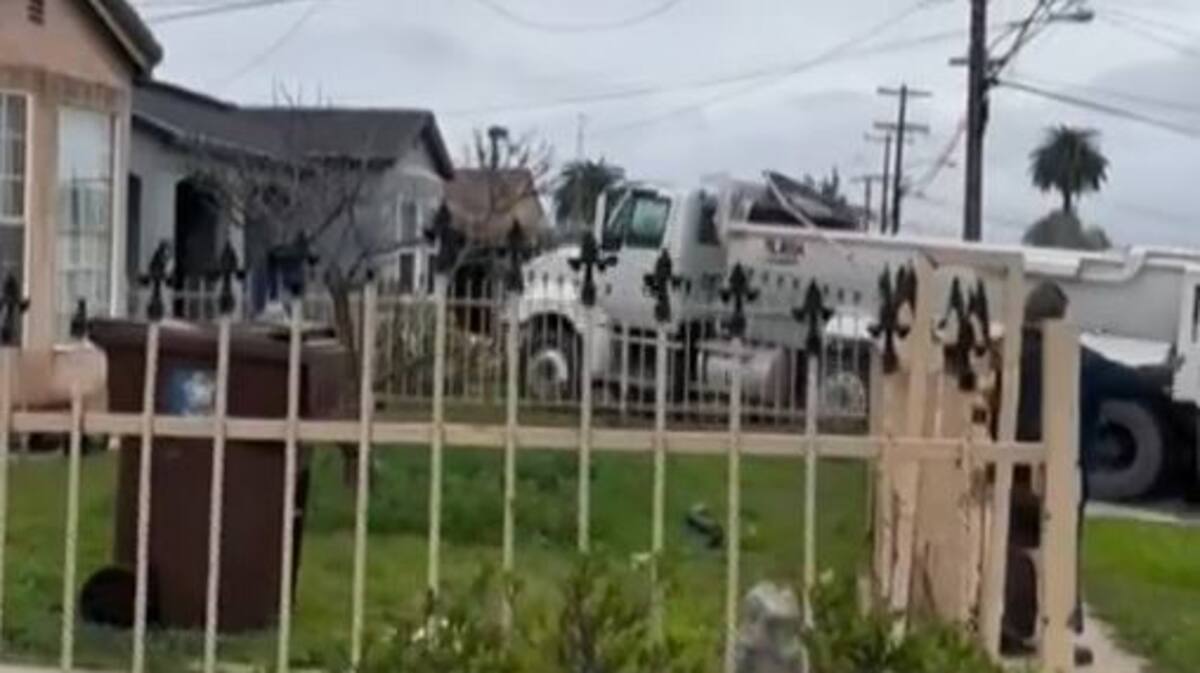 A California woman said she feared for her life after her husband deliberately drove a garbage truck into their home.

His rampage is filmed by the residents of the neighborhood.

Residents of a residential neighborhood in Westmont, Illinois, were stunned when they saw their neighbor explode, destroying his home and everything in his path, on Sunday afternoon.

Neighbors say the man drove first in a white Impala and tried to destroy the garage door.

Around 3:30 p.m., neighbors, worried about Patricia Dunn, the angry driver’s wife, called 9-1-1. But when the police arrived, the man had traded the Impala for a garbage truck.

It took 45 minutes for the police to reach the scene.

“If they had come here a little earlier, all this damage wouldn’t have been done,” Patricia Dunn said in an interview with CNN. “He came back three times, and they weren’t there.”

Patricia Dunn no longer wants to live in the house her husband attacked, because she fears he will return to continue what he started.

She believes the man was deliberately trying to kill her.

The couple started divorce proceedings prior to the events and Patricia Dunn filed a restraining order a few months ago. She believes this motivated her husband’s actions, which angered him.