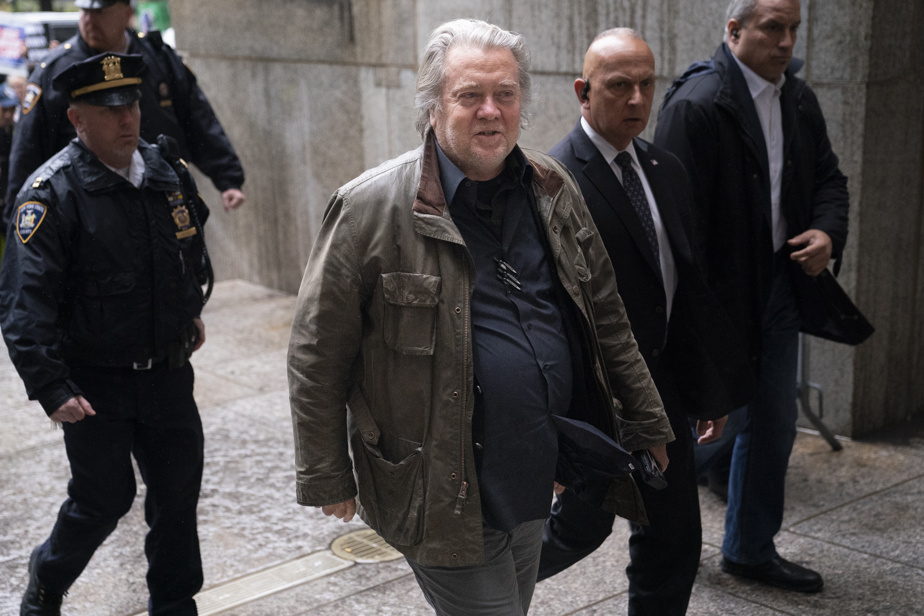 (Washington) On Monday, the court imposed a six-month prison sentence on former adviser to Donald Trump, Steve Bannon, who was convicted in July of obstructing the investigation of the attack on the Capitol Building.


A federal judge is due to rule on Friday in Washington against the 68-year-old, a right-wing populist figure in the United States, to whom the parties have sent their arguments ahead of the hearing.

In their memorandum, prosecutors outlined the “defiance, bad faith, and contempt” shown by Steve Bannon when subpoenaed by the House committee investigating the January 6, 2021 attack.

Because he maintained this position to the end, he “should be sentenced to 6 months in prison – the maximum range of sentences – and a $200,000 fine,” they added in a document accompanying the procedure.

His attorney responded to his case “dealing with broader issues, important to all Americans,” demanding a suspended parole verdict as a result of his appeals trial.

If this option is not chosen, they add, “Mr Bannon is requesting that his sentence be served at home.”

Steve Bannon is considered one of the architects of Donald Trump’s victory in 2016. Even after his removal from the White House in August 2017, he remained close to the president and spoke to him the day before the attack on Capitol Hill.

To find out the nature of their discussions, the Parliamentary Inquiry Committee responsible for highlighting Donald Trump’s role in this coup has summoned Steve Bannon to testify and present the documents.

He refused, invoking the presidents’ right to keep some conversations secret, which led to him being accused of “obstructing” the work of Congress.

During his trial in Washington federal court in July, he neither gave witnesses nor spoke. The jury found him guilty after less than three hours of deliberation.

He is also being tried for fraud by New York justices as part of an investigation into fundraising for the construction of a wall between the United States and Mexico, one of Donald Trump’s key election promises.