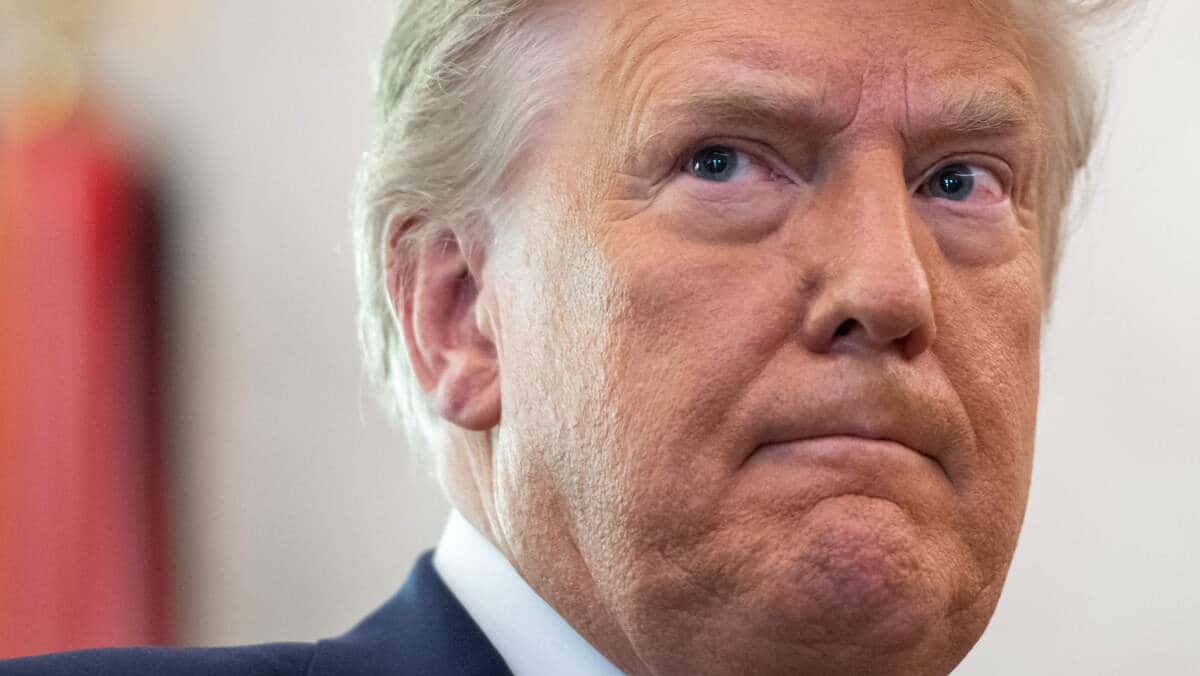 The New York state attorney general, Thursday, sued former US President Donald Trump for “obstructing” his civil investigation conducted since 2019 into possible fraud in the tax practices of the Trump Organization family group.

• Read also: Trump says he wanted to mingle with the crowd on the day the Capitol was stormed

• Read also: Ivanka Trump will testify at the commission investigating the attack on the Capitol

Attorney General Letitia James, elected from the Democratic Party, has been stalking the former head of state and Republican businessman for years and has wanted to hear from him for months. On February 17, she managed to get a New York judge to order the billionaire, as well as his two children, Donald Jr and Ivanka, to testify under oath.

Subpoenas appealed against by the Trump family.

But a New York civil court has also requested accounting and tax documents from the Trump Organization by March 31. In a statement, the attorney general’s office protested what the Trumps had not done so far in “violation of a court order” on February 17.

According to a memo filed Thursday with the New York Supreme Court, Letitia James attacks Donald Trump for taking responsibility for “obstructing his refusal to comply with the court order.”

“Instead of obeying a court order, Mr. Trump is trying to escape from it,” she said in a statement. Therefore, the attorney general calls for “the immediate intervention of the court, because no one is above the law.” His approach is accompanied by a request for a “$10,000 per day fine against Mr. Trump” as long as he does not send the required documents.

Asked by AFP, the former president’s lawyer, Alina Heba, responded in an email to be “resolutely prepared to oppose the futile and baseless proposal” of Attorney General James.

The civil investigation against the Trump family accelerated in January when Letitia James announced she had collected “significant evidence” that Mr. Trump and his group “wrongly and forged a number of assets” for economic benefits.

The New York attorney general suspects that the Trump Organization “fraudulently” overvalued real estate when applying for bank loans and undervalued it with tax authorities to pay lower taxes.

This conflict is one of the many disagreements that the former president has with the law.

He also faces a criminal investigation by Manhattan District Attorney Alvin Bragg: The Trump Organization and its chief financial officer Allen Weisselberg have been charged with tax evasion. They have pleaded not guilty and the trial is due to begin this year.

But that criminal investigation stalled at the end of February: Two of Mr Bragg’s assistant attorney generals resigned and one of them, Mark Pomerantz, in his departure letter accused Donald Trump of “numerous crimes”, including financial fraud.

According to the press, the assistant attorneys general were to leave, because their leader, Alvin Bragg, an elected African-American Democrat who arrived in January, was to express doubts about the possibility of an indictment against the former president of the United States. Mr Pomerantz wrote that such a decision would be “contrary to the public interest”.

But the Prague Public Prosecutor confirmed in a statement on Thursday that his investigation was continuing and “promised that his services would announce the results of their investigation, whether it was a matter of dropping the prosecution or filing an indictment.”

Why is the Eiffel Tower not in the colors of Iran?