Home Tech More than 250 titanosaur eggs were found in India! 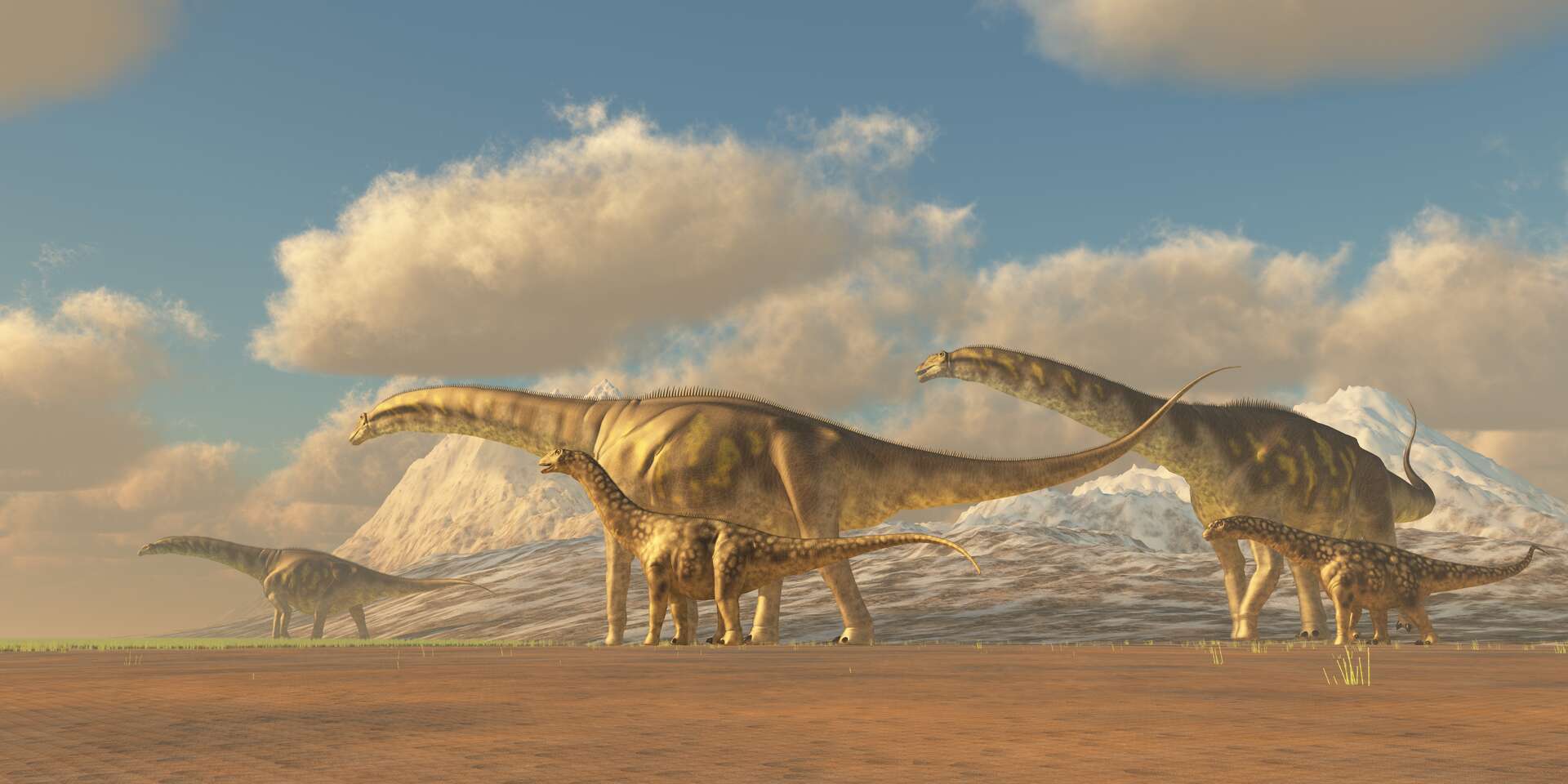 Researchers have made an amazing discovery in central India. 92 nests containing 256 titanosaur eggs were discovered, which makes it possible to study the behavior and biology of these giants in the past.

Titanosaurus. This is a fairly straightforward name for these giants who lived between 90 and 65 million years ago. They are part of the last group of sauropods before the extinction mark that marks the boundary of the Cretaceous and Tertiary periods. This group of dinosaurs has many species Among the heaviest things that have ever walked on Earth. It is estimated that some specimens could weigh up to 100 tons, be several tens of meters long and several meters long.

On a large scale, these giant, long-necked herbivores likely dominated their habitat. It was really the fossilized remains Found all over the worldfrom Antarctica to Italy, through Australia and India.

In the Narmada Valley, central India, researchers from New Delhi made an extraordinary discovery. 92 nests belonging to titanosaurs were found, containing a total of 256 fossilized eggs.

Thus six species of eggs were identified, indicating that the number of different species was much greater than suggested by the skeletons discovered in the area. analysis nests and eggs It also provided valuable information about the life habits and biology of titanosaurs. The results are presented in the journal Plus one.

Much like today’s crocodiles, these dinosaurs buried their eggs shallowly in the ground. The nests appear to be clustered together in a fairly small area, indicating that titanosaurs gathered in egg-laying “colonies”, like some birds. Relatively small spacing between nests However, it appears that the females had to quickly leave the spawning area, without waiting for the eggs to hatch and thus leaving the young to their fate. In these nests, scientists have discovered some cases of “egg in an egg,” a rare disease found in modern birds. This indicates that titanosaurs had a reproductive system relatively similar to birds, which laid their eggs sequentially.

Therefore this hatchery is an opportunity to study the behavior of these dinosaurs which skeletons do not allow.