Home World More than 1,300 illegal crossings of the canal in one day 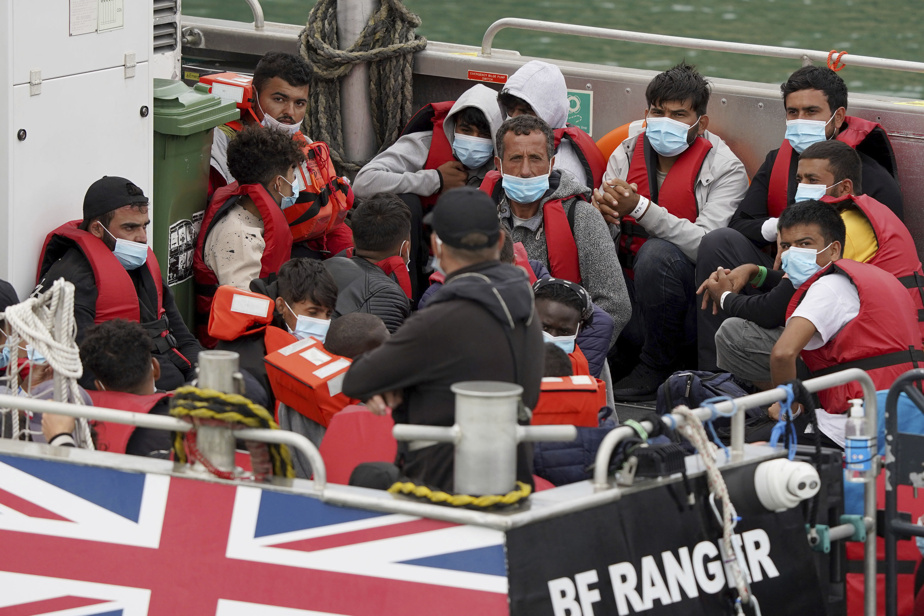 (London) Successive plans of the British Conservative government change nothing: Illegal crossings of the canal on small boats continue to increase, hitting a new record of nearly 1,300 migrants in a single day.

As the new Prime Minister prepares to reside in Downing Street, this impressive figure came to illustrate the significant increase in the extremely dangerous crossings of one of the world’s busiest sea routes, steady since 2018 facing the crescent of the Mediterranean. The French port of Calais and the Channel Tunnel.

About 1,295 migrants crossed on Monday on 27 boats, according to figures released on Tuesday by Britain’s Ministry of Defense. The previous record was from November last year (1185 in one day).

British media broadcast images of many migrants being rescued and brought back to the port of Dover, including children and children, enjoying good weather after a few days of the most difficult weather.

Monday’s crossing peak is “due to the weather conditions, which are ideal for crossing at the moment,” noted Pierre Roux, of the Auberge des Emigrants, an association to help immigrants based in Calais.

For Jean-Claude Lenoir, President of Salam Association, “It is like this every day as soon as there is no wind” and “it is like this all this week”.

Juliette Delablas, of Secor Catholic, said immigrants “don’t stay in France because living conditions are miserable.” “There is always a seasonal increase in the summer, because it is very difficult to stay on the streets of Calais in the winter.”

By crossing Monday, the number of migrants who have made this journey since the beginning of the year has reached 22,670, according to press agency statistics, compared to only 12,500 on the same date in 2021.

A recent British parliamentary report estimated that the total could reach 60,000 this year despite repeated promises from the British Conservative government, which has made the topic a priority since Brexit, to pay millions of pounds to France to help it strengthen coastal surveillance and its complications. Measures to tighten the reception of immigrants.

“The increase in the dangerous crossings of the canal is unacceptable,” a government spokesman said, noting that this phenomenon justifies the tightening of immigration policy.

As a key measure of the Boris Johnson government’s strategy, London concluded a highly controversial agreement in the spring with Rwanda to send asylum seekers who arrived illegally on British soil to this East African country.

None of these expulsions have yet been carried out: the first flight scheduled for June has been canceled following a decision by the European Court of Human Rights (ECHR) and British justice must examine the legality of the plan next month.

The candidates to succeed Boris Johnson, Rishi Sunak and Liz Truss have promised to continue this popular policy with members of the Conservative Party having to choose between them.

Another setback in British immigration policy, the government has just abandoned its plan to turn a former air base in northern England into a center for asylum seekers, as it is in Greece.

The conservative Mail on Sunday newspaper recently claimed, based on military intelligence leaks, that most asylum seekers are currently arriving from Albania, even though the country is not at war.

The non-governmental organization Amnesty International has denounced the “shameful attitudes of the government”, considering that it is necessary, to put an end to these dangerous crossings, to “provide safe routes” for migrants.

At least 203 people have died or gone missing, at sea or on land, trying to reach England from the northern coast of France since 2014, including 27 people in one day at the end of 2021 in a shipwreck, according to the international organization Migration (International Organization for Migration).