Home sport Messi-Ronaldo: A duel in numbers, as the two legends meet again on Thursday 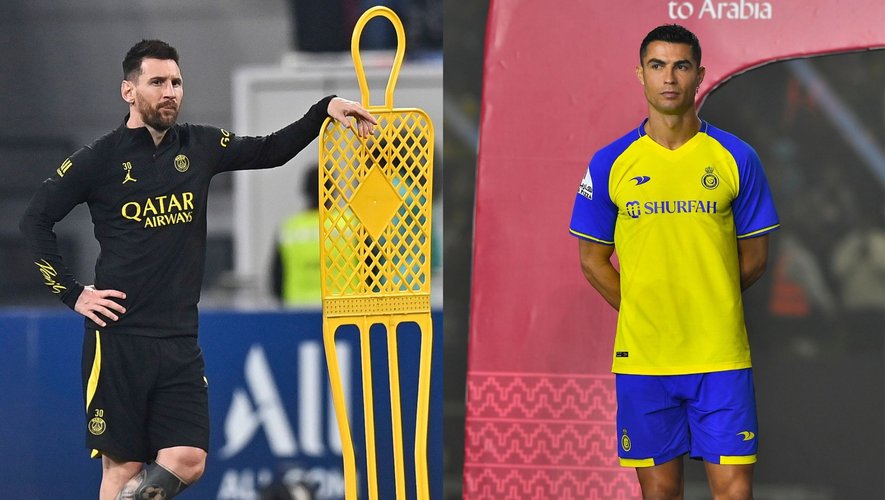 One of them crowned his last title with the title of world champion, and the other chose a golden retirement in the Kingdom of Saudi Arabia: two living legends in football, Argentine Lionel Messi and Portuguese Cristiano Ronaldo, meet Thursday in Riyadh during a festive match between Paris Saint-Germain and. A selection of the best players from the Saudi Al-Hilal and Al-Nasr clubs.

The long rivalry over the lawns of Spain and Europe Messi And Ronaldo It is also a battle of numbers.

If only one cup was needed, this is it world Cup, who was kidnapped by Argentina from Lionel Messi in December in Qatar. But his first major trophy dates back to 2005 with the U-20 World Cup. In 2008, he won the Olympic tournament in Beijing but had to wait until 2021 to win the Copa America. At the club, he won 10 La Liga titles with FC Barcelona and the title of French Champion.

Ronaldo has the title of European Champion (2016) and Nations League winner (2019) to his credit. His footballing career is more plentiful with seven league titles with three different teams (three with Manchester United, two with Real Madrid, and two with Juventus Turin).

The two men have also met five times in the Champions League, with two wins for Messi and one for Ronaldo (two draws). Ronaldo’s club, Manchester United, had eliminated Spanish club Barcelona in the C1 semi-finals in 2008, in their first head-to-head encounter on the international stage. Messi took revenge in the final of the next edition by winning 2-0 (with one goal).

Ronaldo is the joint world record holder for National team selectionsWith Kuwaiti Bader Al-Mutawa. The Portuguese is also the all-time leading goalscorer for the national team, all selections combined, with 118 goals scored, which is another record.

By registering with his Manchester United Target 807 In an official match in March, Cristiano Ronaldo set a new world record, surpassing the 805th of Czech Josef Pecan, according to FIFA. With 140 goals, the Portuguese striker is also the all-time leading scorer in the Champions League (preliminary round excluded).

During Euro 2021, he became the top scorer in the continental championship in its history (14 goals in five appearances, another record).

In the World Cup, he became the first player in Qatar to score a goal in five editions of the tournament.

For his part, Messi scored 794 goals since his professional debut in 2004, including 672 goals in 17 seasons with Barcelona, ​​and 98 with the Argentine national team (172 international matches).