Home Top News Macron “does not rule out” the delivery of Leclerc tanks to Ukraine, but on three conditions 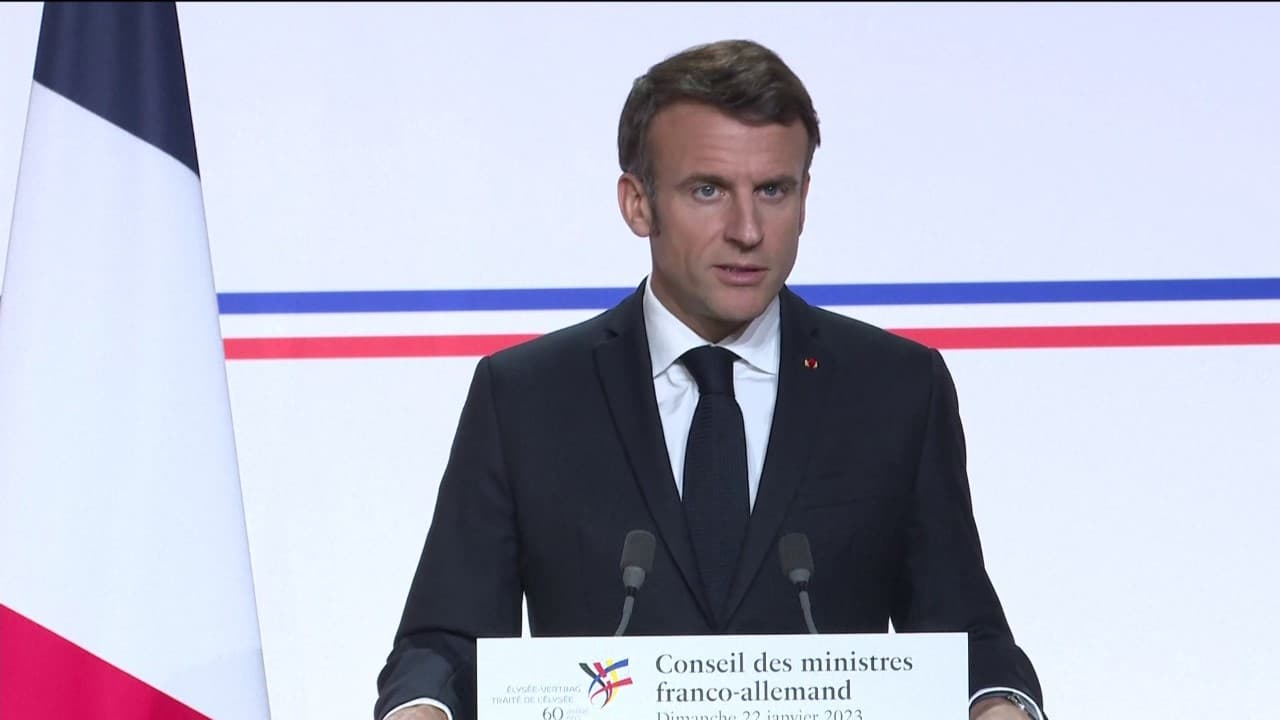 Emmanuel Macron announced Sunday evening that “nothing is ruled out” regarding the delivery of Leclerc tanks to Ukraine.

Emmanuel Macron announced during a press conference held on Sunday evening, alongside German Chancellor Olaf Scholz, that “nothing is excluded” regarding the delivery of Leclerc heavy combat tanks to Ukraine, in order to support it in its war against Russia.

“As for the Leclercs, I have asked the Minister of the Armed Forces to work on them,” declared the French president. “There is nothing excluded, and this is already collectively appreciated.”

However, specify that the decision will be made on the basis of three criteria. The first, “that this is not escalatory.” the second, “that it can provide real and effective support” to Ukraine, and the third, that it does not impair “our defense capabilities”.

Olaf Scholz was questioned for his part on the Leopard 2, these German-made and world-famous tanks, which are in demand by kyiv. “The way we have acted in the past is always closely coordinated with our friends and allies and we will continue to act according to the concrete situation,” he said.

“The way we have acted in the past is always closely coordinated with our friends and allies and we will continue to act according to the concrete situation,” added Olaf Schultz, referring in particular to the United States.

The two leaders did not hide the fact that their positions are still very far apart on a European anti-missile shield project that Berlin would like to implement using existing Israeli and American technologies while Paris is calling for a European solution, based on Franco. Order – Italian.

The two leaders sought to display all points of convergence and announced a step forward in European hydrogen infrastructure, with the extension of the Franco-Portuguese-Spanish H2Med pipeline project to Germany.