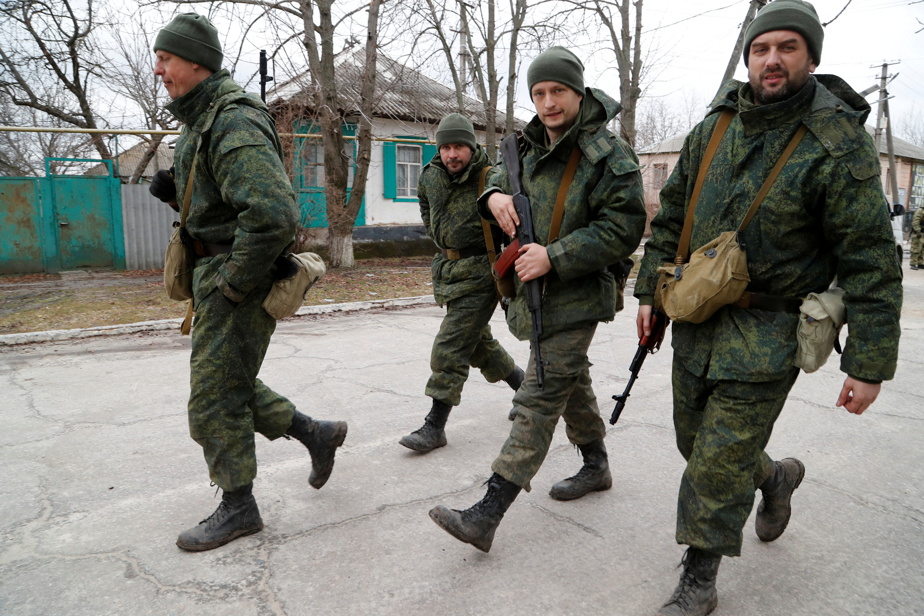 (Moscow) The leader of this region, Leonid Bashnik, said Sunday that the separatist region of Luhansk, whose independence Moscow has recognized, may soon hold a referendum to join Russia.

I think that in the near future there will be a referendum on the territory of the republic [autoproclamée de Louhansk, NDLR]during which the people will exercise their absolute constitutional right and express their opinion on joining the Russian Federation.

“I don’t know why, I’m sure he will,” he added, without giving details of a possible date.

Oleg Nikolenko, a spokesman for the Ukrainian Foreign Ministry, responded on Twitter: “All false referendums in the temporarily occupied territories are null and void and will not have any legitimacy.”

“No country in the world will recognize the forced modification of Ukraine’s internationally recognized borders,” he added. “On the contrary, Russia will face a tougher response from the international community, which will further isolate it on the world stage.”

The breakaway pro-Russian republics of Donetsk and Luhansk, whose independence has been recognized by Moscow, are located in the Russian-speaking mining basin of Donbas (eastern Ukraine) and have escaped from Kyiv’s control since 2014.

The war that incited the separatists against the Kyiv authorities has since left more than 14,000 people dead.

Their independence, declared after referendums, is not recognized by the international community.

On February 21, in a highly organized sequence, President Vladimir Putin recognized their independence and acceded to their demands for “defense cooperation.”

This was a prelude to the entry of Russian troops, on February 24, into Ukraine, on the basis of the defense of these breakaway regions, according to the Kremlin.

For his part, another Russian parliament member, Senator Andrei Klishas, ​​noted that the authorities of these republics “have the right to make all decisions in accordance with their constitutions.”