Home World Joe Biden says, “Nuclear war is impossible to win and should not be waged.” 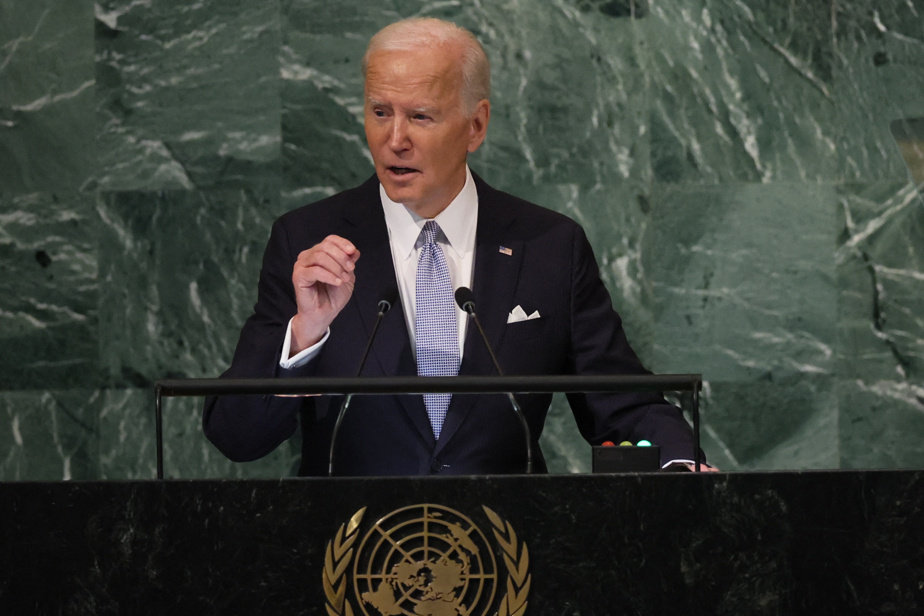 (United Nations) Joe Biden on Wednesday accused Russia of “shamelessly violating” the founding principles of the United Nations Charter, which called on all nations around, whether democratic or non-democratic, to unite.


The US President emphasized that the institution is based on “the clear prohibition of the acquisition of the territory of the neighboring country by force,” and added, from the rostrum of the United Nations General Assembly: “This war simply eliminates Ukraine’s right to exist.”

Faced with this invasion led by a permanent member of the United Nations Security Council, Joe Biden also felt it was time to reform this body, which is often paralyzed by vetoes.

He called for an “increased number of permanent and non-permanent members” of the Security Council so that countries from Africa, Latin America and the Caribbean could be represented.

While the US president was reasserting his conviction that democracy is the best system, he focused his attacks on Russia, but chose a more conciliatory tone with the great rival, China.

He said, “Let me be very frank.” “The United States does not seek conflict. Joe Biden said again that the United States is not looking for a cold war “with China,” and reiterated that the US position on Taiwan, a highly controversial subject, has not changed.

After Vladimir Putin threatened on Wednesday to use atomic weapons, “dangerous” statements came, according to Joe Biden, with the latter saying: “Nuclear war is impossible to win and we must not fight it.”

See also  The world responds to Putin's declaration on Ukraine

He affirmed the United States’ desire to continue to adhere to control and non-proliferation, as he declared: “We will not allow Iran to have nuclear weapons,” indicating his preference for the diplomatic channel to avoid this.

Regarding Iran, he said: “We stand with the brave citizens and brave women of Iran, who are demonstrating at this very moment to defend their basic rights.”

Concluding his speech in united accents, at a time when some of the major emerging nations were beginning to distance themselves from Russia, the American president said: “Let us declare together, once again, unequivocally, that the nations of the world remain united.”

“We are not passive witnesses to history. We are the authors of history. We can do it,” Joe Biden said, rekindling the optimism that characterizes many of his speeches.

US President Joe Biden reiterated that the United States calls for the establishment of a Palestinian state, but he did not announce any initiative to resume peace negotiations with Israel.

“We will continue to call for a lasting, negotiated peace between the democratic, Jewish State of Israel and the Palestinian people,” Trump said in a speech to the United Nations General Assembly.

He stressed that the two-state solution “remains, in our view, the best way to ensure Israel’s security and prosperity in the future, and to provide the Palestinians with the state they deserve.”

President Biden had made similar statements during his visit to Israel and the occupied territories last July, without making any specific progress.

Mr. Biden contented himself with meeting leaders from both sides, and announced financial aid to the Palestinians and a plan to roll out 4G in the West Bank and Gaza Strip.

Peace talks between Israelis and Palestinians have stalled since 2014.