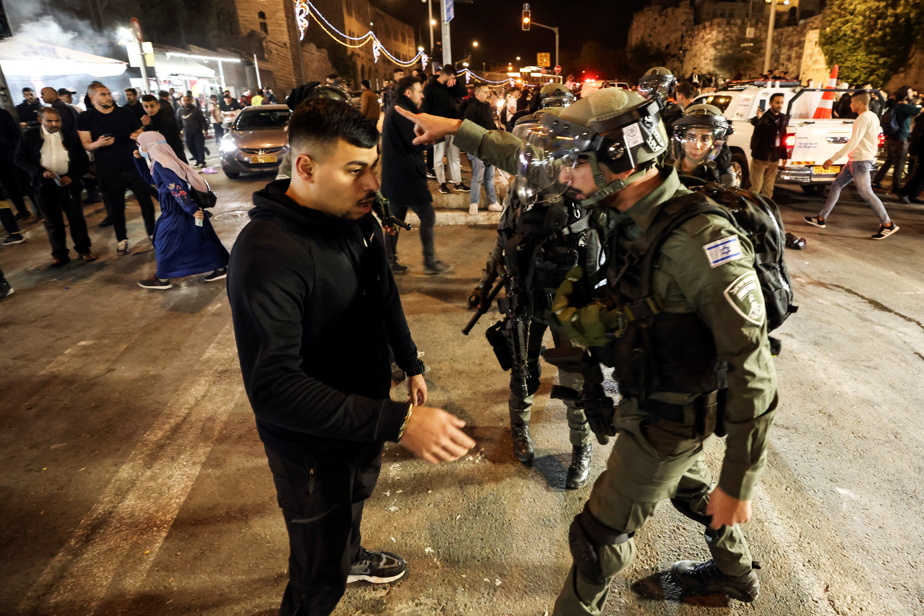 (Jerusalem) – Clashes on Sunday evening between Palestinians and Israeli police in East Jerusalem resulted in the injury of 12 people, according to rescuers and security forces, who confirmed their arrest.

An AFP photographer noted that police threw shells at security forces, tear gas and stun grenades in front of Bab al-Amud, one of the main roads leading to the Muslim Quarter of Old Jerusalem.

Occupation police reported the arrest of ten people and the injury of an officer in what they described as “riots” that took place on the sidelines of large gatherings in the Mosque Square, the third holiest of Islamic sites and also known as the Temple Mount by Jews, on the occasion of the Muslim fasting month of Ramadan that begins at the end of this the week. The Palestinian Red Crescent counted 11 wounded among the demonstrators.

Earlier on Sunday, the head of Israeli diplomacy, Yasser Lapid, headed to East Jerusalem, one of the neighborhoods of the holy city occupied by Israel since 1967, in order to support thousands of Israeli police personnel deployed during the month of Ramadan, after a series of bloody attacks in Israel. . It left 11 people dead in the past two weeks in Israel.

“Times are tough, the situation is tense, but we have police forces that we can trust to get through this complicated period,” Mr. Lapid said immediately.

Prime Minister Naftali Bennett met with army leaders to assess military operations in Jenin, a sector in the northern West Bank from which the Palestinian who shot civilians and killed five people came. Last week in the outskirts of Tel Aviv.

At least five Palestinians, including fighters from Islamic Jihad, the second Palestinian militant Islamist group, have been killed since Thursday in these Israeli army operations in the northern West Bank.

Last year, clashes in East Jerusalem during Ramadan culminated in an 11-day war between Hamas, the first Palestinian Islamist movement Hamas, the authority in the Gaza Strip, and the Israeli army.