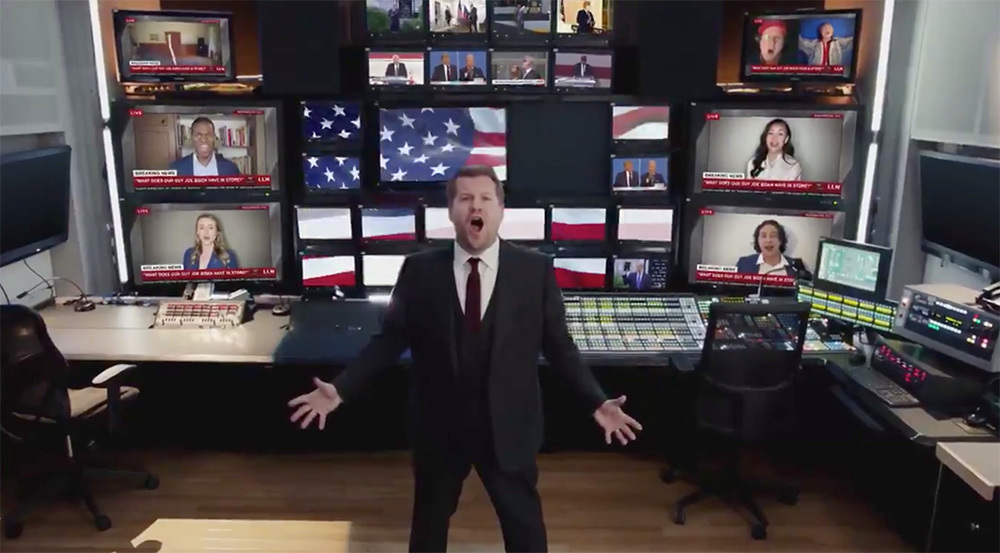 James Corden celebrate Trump cardHis last day in office with a parody of the number “One Day More,” which features so many Broadway stars.

In the video, which aired on Tuesday’s episode of “The Late Late Show,” Corden arrives at work in a good mood due to the impending inauguration of President-elect Joe Biden. After seeing Trump appear on TV, Corden erupted into a song: “Another day / The last day of Trump as President / The White House has a new resident / It’s been four years of endless crimes / But now it’s the last of time.”

The group sings together: “No more angry tweets (” cuz this time is permanently banned) / Ship it to Mar-a-Lago (do they even want him in there?) / Better if Biden change the sheets (maybe throw the bed) / Will you change Locksmith with me? “

Loboni and Lucas come about halfway through, dressed as a Trump supporter and sing a duet with words like, “We won’t wear a mask / This is our given right / In Trader Joe’s / We’ll start a viral fight / Don’t take our weapons / We protect the peace / If Karens calls / We’ll call Only the police. “

The video ends with Trump’s speech, and Corden simply turns off countless televisions. Watch the full parody below.