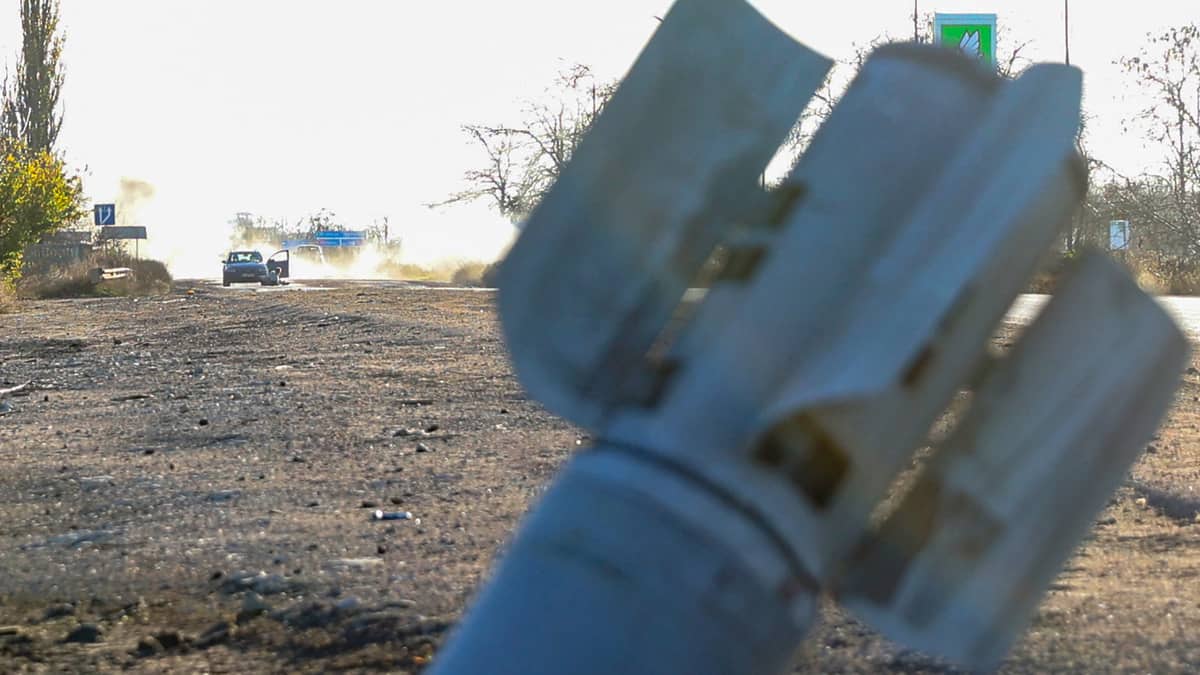 Russia on Wednesday denied responsibility for a missile hitting a Polish village near the border with Ukraine, which Warsaw itself deemed “extremely likely” by a Ukrainian anti-aircraft missile. , “an unfortunate accident.”

• Also read: Zelensky believes that Poland’s strike is Russia’s “message” to the G20

The missile killed two men in the Polish village of Przyodo when it hit an agricultural building on Tuesday, leaving Poland reeling, its military on high alert and raising fears of a further escalation of the war in Ukraine.

“There is no indication that this was a deliberate attack on Poland,” Polish President Andrzej Duda told reporters on Wednesday.

He continued, “There is a high probability that it is a missile used by the Ukrainian missile defense system.” He added that it “might have been an unfortunate accident, unfortunately”.

NATO chief Jens Stoltenberg said there was “no indication of a deliberate attack” in Poland. Ambassadors of NATO member states met urgently on Wednesday in Brussels.

From Bali (Indonesia), where the G20 is meeting at the summit, US President Joe Biden also considered it “unlikely” that Russia had launched the missile.

“I’ll make sure we can determine exactly what happened” before deciding on the reaction, he added after an emergency meeting on Wednesday of the leaders of the G7 countries (the United States, France, Germany, the United Kingdom, Italy and Canada), in Indonesia, on the sidelines of the G20 summit.

See also  Russia is more deserted than ever

Moscow welcomed the “restraint” of the US reaction, and denied involvement in the incident in Poland.

“Only high-precision strikes were carried out on the territory of Ukraine at a distance of more than 35 kilometers from the Ukrainian-Polish border,” the Russian Defense Ministry said in a statement. It was categorically identified by Russian specialists (…) as an element of the S-300 anti-aircraft guided missile defense system of the Armed Forces of Ukraine.

The blast occurred at around 2:40 pm GMT on Tuesday in Przyodo and killed two farm workers. Police have set up a cordon around the site, which is not accessible.

“I’m scared. I haven’t slept all night,” Anna Magos, 60, a primary teacher in the village, told AFP. “I hope it was a stray missile or we are lost.”

We are dealing with the consequences of Russia’s actions. These consequences, for the first time since the beginning of the war (…) affected Poland, Polish citizens were killed, ” confirmed Wednesday Pawel Jablonski, Polish Deputy Foreign Minister, to PAP.

German Chancellor Olaf Schultz called for a “careful investigation” and warned against “hasty” judgments, while Paris called for “greater caution”, as “many countries” in the region possess the same type of missiles.

UN Secretary-General Antonio Guterres urged “the need to avoid an escalation of the war in Ukraine”, calling for a “thorough investigation”.

On the Ukrainian side, fingers are pointed at Moscow.

Ukrainian President Volodymyr Zelensky said in a video conference before the leaders’ meeting in Bali that the missile strike in Poland “is nothing more than a message from Russia to the G20 summit”.

The head of his diplomatic office called the allegations that it could be a Ukrainian missile “conspiracy theories”.

Russia invaded Ukraine on February 24 and still controls parts of it, despite a string of battlefield defeats in recent months.

Poland, whose border with Ukraine is 530 kilometers long, is a leading country in the region in terms of military and humanitarian aid to its eastern neighbor. It is a member of NATO and there are about 10,000 American soldiers on its territory.

The missile fell as Russia launched massive strikes on Ukraine’s civilian infrastructure on Tuesday, knocking out power to millions of homes. Russian missiles hit cities across the country, including Lviv (west), near the Polish border.

President Zelensky called Russia’s massive bombing of Ukrainian infrastructure “a slap in the face to the G-20”.

This summit is taking place without Russian President Vladimir Putin, who did not want to speak there even by videoconference.

The strikes, which killed at least one person in Kyiv, led to widespread power outages in Ukraine and as far afield as neighboring Moldova. On Wednesday, Moscow denied targeting the capital, saying that “all the destruction in residential neighborhoods of the Ukrainian capital (…) is a direct result of the downed and self-destructive anti-aircraft missiles fired by Ukrainian forces.”

Next week will be “difficult” for the residents of the Kyiv region, warned the region’s governor Oleksich Kuleba, because “the destruction is great” and “it is expected that (…) temperatures will drop to -10 degrees Celsius”.

See also  'It would be a very hot disaster'

These Russian attacks come four days after the humiliating withdrawal of Russian forces from part of the Kherson region, including the southern city of the same name, after more than eight months of occupation.