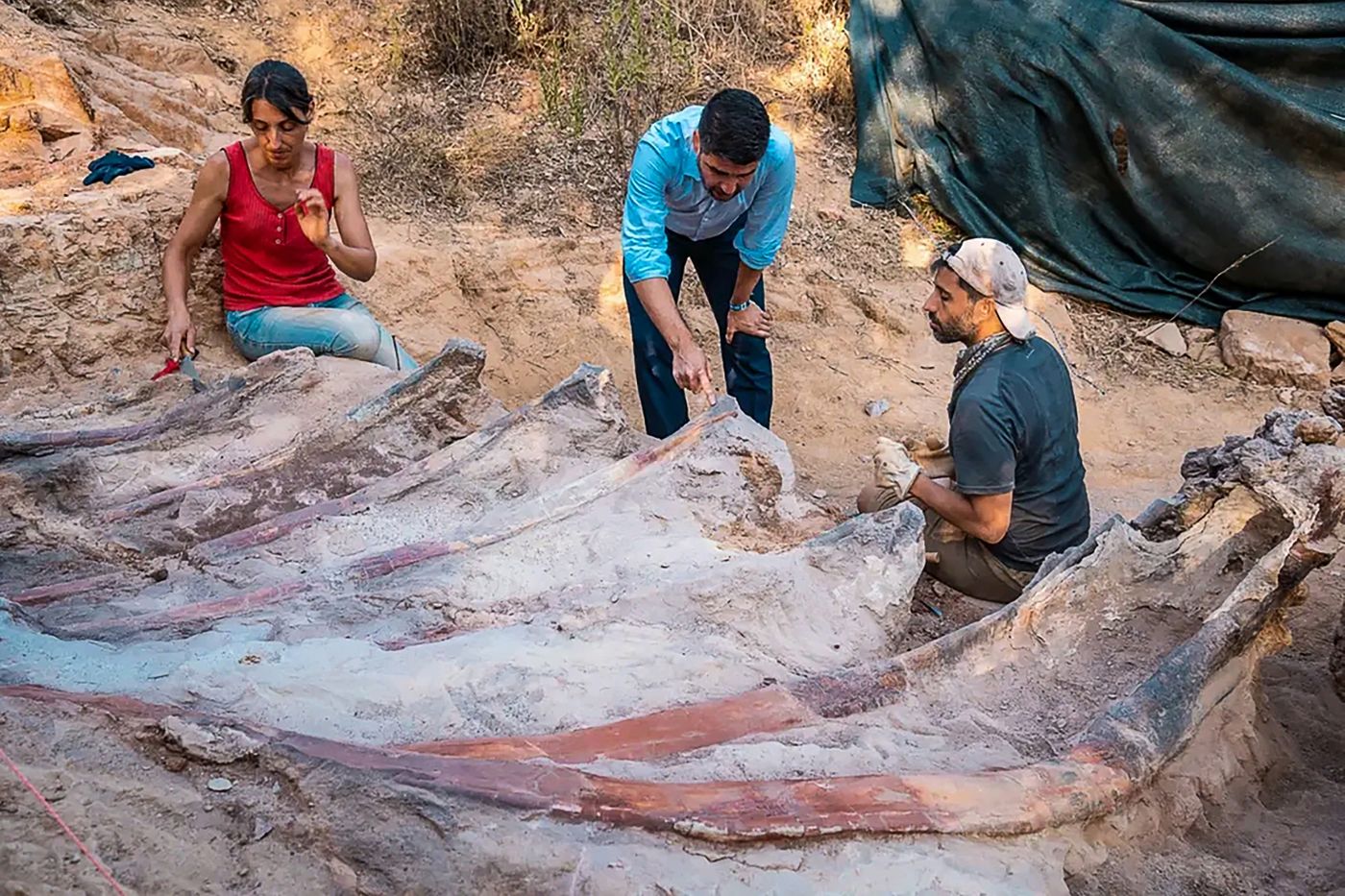 At the beginning of August, in the garden of a house in central Portugal, Portuguese and Spanish paleontologists excavated the fossilized bones of a dinosaur that could be the largest sauropod ever discovered in Europe.

“It is one of the largest known examples in Europe or even all over the world,” paleontologist Elizabeth Malavia of the Dom Luiz Institute at the University of Lisbon’s Faculty of Sciences told AFP.

She said that among all the vertebrae and ribs collected that date back to the Jurassic period about 150 million years ago, the researchers found the remains of a rib about three meters long.

The first discovery of these fossils dates back to 2017, when a resident of the Pombal region excavated the ground with an excavator to build an extension on his property.

In early August, a team of researchers discovered the remains of the dinosaur to conduct in-depth studies of these fossils. New excavations could be carried out in the coming months at their discovery site as well as in the surrounding area.

Sauropods are herbivorous and four-legged dinosaurs, recognizable by their long neck and long tail, which can reach 12 meters in height and 25 meters in length. They are among the largest animals that ever lived on earth.

The fossils discovered near Pombal must belong to an animal of the brachiosaur family that lived during the upper Jurassic period.

Elizabeth Malavia noted that the fact that these skeletal parts were found together, in the “original” position they were in when the dinosaur was alive, is “relatively rare.”