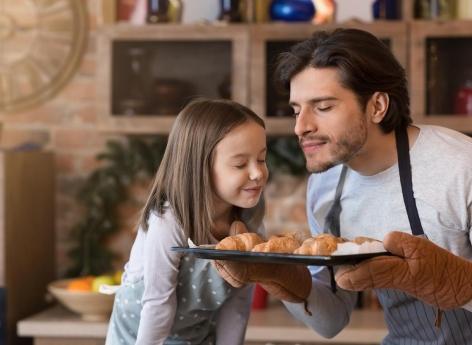 We are familiar with the phenomenon “Madeleine Proust”, described by the narrator from the first volume ofIn search of lost time by Marcel Proust. A taste, Madeleine’s taste in the novel, suddenly brings us back to the memory of a scene from our past, as if we were traveling through time.

But taste is not the only sense that can pass us through the years in an instant. Your sense of smell will also have this strength. Think, for example, of the smell of clay or pots of glue that could take you straight back to the classroom in your childhood, or to a dish that was especially unique to you in the past.

Researchers studied the power of taste and smell in memory

Researchers at Lancaster University in the UK wanted to know through them New studyIf the smell and taste of food can actually bring us back to old buried memories. Their results were published in the journal Human-computer interaction.

Working with 12 elderly people, they collected 72 memories, half of which involved food and the other half had nothing to do with food. Among these baffling memories, some participants cited, for example, memories of grilled mackerel served on golden weddings or that of strawberries eaten in the hospital after childbirth.

The researchers worked with participants to create personalized replicas of the foods associated with each person’s memories. These replicas, made using 3D printing, are shaped like little balls of edible gel and perfectly copy the aroma and flavor of the original food. Thus it was easier to swallow and had more intense flavours, without the need for special ingredients and preparation.

After experiencing these aftershocks, the participants were able to recount their memory much better, with more accuracy about the details of the scene and the emotions they were feeling at the time. Professor Corina Sass, who conducted the study, said in a communication that “The 3D printed scent and flavors encouraged memory retrieval, and elicited positive emotional experiences, with rich and intense sensations, that the participants greatly enjoyed.”.

In the study report, the narratives of memories were already significantly enriched in detail compared to the first evocation before the experiment. One participant says, regarding the remembrance of roast beef that the researchers recalled in the replica, that it is “Backed 25 Years In One Leap”. “I could sit at the table in the room…and suddenly, I’m back in place”, he adds. The latter is surprised by the effectiveness of the phenomenon: “It only evokes some sensations. However when you taste it, you see yourself there again.”

This technique may be important in treating dementia. This was said by a woman who shared the experience with her mother when she had Alzheimer’s disease “As soon as she smelled and tasted the food, she would say something like, ‘Oh, that’s like food from the old days. It takes me back in time. She has lived a long time. “

Another participant also suggested creating a memory album related to food to allow people with dementia to reconstruct their memories of past events.

See also  Kiwis ZespriTM: What if we won super-chic bowls drawn by Studio Jonesie simply by treating ourselves to a healthy and delicious breakfast