Home science How do we envision the transition from unicellular to multicellular organisms during evolution? 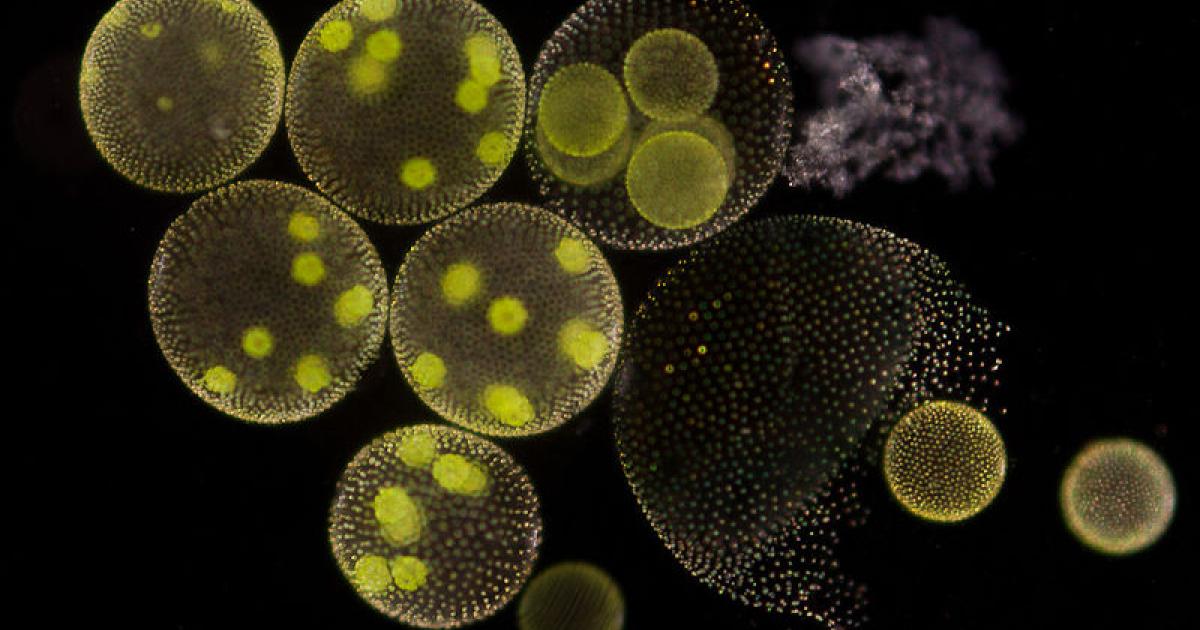 To try to find the beginning of an answer to this problem, biologists can trace the simplest multicellular organisms that exist today. On this account, Volvox is an interesting case because it lies at the boundary between unicellular and multicellular organisms. These algae consist of a colony of cells among which two different types are identified: somatic cells and reproductive cells, slightly larger, called gonidia. Aggregate somatic cells are not differentiated which is why it is more appropriate to speak of a colony of an organism in this case. Is it a descendant of a primitive form of life that made it possible to build a bridge between unicellular and multicellular organisms? Apparently not due to the “…transmission between the unicellular ancestor of volfox The colonial form as we know it today began about 200 million years ago and lasted about 35 million years. This corresponds to the end of the Triassic period and part of the Jurassic period, that is, at a time when multicellular plants were widespread and existed for a long time. » [1]

Moreover, it is not certain that the transition from unicellular to multicellular began with algae, or at least with this type of organism. Yeasts are single-celled organisms belonging to the kingdom Fungi and Fungi. Most of them form filaments which are networks made up of many cells. The team observed that under certain conditions, yeast Candida albicans This type of network can be formed. [2]

More recently, a study published in 2019 reported on an experiment in which a unicellular algae evolved after 750 generations into a multicellular organism when this algae interacted with the presence of a predator. It only took 50 weeks for this developmental process to bear fruit. Great diversity is observed among these new organisms. The team was keen to verify through survival tests “…that evolved multicellular traits provide effective protection against predation.” [3] The development in such a short time might seem surprising. However, it must be specified that these modern organisms, as “primitive” as they seem to us, undoubtedly have a much more developed genetic heritage than their ancestors who existed more than a billion years ago. Moreover, it was carried out under artificial conditions. Presumably, a similar evolutionary process would have required millions of years to first materialize at such a distant time.

Fueria is a small plant found in the jungles of Panama. It features a single blue flower. It exhibits a very special property: this plant does not photosynthesize. Photosynthesis is one of the main characteristics of the plant kingdom. Obviously, this plant has lost this ability. It’s entirely possible, but are we sure? One phenomenon that evolutionary biologists have to consider is horizontal gene transfer. In this type of process, genes are passed from one organism to another without reproduction. So far, this phenomenon has only been observed in prokaryotes, which are single-celled organisms without a nucleus, in this case, primarily bacteria. Last year, a team from the University of Montreal observed it in a parasite, Leishmania. Genes are expelled from the parasite inside the vesicles. [4] This transfer of genes between eukaryotic cells appears to have not yet been demonstrated.

Could, then, such genetic transfer occur between organisms of different species? How can we know if this phenomenon did not actually happen in the past? Let’s go back to our little plant that doesn’t photosynthesize. The simplest reason is that she would have lost this ability and that could be said to be the most likely, but not the only possibility. Conversely, if the species inherited from Fueria’s ancestors were not a plant? Couldn’t the species in question acquire certain, even several, characteristics from plants by horizontal gene transfer that would have occurred many times? In science, probability must never be elevated to the rank of fact. Scientists must imagine all possible hypotheses, even the most likely ones, and proceed to check them when the possibility is presented to them. For such a mechanism may have operated more frequently at certain times to allow for “evolutionary leaps” such as those which allowed the passage from simple organisms equipped with a single cell to those with many cells differentiated into several species for their own sake. constitution.