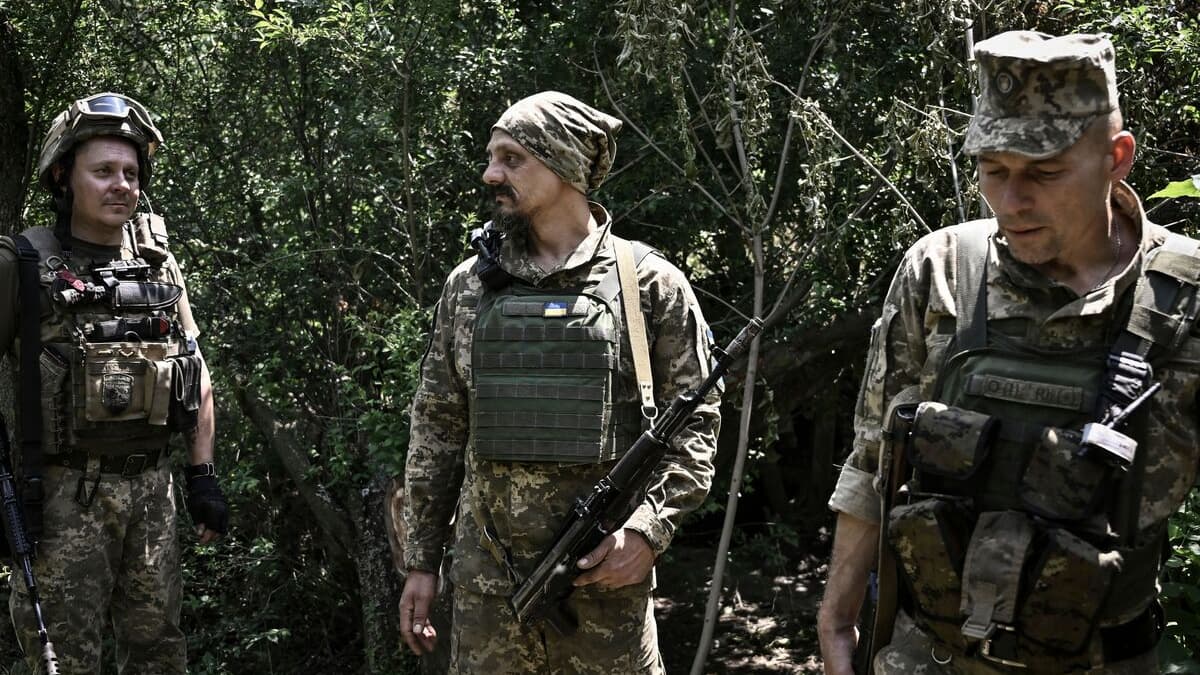 The French presidency announced on Friday that France wants Ukraine to “victory” in the conflict with Russia, and is also ready to participate in a “operation” that would allow lifting the blockade of the port of Odessa and the export of Ukrainian grain.

“The president also had the opportunity to say, we wish victory for Ukraine. We want to restore the territorial integrity of Ukraine,” said the Elysee, in response to questions raised by a call from President Emmanuel Macron “not to humiliate Russia.”

“We want this conflict, this war that Russia is waging against Ukraine to end as soon as possible, and to begin negotiations that will not only lead to the restoration of the territorial integrity and sovereignty of Ukraine, but also take into account a certain number of other very important elements such as transitional justice ( On war crimes committed by the Russians, editor’s note), such as the payment of war reparations, etc., ”the Elysee hit.

Emmanuel Macron’s comments cast a shadow over the position of France, which some Eastern European allies suspect of wanting above all a ceasefire in the conflict, while risking accepting some conquests on Russian soil.

Other Europeans, from the British to the Baltic states, are calling for increased Western military support for Ukraine to help it win victory, rejecting any territorial concessions to Russia, including in Crimea.

The Elysee insisted that “a military invasion of foreign lands cannot be accepted under any circumstances”.

“We are simply saying that Ukraine must win on this issue and, moreover, we must find the means to achieve a peace negotiated in accordance with international law and the sovereignty of Ukraine,” added one of President Macron’s advisers.

See also  A situation we haven't seen in 25 years

The French presidency also indicated that France is ready to participate in an “operation” to lift the blockade of the port of Odessa (southern Ukraine) and export Ukrainian grain to needy countries, in cooperation with the United Nations.

“We are at the disposal of the parties so that, essentially, a process is implemented that will allow access to the port of Odessa in complete safety, that is, we can allow the boats to pass despite the fact that the sea is mined,” said a presidential adviser.

He stressed that it is essential “that these grains exported from Odessa go to the markets where they are expected to be obtained at reasonable and practical prices, especially for African countries”.

Russian President Vladimir Putin gave his “consent” to such an operation during an interview with Emmanuel Macron on May 28, according to the Elysee, noting that an initiative in this direction by Russia and Turkey this week, did not work.

France is calling for a Security Council resolution. The Elysee noted that neither the Russians nor the Turks say they oppose it.

“The United Nations must be at the heart of the game because only they can put all the elements together, and both secure access to Odessa, give authorization to inspect boats bound for Odessa and then plan, through the ‘farm initiative, role of UN agencies etc…’ Distribution Cereals are on terms acceptable to those who need them”, noted the Elysee.