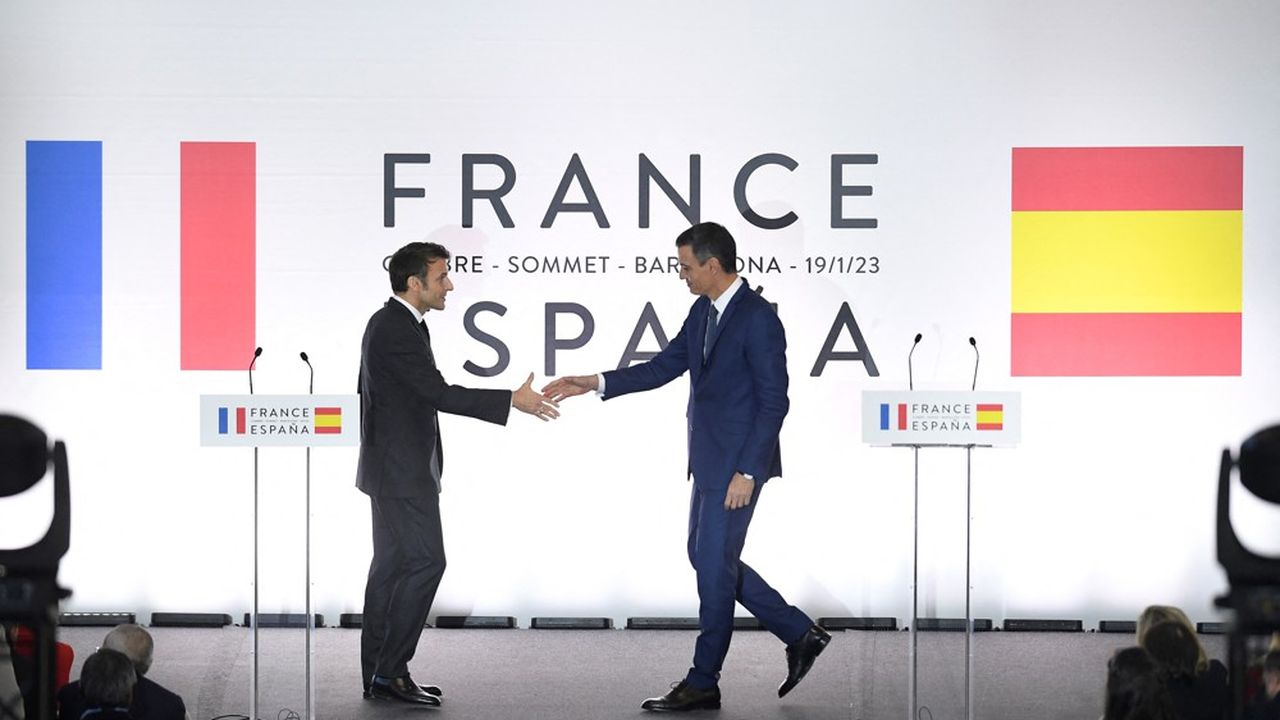 Emmanuel Macron and Pedro Sanchez got on well between France and Spain on Thursday. The two leaders signed a Treaty of Amity and Cooperation Between the two countries, in the elegant setting of the Art Museum of Catalonia, perched on the heights of Barcelona.

Neither echoes of the independence demonstration at the foot of Montjuïc nor Strike movements in France It did not alter the course of the day, which was marked by a series of bilateral agreements to enhance cooperation in education, homeland security, defence, labor and the social economy. “It is about closing an exceptional relationship and having a stable legal framework for a relationship built over time, which also defines what we want to be,” said Pedro Sanchez.

After the formal signing of the Treaty of Barcelona, ​​the two leaders multiplied mutual displays of affection and gestures of closeness between “Dear Pedro” and “Quiredo Emanuel”, to recall the fluidity and importance of their exchanges. An agreement signed between the two countries. This is the third of its kind for France, after the Elysée Treaty, ratified with Germany in 1963, and Quirinale Treaty With Italy in 2021. This is Spain’s second friendship treaty, after the one concluded with Portugal in 1977.

For Paris and Madrid, it is an opportunity to formalize the intensity of the de facto relationship and celebrate the “path of Franco-Spanish friendship and optional ties,” as Emmanuel Macron emphasized, emphasizing the community of values ​​and intellect, which makes it possible to defend converging views on most European issues.

The text announces the promotion of cooperation and highlights shared values, drawing on shared history and cultural affinity. With the invocation of the memory of the Spanish exiles who applied for asylum in France at the end of the civil war, the heritage of the mixed family and the dual nationality agreements signed in 2021.

It includes the creation of a specific group on migration issues, new joint commitments for roads, railways, and energy interconnections, as well as the initiation of a diplomatic dialogue with the Southern Neighborhood and Latin America.

The high level of coordination will be enhanced by the joint presence, every three months, of ministers in government meetings in the neighboring country, as well as by intensifying meetings between senior officials of the two countries to accelerate bilateral agreements and procedures. The document also stresses the desire to strengthen cooperation at the European level, with regard to fundamental rights, social justice, security, defence, the environment and climate change.