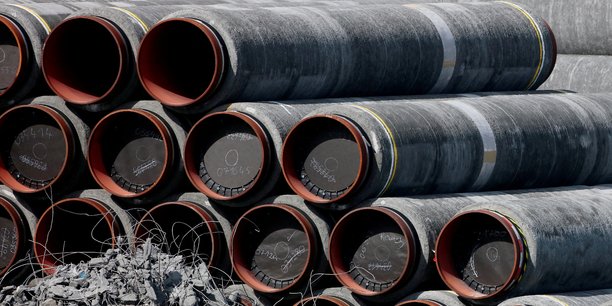 In the midst of the energy crisis, Project MidCat – short for Midi (southern France) and Catalonia (northeast Spain), the two regions to be linked – is regularly appearing in talks. This gas pipeline will allow Spain and Portugal to transport gas, which comes in the form of LNG from the United States or Qatar, to central Europe via France.

The idea was launched in 2013, and has since been abandoned in 2019 due to its environmental impact and economic interests that were considered limited. But Spain, since June, has been calling for his revival. Portugal and Germany have since provided support. “I want to emphasize once again that I strongly support such a connection,” He reaffirmed German Chancellor Olaf Schulz at the end of August.

Paris is not convinced

A position that France does not share. In response to a question on Monday, September 5, on the subject, the French president estimated that the need for such infrastructure was not “It’s not obvious.”

“I don’t understand the short-term problem we are trying to solve (…). I don’t understand why we jump like goats from the Pyrenees about it to explain that it will solve the gas problem: that is wrong,” Emmanuel Macron thinks.

The head of state highlighted the “environmental objections” for this infrastructure, “which is not without foundation”, Confirmed that he was there “There is no need for Spain to export its gas energies to France.” The peninsula currently uses gas pipelines that connect it with France “import” some gas.

Emmanuel Macron’s statements, in particular referring to “Children of the Pyrenees”, It provoked an upset reaction in Spain. Daily Catalan La Vanguardia Hence referred to “unsympathetic words” He considered that the French president “He did not like the strong friendship between Spain and Germany.”

Spain-Germany gas pipeline: why is France slowing down?

The day after the French President’s statements, the Spanish Minister of Environmental Transformation was keen to recall her country’s position. MidCat is not the only one “Bilateral relations” Between Paris and Madrid, Teresa Ribera said on Radio Onda Cero. “Therefore, the debate (about its usefulness) cannot therefore be closed with the statements of one country,” I continued. And to clarify that the construction of a new gas pipeline between France and Spain is a project “European Concern” Madrid will continue to defend it.

However, the French president added that if Olaf Schulz or Spanish Prime Minister Pedro Sanchez showed him otherwise, he would. Ready for review [sa] Site “.

A little interest in France

The arguments on the French side against MidCat are varied. “Such a project will take many years to be operational, and the study and work time for this type of infrastructure always takes several years, and therefore will not respond to the current crisis,” We argued a few days ago at the Energy Transition Ministry.

France will not necessarily find its interest in building an extensive pipeline that would allow the Iberian Peninsula to sell its gas in Central Europe. France also has a gas-to-gas regasification plant at Fos-sur-Mer (Bouches-du-Rhône) which allows it to import large quantities of LNG without the need for a new gas pipeline. The government plans to build a fourth LNG terminal in Le Havre.