Home entertainment FIFAK 2022 unveils the main lines of its programme 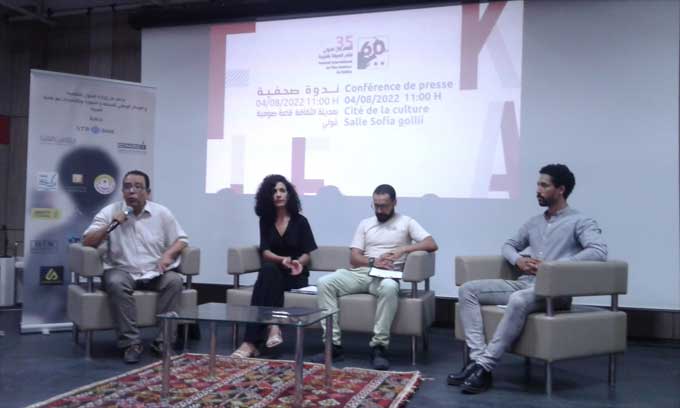 The Kelibia International Amateur Film Festival (FIFAK) has unveiled the main lines of the program for its 35th edition, which will be held from 13 to 20 August 2022 in the city of the same name.
FIFAK is back after a two-year absence due to the global health crisis. This annual festival is organized by the Tunisian Federation of Amateur Filmmakers (FTCA), with the support of the Ministry of Cultural Affairs and in collaboration with the National Center for Cinema and Image (CNCI) and the Municipality of Kelibia.

The program for the 2022 edition of the festival was revealed on Wednesday, August 3, during a press conference held at the City of Culture. The opening ceremony of FIFAK will take place on Saturday, August 13, at the open-air Zin Essafi Theater in Kelibia. It will open with a Portuguese film Between the Island written and directed by Amaya Sumpsi, a 76-minute documentary film that will be released in 2022.

Adel Abed, Festival Director and FTCA President, spoke about the developments in the official competition of the festival, which foresees two international and national competitions, open to amateur filmmakers, independent filmmakers and film schools.

Two new competitions will be dedicated to texts and images. Of the 32 scenarios submitted to the selection committee, 18 were selected. In the photography competition, 30 photos were selected out of 160.

There will be a jury for these two competitions, which will consist of Souad bin Suleiman, Amin Boufayed and Abdel Aziz Bushel.

The international competition is open to amateur films, independent films and school films of any origin and genre. It includes 37 films, including 5 Tunisians from 30 countries.

The Faucon d’or is the highest honor bestowed on the best film in this competition, offering prizes for the best films in the novel, documentary and animation/experimental genre, as well as a Special Jury Prize and Special Mentions.

The national competition, which includes more than 100 films, is open to amateurs and independents of Tunisian films and films from film schools of all genres.

The Festival provides an “information section”, open to films that present thematic and/or artistic interest and which do not fall within the competition terms.

Combat cinema including Palestinian cinema, special screenings, workshops, seminars, meetings and discussions are honored in the program of this edition of FIFAK which coincides with the 60th anniversary of the FTCA.