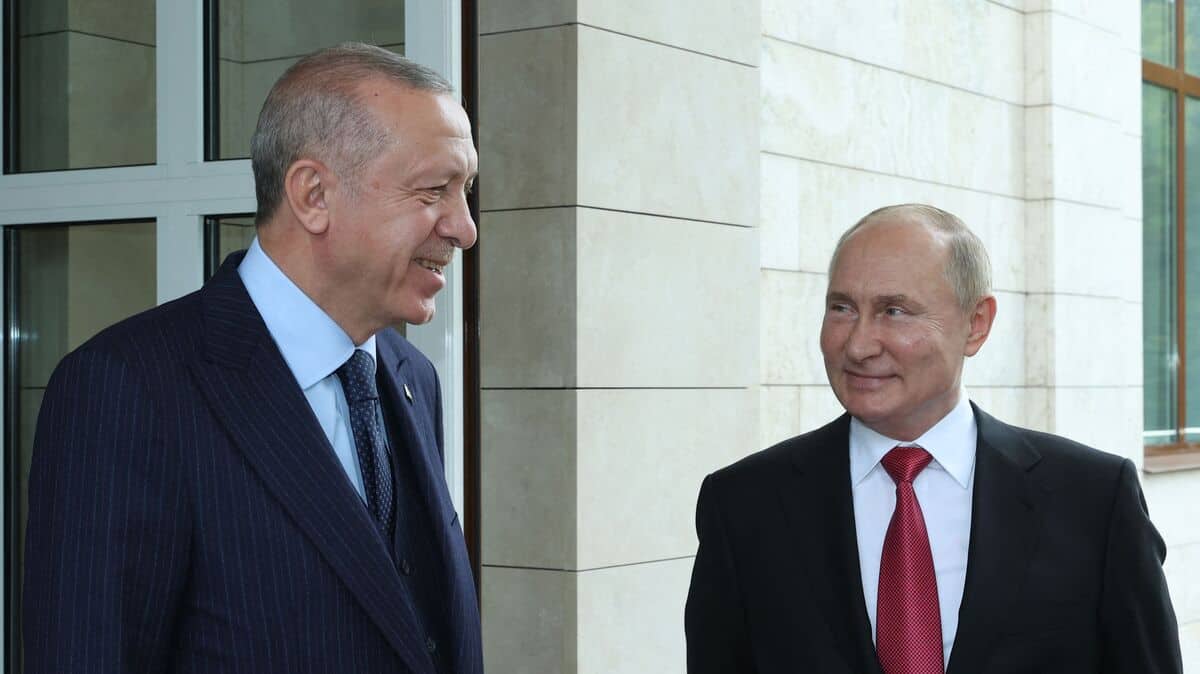 The Kremlin said, on Wednesday, that it expects Turkish President Recep Tayyip Erdogan to make a concrete offer to Vladimir Putin to mediate in the conflict in Ukraine, while the two men meet in Kazakhstan on Thursday.

• Read also: What is NATO’s role in the conflict in Ukraine?

“The Turks are offering their mediation. The Kremlin’s diplomatic advisor Yuri Ushakov told the press that if (Russian-Ukrainian) contacts are made, they will take place on Turkish territory.

“It is possible that Erdogan will officially come up with something,” he added, adding that he expected an “interesting and useful discussion.”

Mr. Ushakov once again praised Turkey’s position, which “does not, in principle, join the illegal Western sanctions” imposed on Russia over its attack on Ukraine.

This “gives an additional impetus to strengthening Russian-Turkish economic cooperation,” he said.

Listen to Norman Lester’s editorial on The Richard Martineau Show, broadcast live every day at 9:48 AM. Across Radio QUB :

Turkey, a member of NATO, which relies heavily on Russian gas and oil, has sought since the February 24 Russian attack to maintain its relationship with Ukraine and Russia.

Ankara played a key role in the September prisoner exchange between Russia and Ukraine and in the conclusion of an agreement in July, under the auspices of the United Nations, between the two countries allowing the export of Ukrainian grain through the Black Sea and the Bosphorus Strait.

It also twice, in March, brought together Russian and Ukrainian representatives on its territory for negotiations that ultimately failed, for which both camps refused responsibility.

Erdogan has met Mr. Putin three times in the past three months and speaks regularly with Ukrainian President Volodymyr Zelensky.

The Turkish president pretends to be an excellent mediator and has long called for talks between the two men.

On Tuesday, the head of Turkish diplomacy, Mevlut Cavusoglu, called on Russia and Ukraine for a ceasefire “as soon as possible”.

“The faster the better,” he said in a television interview.

For his part, Ukrainian President Volodymyr Zelensky reiterated on Tuesday, in a speech to an emergency virtual meeting of the leaders of the Group of Seven countries, that there was nothing to negotiate with Vladimir Putin, who claimed the annexation of four Ukrainian regions in September, in addition to Crimea in 2014.

In response to these remarks, Yuri Ushakov told the press on Wednesday: “I would like to tell him that you should never say ‘Never’.”