Home entertainment Egyptian Mohamed Tarek, who lent his voice to Warner Bros. films “The Wind in Its Sails” 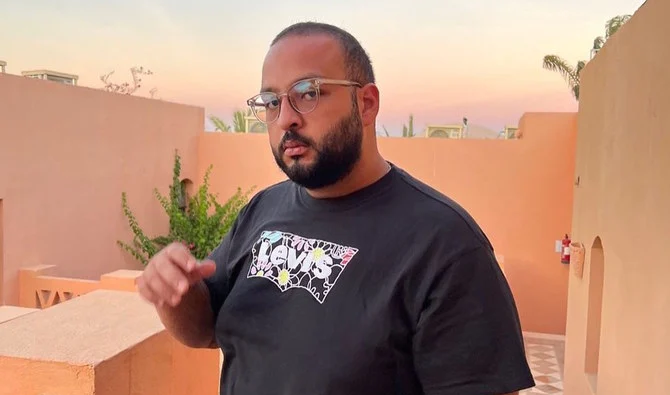 Dubai: Content creators live strange lives. Take Egyptian social media star Mohamed Tarek, for example. He’s a dentist by profession – he graduated this year after six years of intensive study in Egypt – but in his spare time he shoots comedy videos, often speaking directly on his phone. He embodies several characters by changing his voice, and from his bedroom he presents parody, collecting ideas that come to mind when he wakes up in the morning before going to work. If everyone described him as a humble and natural person who enjoys spending time with his friends and family, you would find it hard to believe if you saw him in a mall. There, surrounded by his fans, he becomes a star.

Since then, catching strangers has become a habit for Mohamed Tarek, who has gained legions of fans in the region, amassing 4.3 million followers on TikTok, 2.3 on Instagram and over half a million. million on YouTube. He caught the attention of the world’s largest film studios: he would soon lend his voice to Aquaman in the dubbed Arabic version – reanimated so that the characters’ mouths synchronized with spoken Arabic – of the film. Animations from Warner Bros. Krypto and super animals. In the English version, the character is voiced by New Zealand comedian Jermaine Clement. The young Egyptian actress did not expect at all to land this role.

“It’s not the strangest thing that has ever happened to me, but it’s highly unlikely,” he recalls. “The call I got in which I was offered the role was crazy. I was sitting in college working someone called me. It was an unknown number. I answered and they asked me, ‘Do you want to be Aquaman?’ I said, ‘Yes, that’s fine with me!'”

Tariq has always dreamed of voice acting. He has created dozens of characters that make fun of different archetypes of Egyptian culture.

“I’ve always been a fan of dubbing. Growing up, I found it impressive that people could convey so many emotions with just their voice. Animations are of course there to express something, but the voice is the key. It’s the sound we keep. I grew up and I I watch cartoons and movies dubbed in Arabic, so being able to step into this world allows me to come back full circle; “I love this job as much as I thought I would,” Tarek says.

As with most comedians, Tarek’s first audience was his family. He used his talent to make them happy in difficult times.

I am the youngest, I have two older sisters. I remember one day my sister came home from school crying. It was really broken. My father tried to calm her down, but to no avail. I thought, “I have to fix this.” So I approached her and met my eyes. I said, “Look at me!” She burst out laughing. That’s when I knew what I wanted to do in life,” says Tariq.

The comedian was born in Saudi Arabia and moved to Egypt in his early teens. There, he used comedy to connect with his new classmates, who were very different from those he knew and who teased him at first. His plan worked so well that he was able to win over his professors.

I would write songs about my teachers taking tunes from folk songs and rewriting the lyrics to suit each one of them. This not only made the students laugh, but also made the teachers laugh. I was going up on the podium; They sat in front of me and loved what I was doing. My parodies have become an annual ritual at our school,” he says.

Tarek started creating content in the early days of YouTube and the now-defunct short video platform Vine. But he didn’t really expect to find an audience outside his home. “Each of my videos has been watched five times: I watched four of them myself, and the last one was watched by my mother,” he recalls with a laugh.

However, in 2016, Mohamed Tarek presented two satirical stories similar in spirit to those he used to write about his teachers, covering the folk songs of Adele and Hozier, with new lyrics that embraced the point of view of one of its Egyptian characters. He found what he was doing normal until the number of views started to rise.

As his notoriety grew, he refused to give up on his plans and embark on content creation in his own right. So he decided to continue his studies and make videos in his spare time. It’s a choice he doesn’t regret, even now that he’s finally working as a dentist. However, navigating between his work and his videos is more stressful than he usually admits to people.

“I have a lot of guys working on social media and they are exhausted from everything they do. I also have a lot of friends who are dentists, and they are all exhausted. None of them can really understand what I am going through. I am sick of being a content creator and tired of being a doctor.” Teeth every day. Who does this? Every time I feel weak he hits me. He said with a smile “I’m fine at the moment.” “Now, I am in an important role.”

And Muhammad Tariq is not satisfied with social networks and the dental profession. Transition to a career as an actor with Krypto and Super Animals It is a change that he takes very seriously and intends to pursue diligently.

“Now, I’m trying. I started taking acting workshops, which is a big step for me, because I wouldn’t have made that decision at the time. Nobody imagines it, but actually I’m a very shy person. I was the shy, naive boy sitting in the corner because I I didn’t want to deal with people.Part of me doesn’t understand itself now, says Tariq, but that doesn’t mean I’ll stop.

“I don’t know where I’ll be in five years. I’ll keep moving forward. If I’m offered an audition, I’ll go. I’ll take every opportunity that comes my way. You have to work, you know what I mean? I really believe it,” he said. It’s going to take me where I’m supposed to be.”

This text is a translation of an article published on Arabnews.com