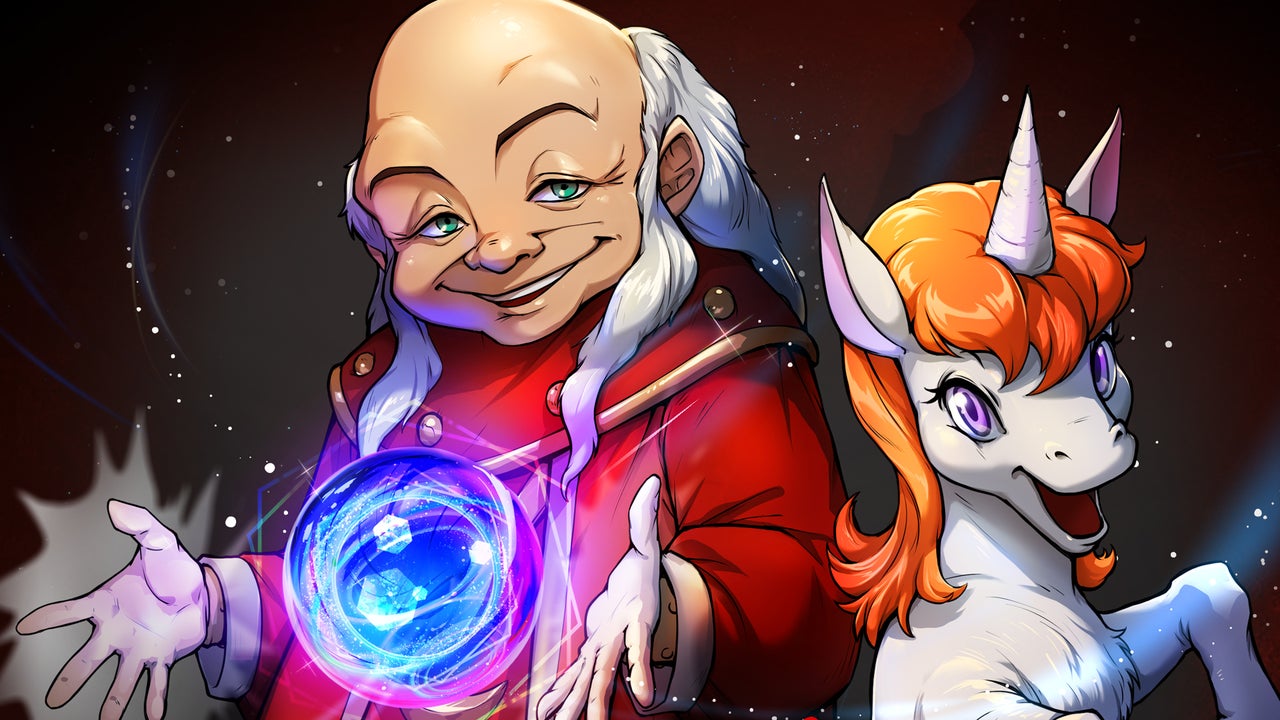 The classic Dungeons & Dragons character from the 80’s anime has arrived in the Idle Champions of the Forgotten Realms, the officially licensed D&D strategy game. Developer Codename Entertainment is preparing to release the game’s 100th hero, and to celebrate, they’re bringing the Dungeon Master from the 1983 D&D animation into the fold.

Idle Champions is a free-to-play D&D strategy game available on Xbox, PlayStation, Switch, PC, iOS and Android. The game brings together characters from different novels, campaigns, and shows in a large D&D crossover. The developers are working with D&D creators to bring popular characters into the game, including contributions from creators such as Mark Meer, Anna Prosser, B. Dave Walters, and more.

Now, the latest hero to join the ranks is the Dungeon Master from the 1983 classic D&D animation. Players can unlock it in a running event that starts on April 27 and ends on May 9. In addition to Dungeon Master Champion, the content also includes United the Unicorn from the cartoon. The developers say it was great to include these classic characters in the game.

“He was our 100th hero, and we had plenty of classic D&D characters to choose from,” said Chris Dupuis, head of live services for Idle Champions. “However, when we finally got to the Dungeon Master, everything fell into place. I knew we had something special in the works.”

Dungeon Master game features inspired by his role in the cartoon. The developers say that he has a habit of invisibility, just like in the classic series. As he leaves, Uni takes his place on the battlefield.

Two other cartoon characters will also appear in Idle Champions. Two classic villains, Venger and Tiamat, will appear to try to impede your progress. Venger is the main villain of the TV series and Tiamat is a five-headed dragon who also fights the gang of cartoon friends.

Dungeons and Dragons TV series Originally issued 1983 to 1985 on CBS. The show followed a group of friends transported into the world of Dungeons & Dragons, who had to find their way home with the help of the Dungeon Master. It is still considered a classic today, ranking 64th on IGN’s list of the 100 Greatest Anime Series of All Time.

In addition to the new characters that will be released on April 27, the date also marks the launch of the first localization cycle for Idle Heroes, supported by French, German, Brazilian Portuguese, Latin American Spanish and Spanish. Simplified Chinese for the game.

For more information about the 100th Idle Heroes of the Forgotten Realms, you can refer to The game’s official website. And for more information on D&D, check out the new reference book that adds completely new settings to the game.

Logan Blunt is a freelance writer for IGN. You can find him on Twitter @Logan Ji Factory