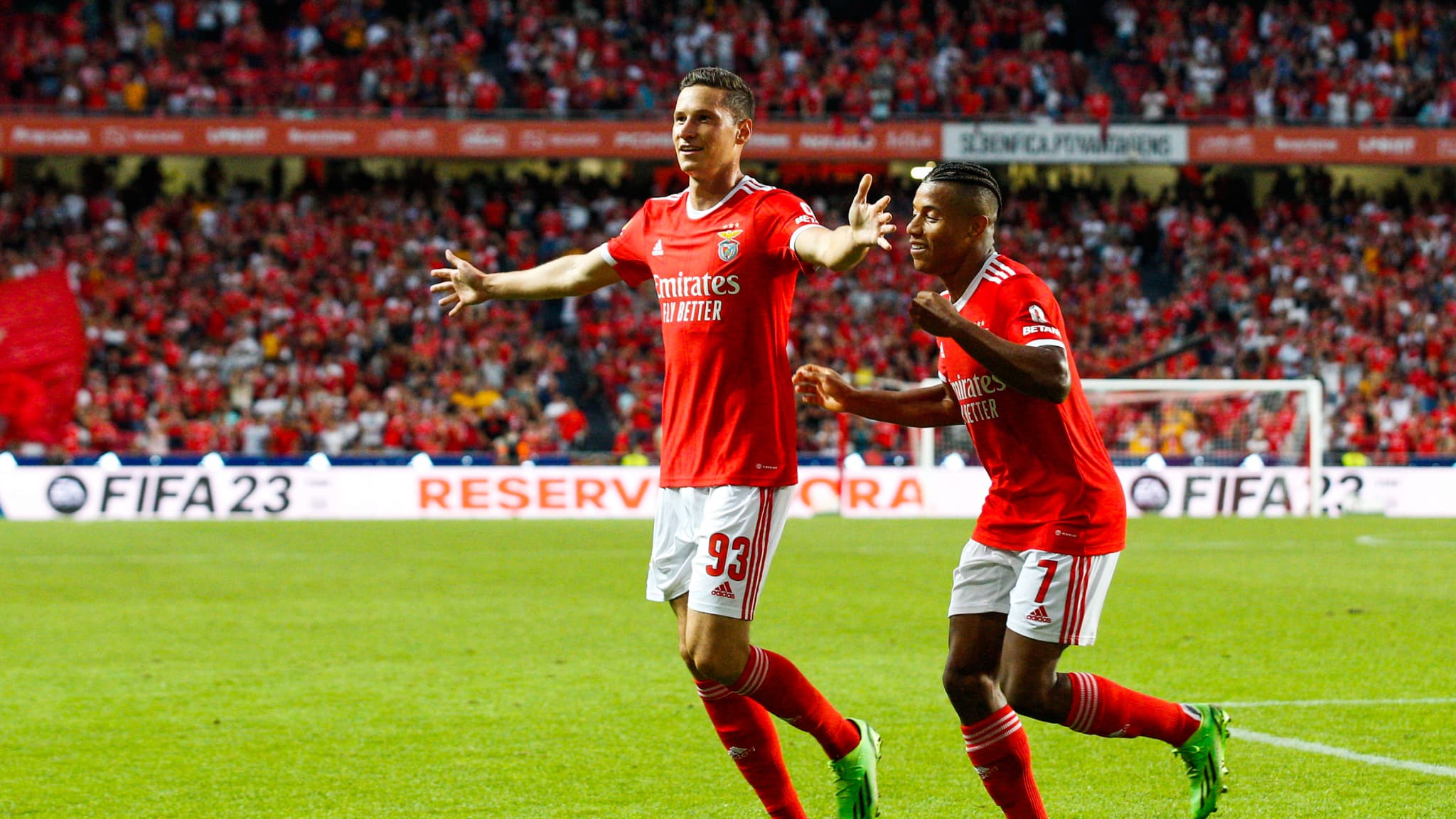 On loan from Paris Saint-Germain to Benfica, Julian Draxler (28) opened his counter in a very good way on Sunday during DAS’ victory over Maritimo (5-0).

Julian Draxler scored his first goal with Benfica Lisbon, where he was on loan until the end of the season from Paris Saint-Germain. Entering in the 68th minute of playing instead of Rafa Silva, the German completed the wide success of his team against Maritimo (5-0), Sunday, during the seventh day of the Portuguese championship. And he did it wonderfully. Asked on the left side of the penalty area, Draxler made two hooks before sending the ball into the hatch of the opposite goal.

Prior to that, Rafa Silva (28th), Gonzalo Ramos (47th, 64th) and David Neres (82nd) ​​gave Benfica a comfortable lead. Lisbon FC achieved a seventh consecutive victory and leads the standings with two points more than Braga, the second and five points over Porto III. The club also shone on the European arena with two victories in the Champions League over Maccabi Haifa (2-0), then at Juventus Stadium (1-2).

Draxler, has not scored a goal since September 25, 2021 during Paris Saint-Germain’s victory over Montpellier (2-0). Last season he played a little on Pochettino’s orders, and he was content with playing for the most part (24 matches, of which only 8). The arrival of Christophe Galtier on the Paris bench did not help his case as he was one of the players the new coach did not count on. So he was loaned for a season to Portugal. According to Le Parisien, PSG pays 80% of the 2014 world champion’s salary.

Since arriving in Portugal, he has played three matches (including only one). He will soon meet PSG in the Champions League with a trip to Parc des Princes, scheduled for October 11 (9pm, at RMC Sport 1). Draxler is linked to Paris until 2024.