Home Economy Democratic Republic of the Congo: Portugal assures the Independent Electoral Commission of its support for the 2023 elections 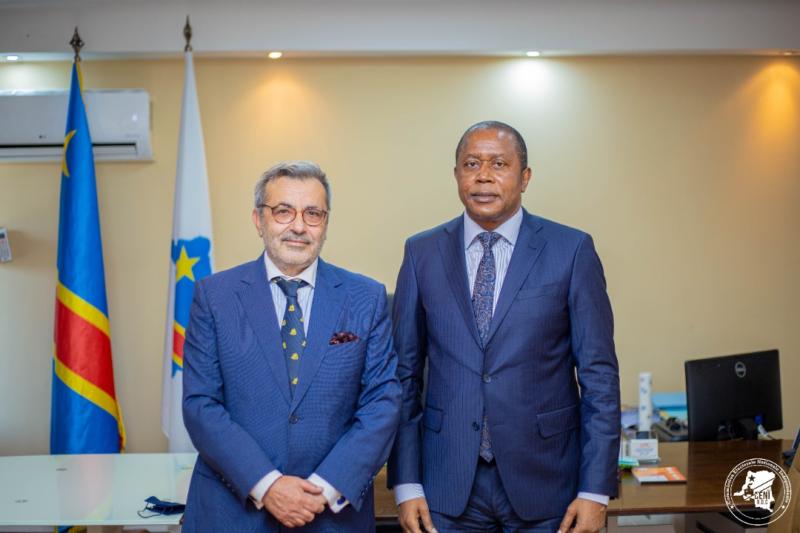 Recognizing the “great complexity” and “enormous responsibilities” of this electoral process, the Portuguese diplomat reiterated his country’s intention to accompany the DRC in this meeting.

We had a candid conversation about the development of the operation, the upcoming calendar, and in short, the preparations close to our hearts. Him as President of the Foundation and us as Friends of the Democratic Republic of the Congo. Everyone cares about what influences the upcoming elections of 2023. Portugal is a member of the European Union that has pledged to accompany the Democratic Republic of the Congo, an old friend of my country, in what is being prepared to offer solid bilateral cooperation. I declare at the end of the session that we have a general interest in Africa and in particular in the neighborhood of all our partners.

“It is a very complex process with very high responsibilities. What is at stake is enormous. The Chairman of the Independent National Electoral Commission is fully aware of this and is doing everything possible to ensure that all this happens as we all wish and expect: a very good election in the Democratic Republic of the Congo.”

Since taking office, the head of the Electoral Commission has doubled down on his meetings with partners he relies heavily on to hold the general elections scheduled for 2023.