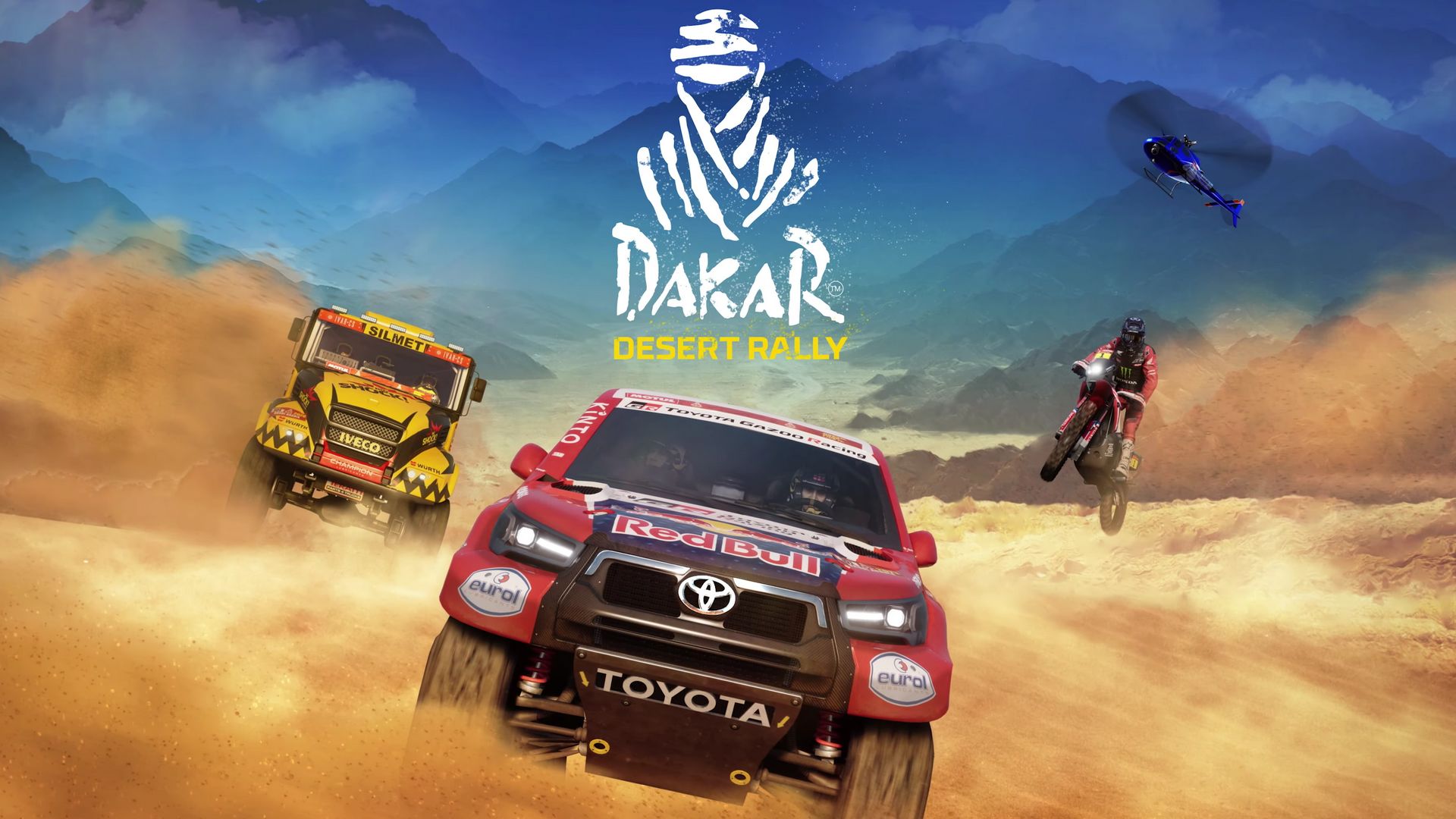 During Gamescom, we were invited by Saber Porto to discover the upcoming Dakar Desert Rally, which is set to launch on October 4, 2022 on Xbox One, Xbox Series, PC, PS4 and PS5. Four years after the Dakar 18, the Portuguese studio, inhabited by a very ambitious, presents us with its new version of the legendary rally event. If in 2018 the Dakar offered a very interesting experience in terms of navigation via a road book, the title suffered from outdated production and chaotic physical driving.

Farewell to Argentina, Peru and Chile at Dakar 18, it is time this time for the wonderful landscapes of Saudi Arabia. Since the 2020 event, Dakar has established temporary residence in the Middle East. Therefore, Saber Porto has created a new open world that offers extreme and diverse environments, enhanced by the presence of dynamic weather. In the program, more than 30 stages of the Dakar Races 2020, 2021 and 2022 with vehicles (cars, motorcycles, trucks, quads and SSVs), teams and drivers will be played under official license, in multiplayer and single modes.

Due to time constraints, we were only able to play two events in the Dakar Desert Rally. However, the live experience has given us the opportunity and we look forward to being able to test this new opus in depth when it is released soon. The Dakar Desert Rally has everything to become the great surprise of the year in terms of racing games.

It was our first race in Sports difficulty mode. The first level of game difficulty, this mode represents a real revolution for the franchise. In fact, unlike Dakar 18, this time the Sport mode offers a complete arcade gaming experience with highly simplified navigation and racing that competes directly with other drivers and not against time. This selection assumed by the developers offers frantic races where the fun is all around.

Driving the SSV of former motorcyclist Carlos Chica, our 8 minute race was intense and full of twists and turns. The latter consisted of connecting the crossing points marked with yellow halos in our field of view, to the finish line. In this mode, especially suitable for beginners or fans of arcade racing, we were able to rub our shoulders with our opponents, get them to make mistakes, or suffer from lightning. By not having to keep an eye on the road book, or pay attention to our co-pilot’s indicators, we were able to focus all of our attention on the buggy’s physics and perception quality.

Good news, it looks like the Dakar Desert Rally is at these points light years away from its predecessor. SSV responded perfectly to our input and the physics of the vehicles seemed consistent. Above all, we kept our car in control, despite some noticeable damage following collisions. Sure, we weren’t quite up to the Wreckfest, but the experience was very satisfying for a first find. Dakar 18 owners know that driving was a huge downside, as cars could stop even in a straight line on a safe road.

Production-wise, our test was engaging and compelling, with first a ravine and then a final in a desert area. Light and particle effects decorated a scene that was very pleasing to the eye at high speed. We were also surprised that abbreviations could be used in certain places. And so we were able to take a road that’s high compared to the main road, on the side of the mountain, which ended in a dead end…unless we made a giant leap in death from the wing of a crashed plane. In the absence of realism, our pleasure in overtaking a few competitors via such a desperate maneuver was intense. This little arcade-mode excursion has done its job perfectly. 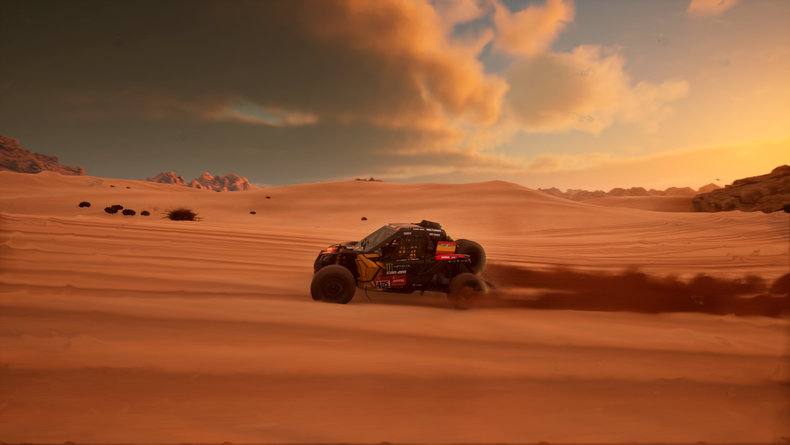 Let rally-raid fans rest assured, the game’s professional difficulty mode and simulation are still just as accurate and realistic as the Dakar 18. In these two modes, we find the very specific ethos and rules of rally raids, where a sense of direction and expert reading of the road book play an essential role (especially for bikes). firearms and quads where we do not get verbal assistance from the co-pilot).

Our second race was in Pro mode and there we found all the flavor of a Rally Raid event. Still at the wheel of Carlos Checa’s SSV, we quickly found ourselves struggling to find our way, amid the hustle and bustle of Hall 4.2 in Koelnmesse and our discussion with one of the game’s developers. Our assistant (in French) somehow allowed us to reach the end but in a pitiful place in the final classification. In this setting, the SSV command was intended to be more realistic; The constraints of the environment have severely affected the behavior of our car. According to the studio, we’ll have to practice our skills in other rally raids before we can embark on the legendary Dakar event.

With that said, our playing time was too short to get an accurate idea of ​​the potential of the Dakar Desert Rally, but knowing very well the episode published in 2018, we are already aware of the big leap made by Saber Porto. The title looks really promising and is suitable for a wider audience: fans of the franchise with its Pro, Simulation and Beginner modes with a complete overhaul of the Sports mode and its arcade gameplay. Our flying experience was so reassuring, that we are eagerly awaiting the final. We can’t wait to experience the quality of this new open world and gameplay of other vehicle classes.