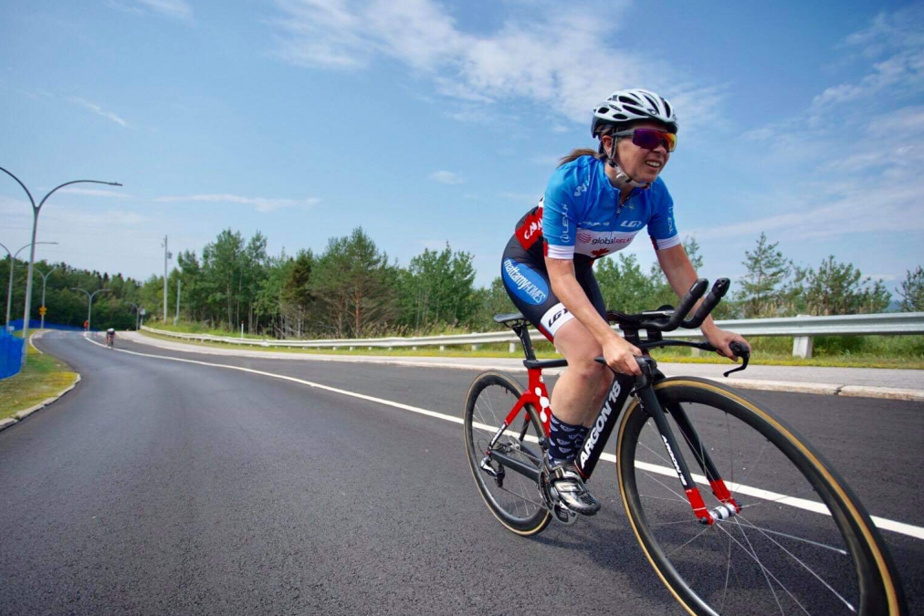 (Montreal) In her own words, Marie-Claude Molnar wasn’t at her best on Friday, in Belgium, as she competed in her first international road cycling event of the season. Quebec still managed to start its campaign on the podium, taking third place at the time of the trial in the C4 class.

“It was a very tough race, that’s for sure! I pulled out right from the start in an interview with Sportcom.

“We had really good conditions to race, but in terms of looks, I can’t say I was 100%. There are days when you have little legs and today (Friday) was a day like that.”

It is the same sense of pride that pervaded Longueuilloise at the end of this contested event over 20 kilometers away in Ostend. She persevered to complete the top three, just over two minutes ahead of American Samantha Bosco (29:31.08) and in pole position.

Kelly Shaw of Saskatchewan (1 minute 18,777 seconds) was decked out in silver at the end of this race, to the delight of her maple leaf teammate.

“With two Canadians on the podium, we can say the job is done in the first event of the season,” she said. It wasn’t necessarily perfect from a personal point of view, but it was still a good performance overall. »

On her last international trip, at the World Championships in Cascais (Portugal) in June 2021, Marie-Claude Molnar won both world titles in C4. However, she missed her Paralympics appointment due to technical details and canceled the competitions during the qualification process for the Tokyo Olympics.

Almost a year later, the 39-year-old wants to “start over with a blank page” and build on his upcoming events to find his rhythm, starting with Sunday’s scheduled road race, which is still near Ostend.

“I came to Belgium to put in good performances and simply do my best. This is an opportunity to start on good foundations. In terms of strength, everything is there, so it bodes well for Sunday. It will be an intense race, but I am optimistic that I and my agent will be able to stand out.” one more time “.

Luis Albert Corivo Julien (St Clair) and Michael Shettler (Point Claire) also compete in the race streak in T2 on Saturday. The Quebecans finished ninth and tenth respectively in the time test in their class on Thursday.